Woman, 36, is fined £100 for leaving rubbish next to her bin despite being unable to reach the lid because she has dwarfism

A woman has claimed she was fined for failing to put two cardboard boxes into a bin despite having dwarfism which prevents her from reaching the lid.

Tia Goldsmith, 36, alleges to have been threatened with legal action by Plymouth City Council, Devon, for leaving the boxes in the wrong place.

She said her Achondroplasia disorder meant she was unable to lift the items into her own recycling bin.

Tia, who is 4ft, unpacked a new fireplace and struggled to put the packaging into the bin in the communal alleyway.

She tried to reach up and put the boxes in the bin but failed because of her height and left the packaging next to her bin instead.

She was surprised to find they were not taken, later spotted by a law-enforcing officer, and received a £100 fine from Plymouth City Council for littering in public.

An appeal was lodged on the grounds that her height which is a result of growth condition prevented her from storing all of her recycled waste. 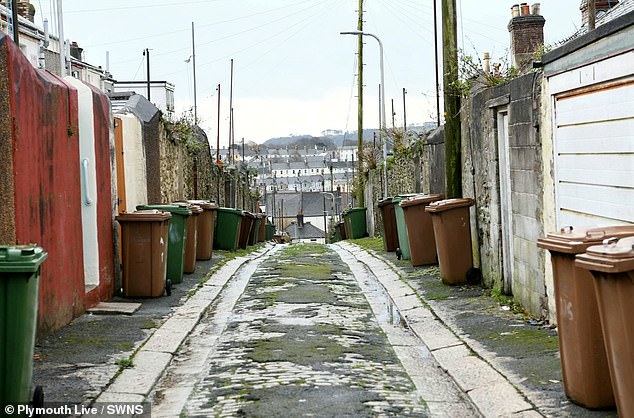 An appeal has been lodged on the grounds that Tia’s height, as a result of Achondroplasia disorder, prevented her from storing all of her recycled waste (pictured). She described it as ‘disgusting’ and Plymouth City Council’s treatment of her ‘unacceptable’

But the Derriford Hospital oncology department in Plymouth claims her plea has fallen on deaf ears.

And she now has to settle the fine immediately or run the risk of being taken to court.

The council meanwhile says it cannot explain the full circumstances whilst the case remains ‘ongoing’.

Tia, of Plymouth, Devon, said: ‘I think it’s disgusting. I’m worried about what will happen – I am a law-abiding citizen. I have never even gone to a magistrates court.

‘The way they are treating me, and the way they have gone about it, is unacceptable.’

She is determined to ‘fight it until the end’ even if she has to pay the £100 to the Plymouth council.

She added how there is ‘no logic’ in the council’s behaviour and warned others they will face extra costs if they cannot squeeze everything into their bins.

And she believes she’s been made a scapegoat for a recent spike in fly-tipping in her area.

Her personal details were on the boxes giving the council opportunity to blame someone, she claimed. 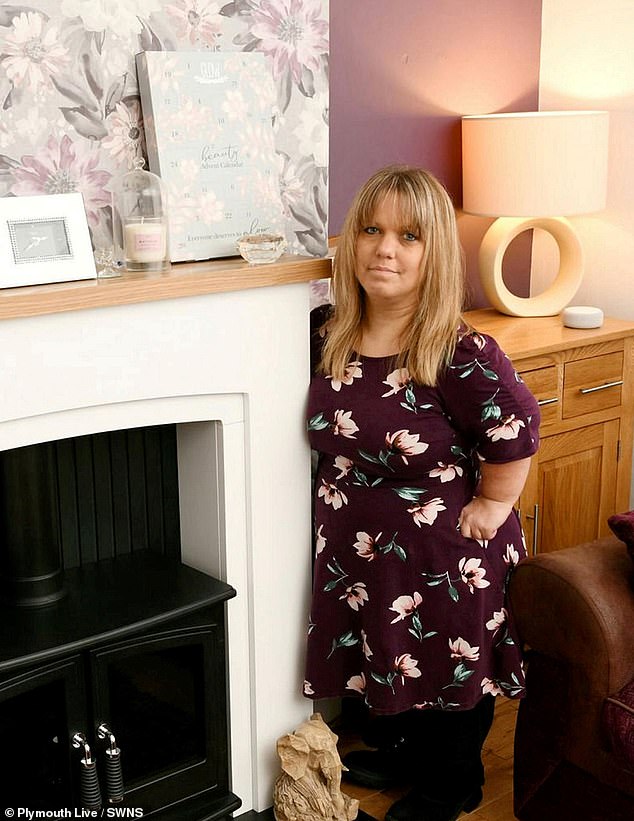 The 36-year-old hoped the council would have understood and picked up the bins but instead were only taken by anti-litter enforcer. She claimed the Disability Discrimination Act says rules can change for people with a disability

‘I told the council about my condition, that it’s difficult for me, to reach the bins at the best of times.

‘I said, under the Disability Discrimination Act, it can actively change its procedures for people with a disability.’

Tia says her circumstances have been ignored by council officials and ‘no one has taken ownership’.

‘I’ve been told I should have checked to see if someone had come to collect my rubbish on the day.

‘But no-one checks that someone has collected their rubbish.

‘You just expect, when you pay council tax, for someone to come along and pick it all up.’

Plymouth City Council said: ‘We are unable to explain the full set of circumstances that led to this Fixed Penalty Notice being issued because it remains an ongoing case.’

Fly-tipping is a regular issue and fixed penalty notices is one of the ways they are trying to tackle it, according to the spokesperson.