A Woolworth’s store manager has been ordered to handover a rare diamond ring after its previous owner claimed it was stolen from his terminally ill wife.

But the previous owner, widower Norman Paton Campbell, 68, said the ring had been taken from his late wife, Gillian, who ‘had a deep love of jewellery’, according to The Courier Mail.

The pink argyle diamond ring, worth $106,370, belonged to the late Gillian Campbell who ”had a deep love of jewellery’ (pictured)

Melrose was initially reluctant to give back the rare ring because she had purchased it ‘in good faith’ from a ‘legitimate business’.

In a civil proceeding unrelated to the theft, the courts ruled she must return the prized possession to the original owner by August 17.

Gillian was bedridden and on the brink of death when her collection of jewels, worth $394,747, were swiped from her bedside table on November 18, 2012.

The court heard Gillian told her husband ‘jewellery had been disappearing from her dressing and bedside table’.

Mr Campbell said he noticed the missing pieces several months after his wife died and filed a report with police listing the 104 items.

The stolen jewellery was pawned at various stores for $9,296 by Joshua Patrick Backshall. 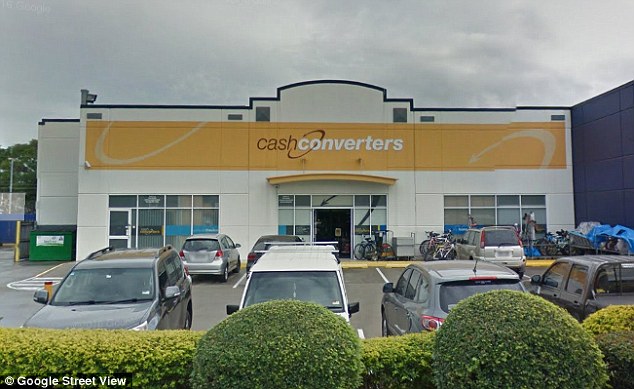 The pink argyle diamond ring, worth $106,370, was snapped up by thrifty shopper Veronica Melrose, 62, from a Cash Converters (pictured) for $24,000 in Queensland

Backshall, 31, also stole cheques worth $8,600 from Mr Campbell. He pawned the items by falsely signing declarations that he was the owner, according to The Courier Mail.

Backshall told police he stole from the Campbell family because he was desperate to pay off large debts.

The 31-year-old was convicted of stealing and fraud in March 2016 and was eligible for parole in December last year.

Ms Melrose has no connection to Backshaw and has no been accused of any criminal activity. 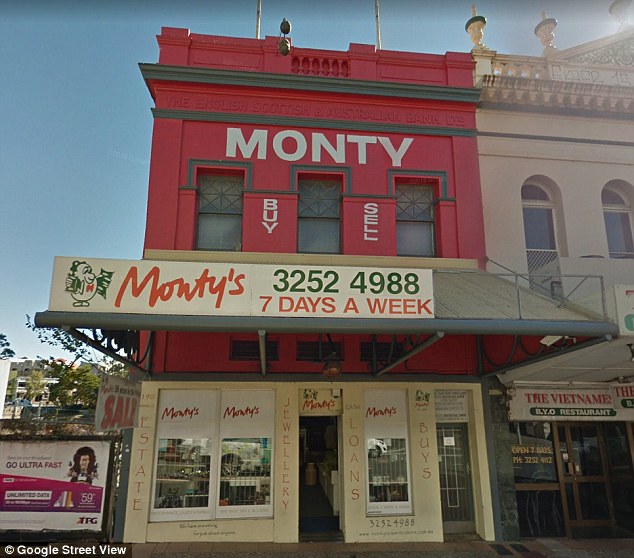 The stolen jewellery was pawned at various stores (pictured) for $9,296 by Joshua Patrick Backshall