Woman left in critical condition after hit on motorcycle

An Arizona woman is in critical condition after a teen prank caused a devastating motorcycle crash.

Ron Bondy and his fiancée Linda Gonzalez were travelling on a motorcycle down Evergreen Avenue in Tuscon, Arizona when their vehicle ran into a rope strung across the road as a part of a teenage prank.

The crash took place on Wednesday February 7 around 3:30 when Ron bent down in time to avoid getting hit by the strand, but Linda got a full blow of the rope to the face, causing serious injuries.

Ron Bondy and his fiancée Linda Gonzalez were traveling on a motorcycle when they ran into a teenage rope trick in Tuscon, Arizona 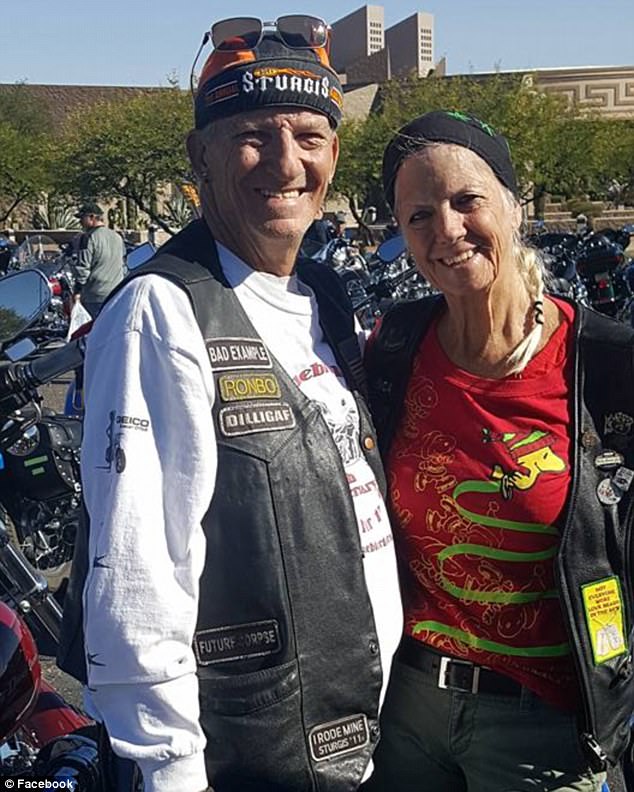 The couple, pictured above in motorbike gear surrounded by bikes, were familiar with riding

The rope stretched across the street tied to a mailbox on one end and to a tree on the other.

‘It hit her in the mouth. It almost took her off the bike and just ripped her apart,’ Ron said to KVOA News4.

The prank caused severe injuries to Linda who was taken to the Trauma Unit at Banner University Medical Center in Tuscon with non-life threatening injuries. She was induced into a coma for her injuries to her face.

She suffered extensive facial damage and surgeons had to use four titanium plates to repair her face.  Her lung was also bruised and her jaw split.

Doctors had to install chest feeding and tracheal tubes.

She also will undergo reconstructive surgery for her eye sockets this week after her eyelids were intentionally sliced open to relieve pressure and stitched up afterwards.

She will likely need more cosmetic procedures for her face.

‘She is very badly hurt and is gonna be here a while. She is currently sedated and incubated and receiving blood as she was bleeding so heavily and they can’t fond where from damage is to facial area, mostly mouth she has SEVERAL facial fractures and don’t know much else at this point (sic),’ he wrote the day of the crash.

On February 8 he wrote she would be in the ICU for the ‘forseeable future’.

On Sunday February 11 Ron shared that Linda was removed from a ventilator and is breathing on her own.

‘So, Linda is in surgery Extensive facial damage, lots of titanium Her palate is fractured, jaw is split, etc Have another surgery next week to repair fractures of eye socket Good news is NO cervical or spinal problems (sic),’ he wrote.

Linda’s latest health update from Thursday February 15 revealed she has pneumonia but is powering through.

‘So, except for about a 90 minute island of tranquility, another rough night for Linda She, of course, has pneumonia (quite common in this situation) Still on the Vent (NOT intubated) (sic),’ Ron wrote. 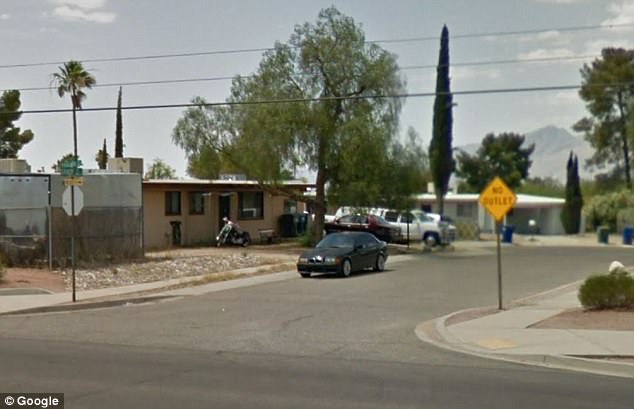 Scene of the crime: This is the area of Evergreen Avenue in Tuscon where the accident took place where the bike crashed into a rope held by teens in a part of a prank 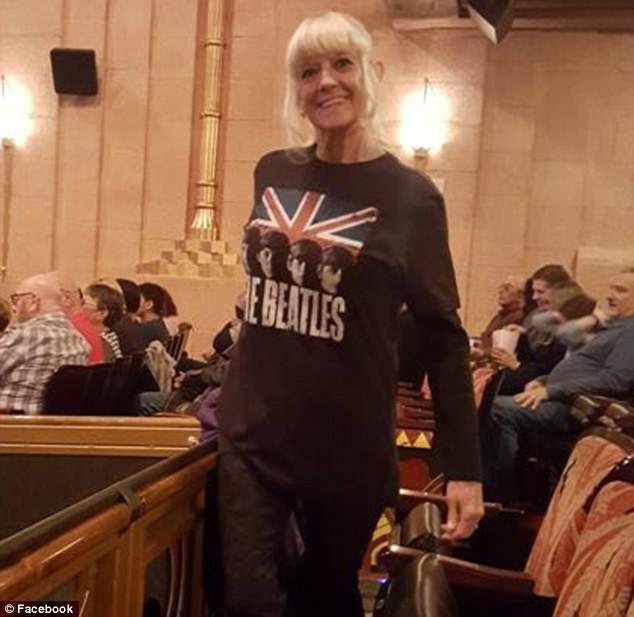 Linda, above, was taken to Banner University Medical Center to address the serious injuries to her face 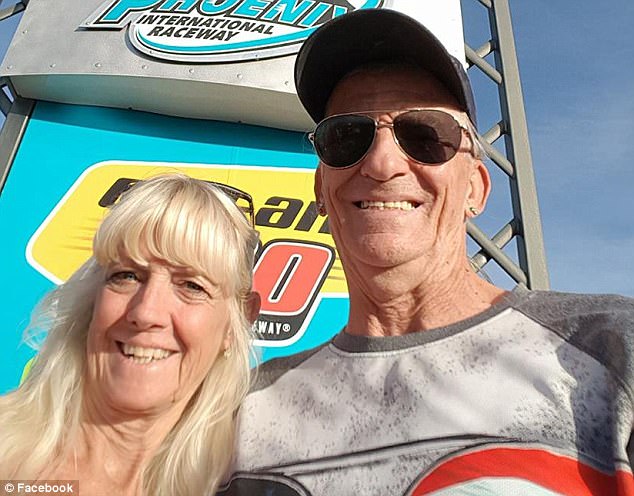 ‘Surgery delayed once again; hopefully Saturday She is still powering thru with what I consider a strength I couldn’t approach Not a whimper, whine or complaint Please continue your prayers and THANK YOU again and again for your support We feel it and draw from it God Bless,’ Ron added.

As for the cause of what the family believes to be a prank, Ron and family are pleading for witnesses to come forward.

Ron’s daughter, Marie Bondy, said she is hopeful someone will come forward with information.

‘Whoever they are, they’re inhumane, absolute monsters,’ she said to KVOA News4.

‘I can’t imagine who would do something like that. I really hope that whoever is responsible is brought to very swift and strict justice because we are very, very distraught,’ she added.

Ron revealed he was traveling at 15 to 20mph when the accident took place, according to Tuscon News Now.

He said moments before the crash he saw a young male run down the sidewalk then dash down an alley. He was wearing all black and had black curly hair.

The Tuscon Police Department found a nylon rope tied to a community mail box and a small tree on the other side of the street as well as shoe prints near the mailbox.

Police will test the rope for traces of DNA.

A witness on the scene said he saw four young males, two white and two black, all between the ages of 15 to 18 holding the rope while standing next to the mailbox, according to Tuscon News Now.

When they noticed the witness looking at them they dropped the rope and ran away.

The white juveniles have been described as shorter in height. One wore red shorts.

‘She’s funny and she’s loving. Her heart is as big as this hospital. Pray for her. She’s a beautiful woman and she’s going to be beautiful again,’ Ron said.