An Aussie woman has made a list of the things Australians say and do which make them appear ‘weird’ to people from other countries.

They include having on and off switches on wall plugs, to using PayWave, ending sentences with ‘but’ and refusing to use the clothes dryer on a sunny day.

Australian social media personality, Tannar, ran through the things people from other countries just can’t wrap their heads around.

Australian social media personality, Tannar, ran through the things people from other countries just can’t wrap their heads around – including power switches 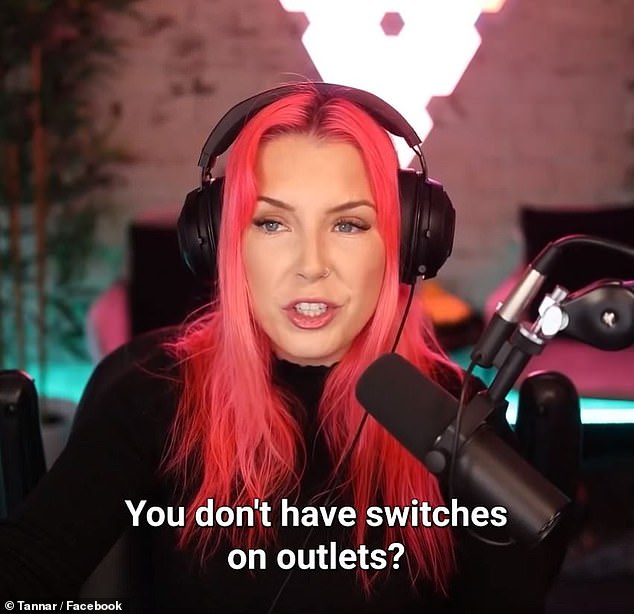 Most other countries have switch-free power outlets, so the switches leave them confused

crazy aussie things which make us weird!? Like my page for more videos 👇

The six-minute video begins with a picture of a frozen Coke and Tannar explaining they don’t exist anywhere else.

The next thing the young woman took aim at is PayWave – something not used widely anywhere else.

She said the convenience of tapping is a no-brainer and asked why people would ever want to sign anything.

She also noted that in Australia people tend to dry their clothes in the sunshine, on lines erected in their yards or lounge rooms – a foreign concept to many, especially Americans.

She called the clothes dryer a forbidden appliance to be used only in the case of an emergency.

What ‘normal’ things do Australians do which confuse everyone else?

Have chicken salt on chips

Have switches on power outlets

Have pedestrian crossings with sound

End sentences with ‘but’

Refuse to use dryers when sunny

She also mentioned fairy bread and chicken salt in her spiel, two Aussie favourites not found anywhere else in the world.

One man said he tried fairy bread, explaining to his American followers that it is buttered bread with sprinkles, and ‘understands why it is such a big deal’.

‘Why are people so confused by this, it is delicious,’ she said.

But she said she could kind of understand the food-related confusion.

The next topic, power outlets with switches, she can’t fathom.

Most countries don’t have switches on the outlets – blowing the young woman’s mind. 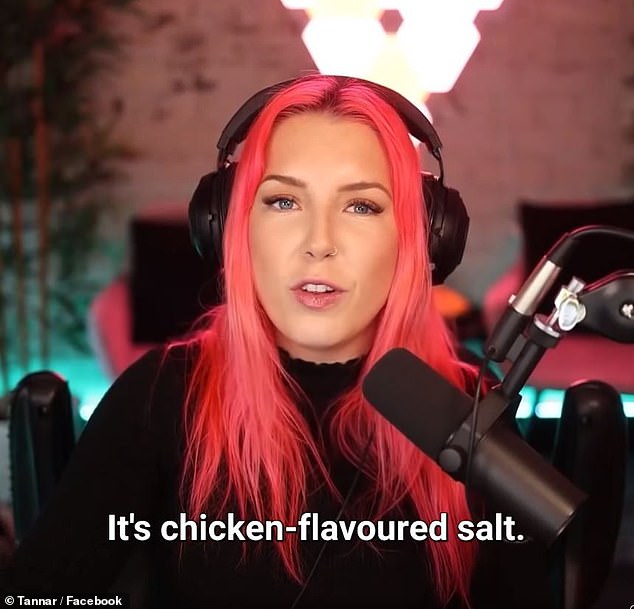 Australians also wear helmets every time they ride a bicycle – a safety precaution not seen elsewhere in the world.

The next, surprising thing on the list that people are confused by are pedestrian crossings.

In fact it so unusual Billie Eilish used them in her song ‘Bad Guy’.

Tannar explained to her  audience the noise was so visually impaired people could cross the road safely and was shocked the feature wasn’t widespread.

Bad WiFi, dual flush toilets and ending sentences with ‘but’ or using the word ‘reckon’ too frequently were other issues foreigners pointed out.

She looked at one comment which bagged out common terminology for a playground staple.

‘I just found out Australians call slides slippery dips, you people are weird,’ the message read.

Tannar immediately hit back and said ‘slippery dip’ was obviously a better term.

The way Australians pronounce overseas brands, like Adidas, is also a ‘weird’ according to foreigners.