A family in Florida who took Christmas photos at a park got more than they bargained for when a woman appeared and started screaming and cursing at them, and it was all caught on their camera.

It was a sunny Sunday afternoon so Nickolette Mottola, along with her boyfriend Angel Ruiz, and their friends and children went to Orchid Park in Coral Springs with some supplies. The group of eight brought a blanket, a crate and a small Christmas tree as a prop for the little ones.

While Mottola’s group played country music, a nearby party at the park with a bouncy castle was playing music louder.

A man appeared from behind a fence and told the group they were breaking the law. Then, his irate wife, Debbi DeCaro appeared.

‘Every f***ing day!’ An irate Debbie DeCaro angrily confronted a group of park goers who were taking Christmas photos 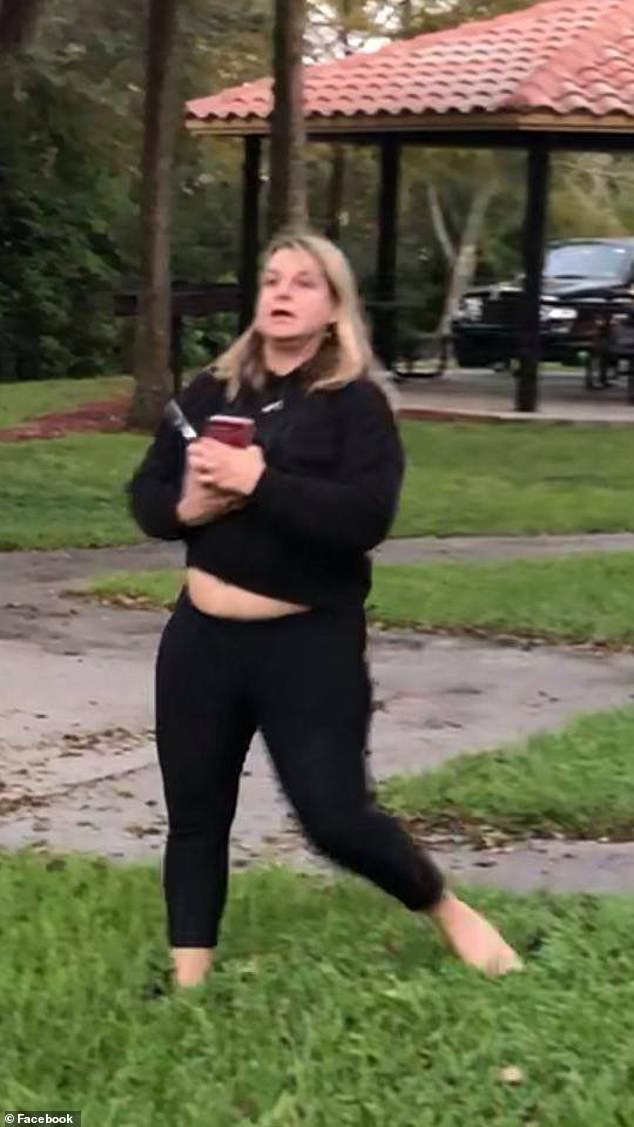 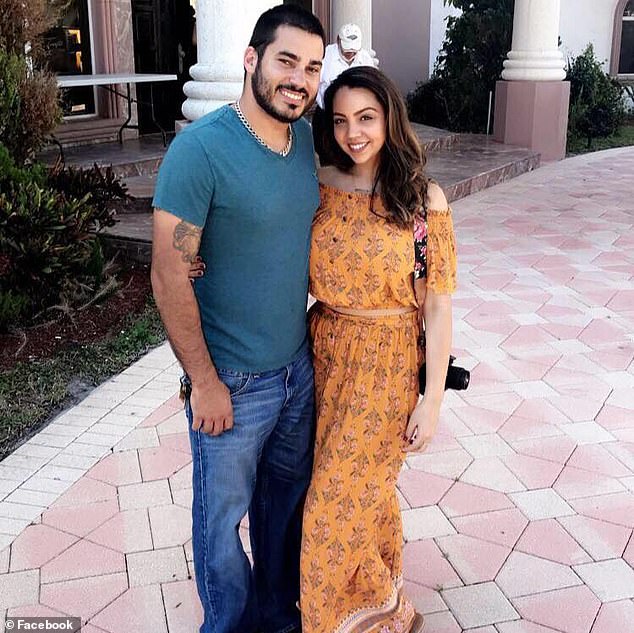 Angel Ruiz and his girlfriend Nickolette Mottola say they were not taking professional photos in the park when DeCaro came out and started screaming. Mottola does own a professional photography business, according to her business’ Facebook page

‘We were leaving, and this lady appears and starts screaming at us and spewing profanity,’ professional photographer Ruiz told Coral Spring Talk.

An incensed DeCaro accused the group of using the park as a photo studio. She was also was angry that they were there the day before.

‘Every week, they were here yesterday…yesterday! Every weekend,’ shouted DeCaro as Ruiz videod the incident. DeCaro continued to berate the group, adding ‘Every f**king day. This is not your studio.’

However Mottola does own a professional photography company according to a Facebook page for her business.

‘Meanwhile there were six other people taking pictures at the park,’ said Mottola. 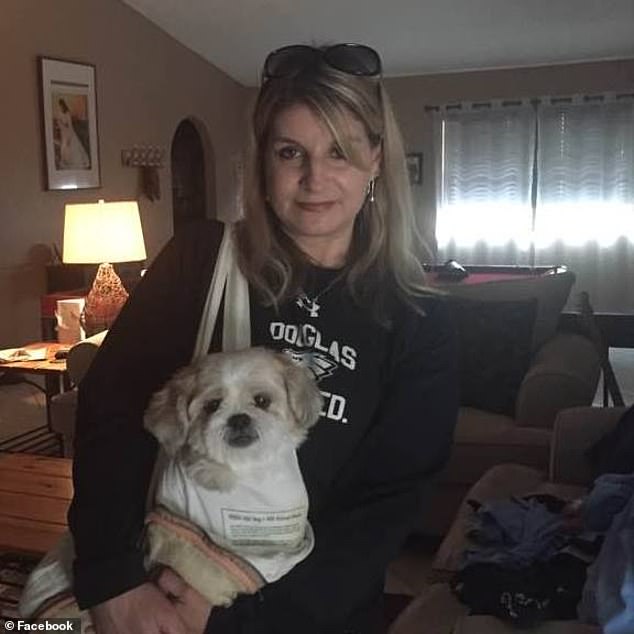 Debbi DeCaro’s property sits off of Orchard Park. According Ruiz and Mottola she had a number of run ins with park goers over the past two weeks- specifically with people taking pictures in the park 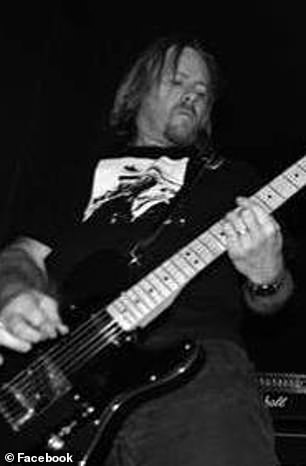 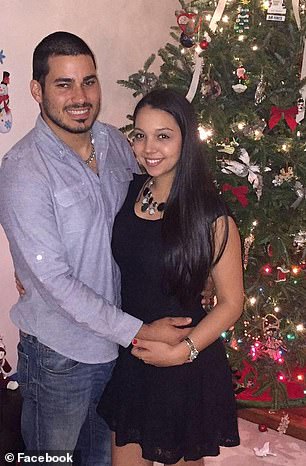 Craig Richardson (left) who lives with Debbi, was the first to say to the group that they were breaking the law before Debbi came off of her property and started screaming at the group who were taking Christmas photos

Earlier in the day, Ruiz says a woman was taking photos of her sister for a maternity shoot.

Ruiz said: ‘After we walked to the parking lot, she’s screaming at the pregnant lady.’

According to Ruiz after they posted the photos to Facebook, someone alleged the same couple sprayed someone with a power washer the previous week.

The park ranger told the group they weren’t doing anything wrong, but the children in their group were upset by the woman’s erratic behavior.

‘We had two kids, and one started crying and other kid started crying from the nearby party. A father was fishing with his son and his kid was upset. Then they left,’ Ruiz added.

You can hear a baby crying at the end of the first clip in the video.

Soon after Ruiz took a second video of DeCaro who went to her car and held the horn down for five minutes. 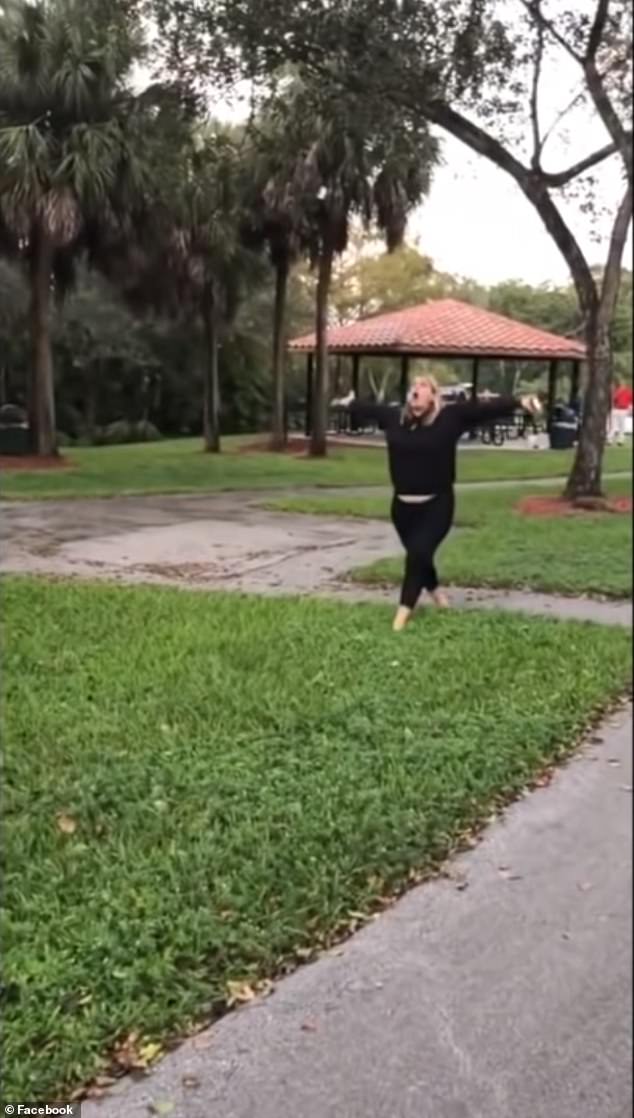 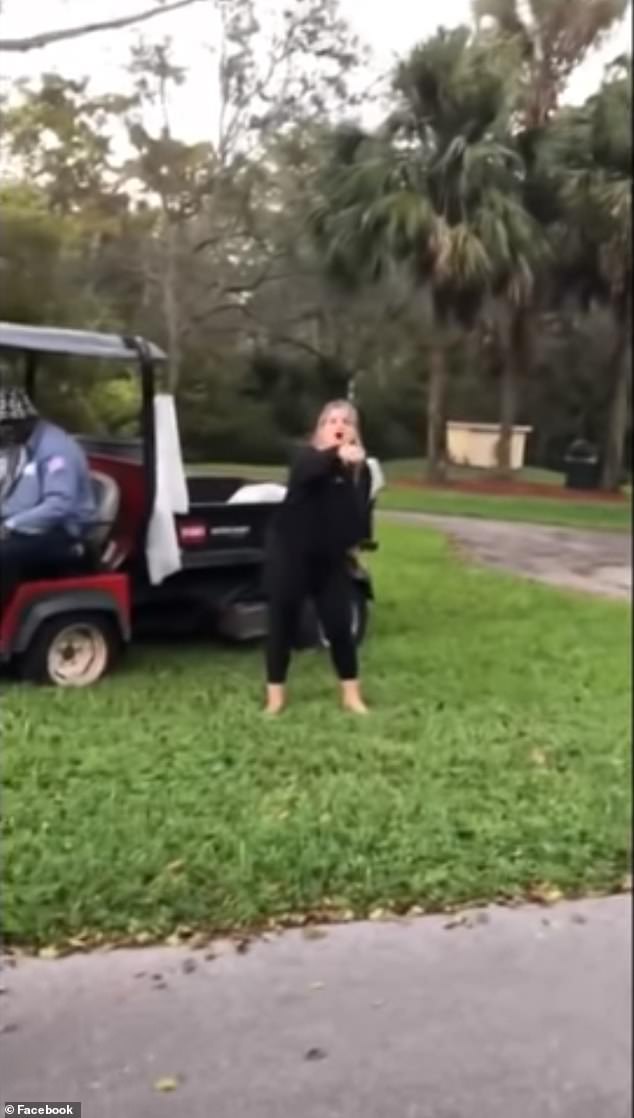 Louis, Goldstein, Assistant Director Parks and Recreation for the City of Coral Springs said that families are allowed to use the park, but if someone is taking professional photos they need a permit 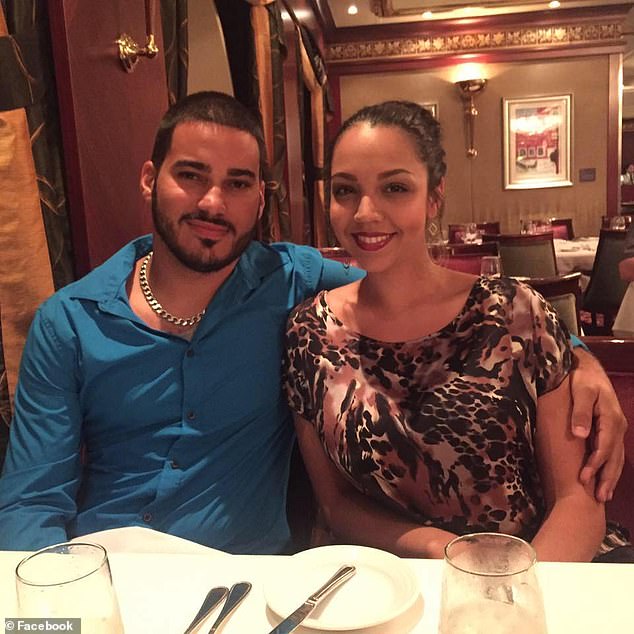 Ruiz and Mottola were upset that DeCaro cursed at them, and were particularly upset she was hurling profanities in front of children

Louis, Goldstein, Assistant Director Parks and Recreation for the City of Coral Springs said families can use public parks but if they are a professional photographer they will need a permit.

‘If they operating as a professional, then we inform them of this,’ he said.

Goldstein added, ‘We’ll speak with the neighbor if necessary.’

‘You live behind a park. Its like living behind a train station and being upset about trains, ‘ said Ruiz.

He says there was no need for the profanity.

‘We never cursed. We were nice to her husband. There was no need to get so berated, especially with kids around.’