When her weight loss journey first began, Tori Smith avoided taking fitness classes because she felt too intimidated – and opted for yoga instead.

But one day she mixed up the timetable and stumbled into a class that combined circuits, body weight exercises, and kettlebells.

She didn’t know it at the time, but that one mistake would change the course of Tori’s journey, and her life.

Tori Smith, 24, lost 20 kilos and became a personal trainer after she was inspired by a group fitness class she took on accident 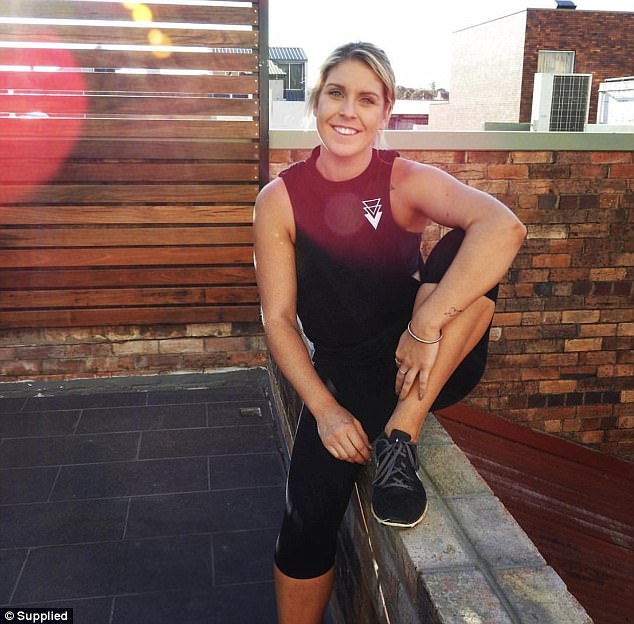 Tori, from Melbourne, has been teaching boot camps and training people now for three years

Tori’s struggles with weight only began when she turned 18 years old and left school, no longer playing the team sports that had kept her active in her youth.

‘When I left school I kept eating as if I was playing that much sport and I just slowly gained weight over two years,’ she said.

The Melbourne native had developed a ‘terrible relationship’ with food, cooking herself pastas, potato bakes and eating plenty of chips.

‘I used to come home and ask my roommate to bring me a bag of Pods every second night and sit there on the couch and eat that,’ she said.

‘I had no idea when it came to healthy food.’

And Tori, of Melbourne, had almost stopped exercising entirely.

By the time she was 20, Tori was tipping the scale at 87.8 kilos. One night she looked in the mirror and knew she had to make a change. 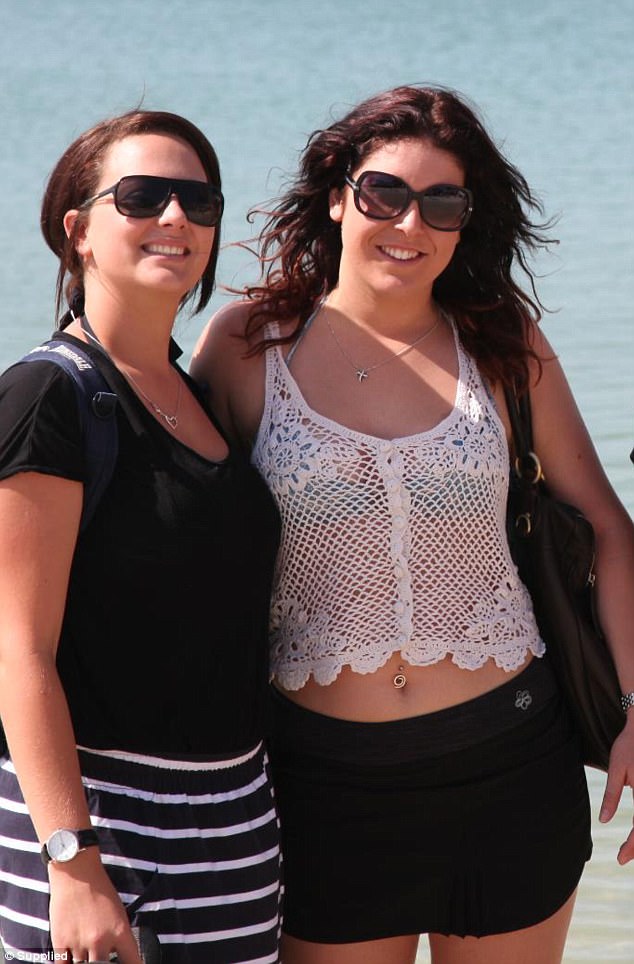 Tori’s struggles with her weight began when she was 18 years old, when she stopped doing team sports and started eating a bag of Pods every second night 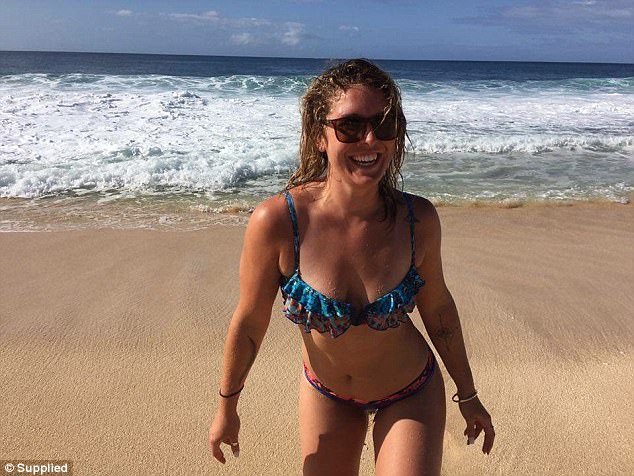 ‘I was just not happy,’ she said. ‘My confidence was suffering, I wouldn’t go out for dinner or drinks with friends because I was too self-conscious.’

‘My 21st birthday was coming up and I said that’s it, I’m going to look good and feel good.’

Tori, now 24, set her alarm and that very next morning she decided to go for a run around her block.

She signed up for yoga as well, but at first avoided any other fitness classes offered at the studio.

‘I felt too intimidated to go to group fitness classes,’ she said. ‘I thought I was too unfit.’

But then came that fateful day when she walked into the circuits class and felt too embarrassed to leave.

‘I told myself, “I’ll just do it and never come back”‘, she recalled. ‘But I ended up really enjoying the class. I felt so accomplished.’

‘Everyone in there was just like me and the girls who were more fit were inspiring, they weren’t judging.’

Although the first two weeks were the hardest, Tori felt amazing after losing five kilos. 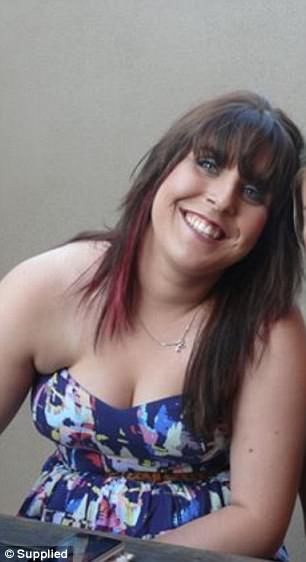 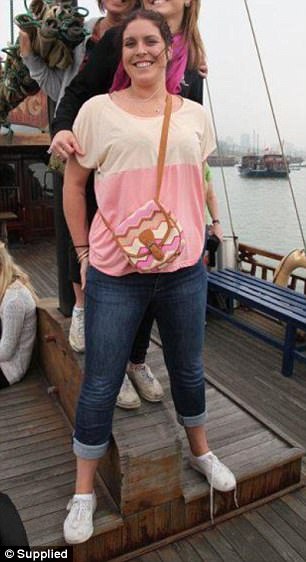 By the time she was 20, Tori was tipping the scale at 87.8 kilos. One night she looked in the mirror and knew she had to make a change 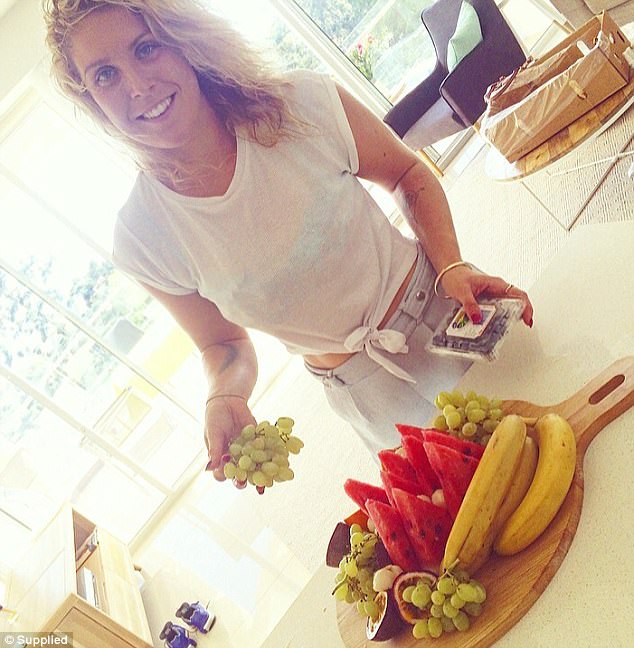 But she found herself still feeling self-conscious when she looked in the mirror, thinking about how much more weight she wanted to lose.

‘It’s an up and down journey,’ she said. ‘You get on the scale and you lost five kilos and are so proud of yourself, but sometimes I’d get really disheartened as well.’

But it was when Tori began to see a personal trainer who taught the fitness classes at her studio that she changed her outlook.

‘He explained why I was doing what I was doing and what it would do for my body,’ she said.

‘I dropped the mentality about losing the weight and started making decisions based more in self-care instead of vanity.’

Tori was also becoming more and more interested in the training and researching at home as well.

‘It was like a tumbleweed that kept gaining momentum,’ she said. ‘The more I read, the more I wanted to know.’

Tori lost 20 kilos and, after six months, her personal trainer pulled her aside and asked if she had ever considered becoming one herself.

‘He could tell how much I was loving my journey and saw I was sharing all this stuff with the other ladies in the gym and giving them tips,’ she said. 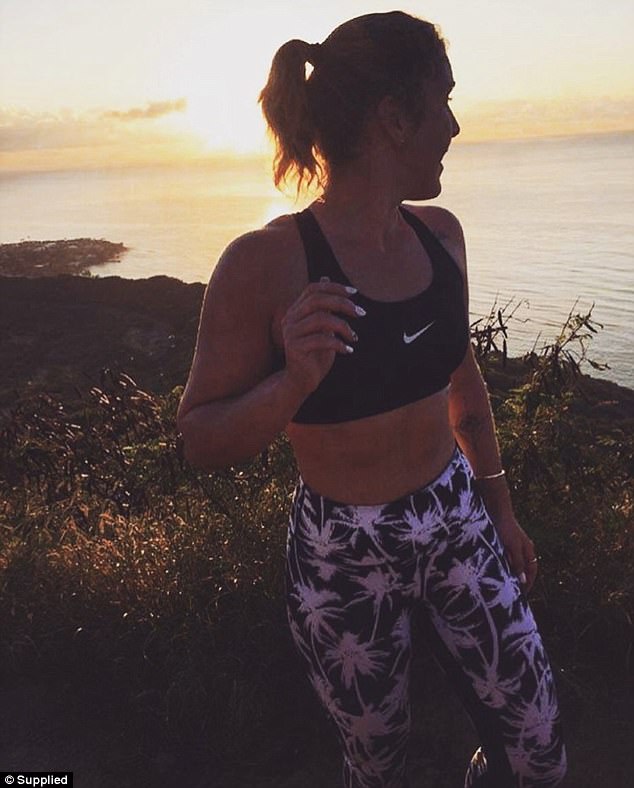 But one day Tori mixed up the timetable at her studio and went to a fitness class instead of her usual yoga, and ended up loving it 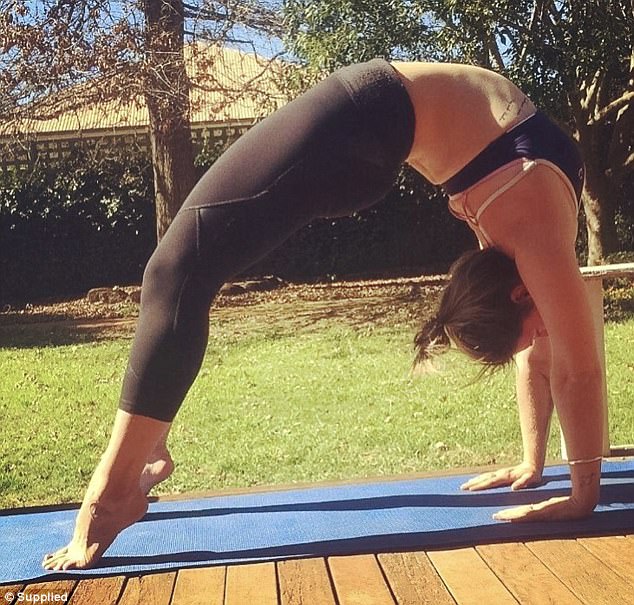 She started seeing a personal trainer and after six months, he inspired her to sign up for a course and learn how to become one herself

‘He said, “You’ll love it, you’re so inspiring to the girls and if you study I’ll be your mentor and I’ll give you a job at the end of the course.'”

Tori was so motivated that she finished her six-month correspondence course in eight weeks.

‘I was that keen to help people feel how I felt,’ she said. ‘I would literally come home and smash out three subjects in one night. I put myself in hibernation and got it done.’

It was studying to become a trainer that helped Tori realise that treating her body well meant she had to learn to love it as well.

‘I got into fitness because I hated my body and that meant I wasn’t treating my body right beforehand,’ she said.

‘But I wasn’t treating my body well at the start of my journey either because I was so pessimistic and down on myself. I wasn’t focusing on the positive little changes I was making, but rather how far I still had to go.’

In the four years since her weight loss journey began, Tori has learned that a ‘holistic’ approach to her well-being is what works best.

‘I don’t miss out on going to drinks with friends or having a slice of birthday cake, that whole deprivation thing doesn’t work,’ she said. 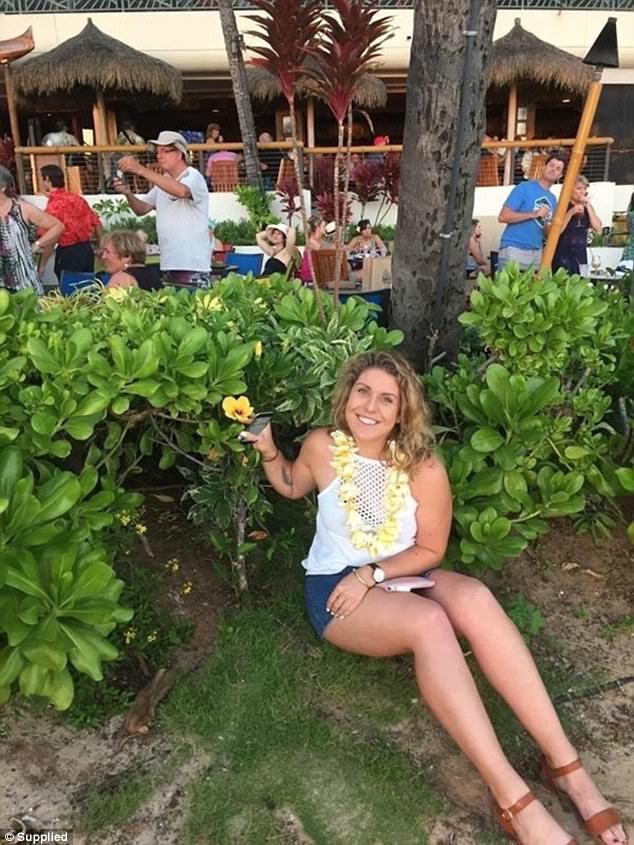 Instead Tori chooses to have a plant-based diet, using a lot of herbs and spices to give her cooking flavour instead of heavy sauces.

Tori makes sure her workouts are just as varied as her diet, using ClassPass so she can do everything from Pilates to boxing and HIIT.

her own weight loss journey.

‘We’re every day women just training to be healthy,’ she said. ‘We’re not training to be chiseled and shredded, but healthy and confident rather than focusing on vanity.’

And what Tori has loved most about personal training is the chance to get to be a part of every single one of her client’s journeys.

‘It’s so uplifting, the messages that I get every day, the stories I hear about literally changing people’s lives for the better,’ she said.

‘I see myself as a regular person, but my clients say “you’re so inspiring.”‘

‘It never gets old knowing that you’re actually able to help someone feel better about themselves.’