A woman in Washington DC allegedly urinated in a cup on a bus before pouring it on a female driver.

Police are looking for the woman who was captured on surveillance video throwing the cup of liquid at the driver Saturday evening.

She dropped the cup before exiting at a stop and running away.

The urine hit the driver in the face.

Authorities believe she relieved herself on the back of the bus near other passengers.

The woman was standing near the door waiting to exit the X2 bus at about 6.15pm. 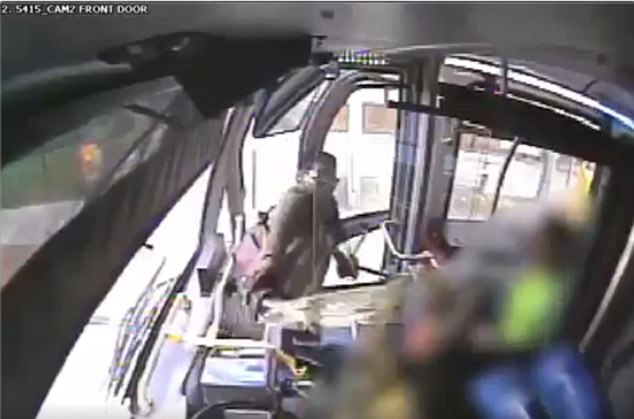 Metro spokeswoman Sherri Ly says the passenger was getting off when the bus operator told her, ‘have a nice day.’

She responded, ‘Are you talking to me?’

After the driver replied ‘yes,’ she reached around the driver’s plastic shield and dumped the liquid. 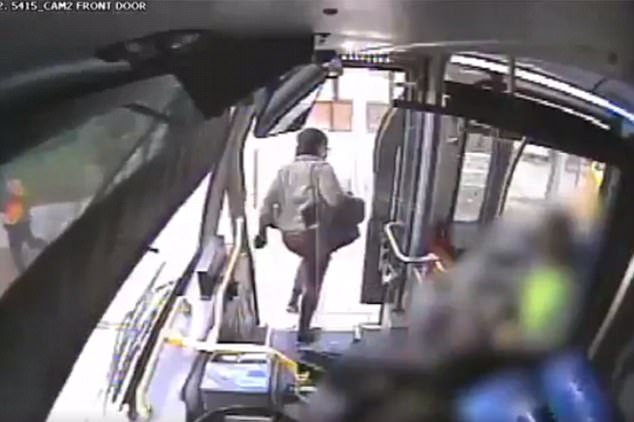 The driver went to a hospital for ‘decontamination,’ although she wasn’t injured.

There is no apparent motive for the assault, besides being wished pleasantries.

‘I can’t think of anything the operator did to warrant the assault,’ Pavlik said.

The local Amalgamated Transit Union says Metro should do more to protect drivers. 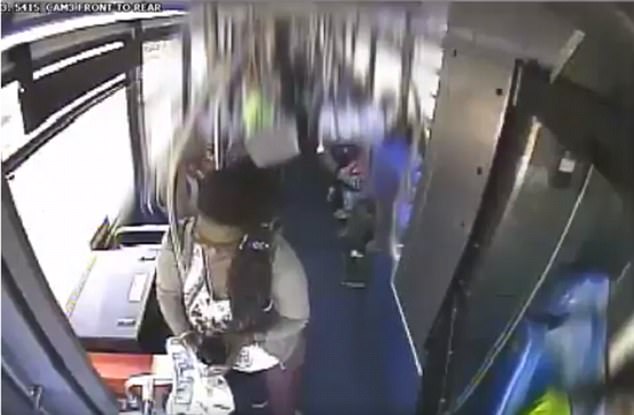