From turning up a bit late to no texting beforehand and even keeping your relationship expectations under wraps, a young woman has revealed the 11 rules she swears by on a first date.

Brenna Berg, from Dallas, Texas, has a boyfriend but shared her biggest first date dos and don’ts she thinks everyone should implement in a viral TikTok clip.

‘Take my advice, I’m begging you,’ the 25-year-old captioned the video in which she lists the dating rules, including never letting them pick you up, stay off your phone and wait three days before the second date.

Brenna Berg (pictured) from the US, has gone viral for revealing her dating dos and don’ts in a TikTok clip including never letting your date pick you up or telling them your relationship expectations 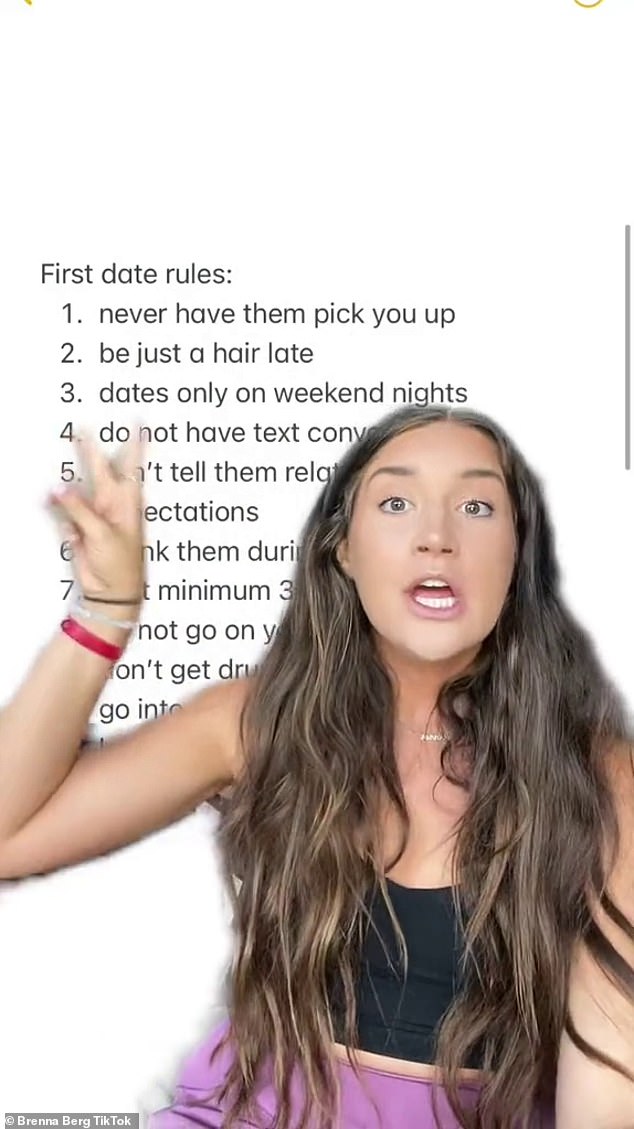 Brenna’s first rule is to never let the man pick you up in their car to avoid ‘awkwardness’.

Brenna’s 11 rules for a first date

Similarly, Brenna’s second rule is to always ‘be a hair late’ so you can walk in rather than be sitting there waiting for them to arrive.

Thirdly, Brenna said she would only go on a first date on weekend nights.

‘During the week I have to get up early, I’m tired, I want to have time to get ready and enjoy it,’ she said.

‘And this shows this man does not go out with his boys every Friday and Saturday night. If he’s making time for you on a Friday or Saturday night, I feel like that a good sign.

The relationship guru said she wouldn’t have long text conversations before a first date and explained why in a follow-up video.

She said she wants a man to initiate a date, not waste time, to be able to have plenty to talk about during their meet up and doesn’t want to risk ‘getting attached’ before seeing them in person.

Brenna recommended not letting your date know about your relationship expectations.

‘I feel like people come in so hot and be like ‘This is what I’m looking for’. First of all let them show you, second of all it’s a first date you’re just getting to know them. Chill the f*** out,’ she said.

She also said to make sure to thank your date for dinner or drinks in person rather than via text afterwards.

The seventh rule is to leave at least three days before the first and second dates to ‘let it simmer’. 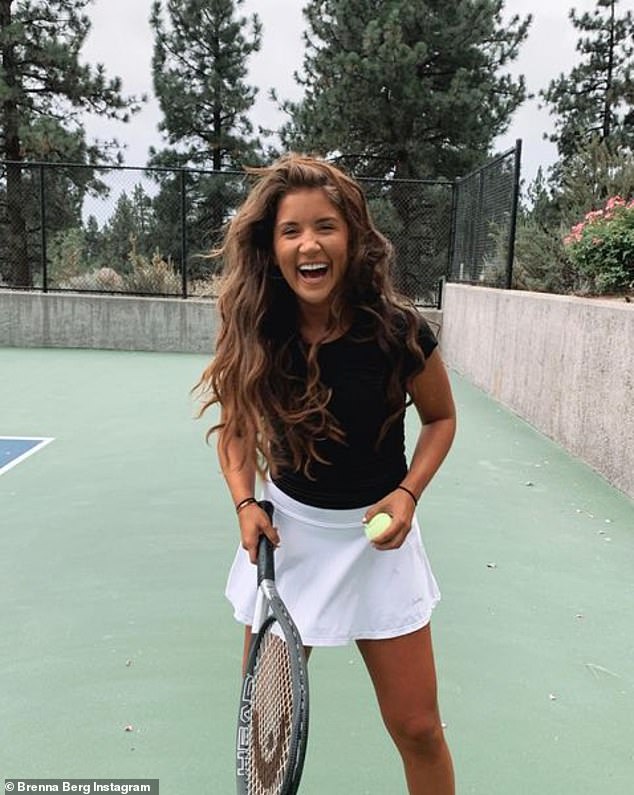 She offered some basic etiquette rules like staying off your phone, not getting drunk and making sure to thank your date in person for drinks or dinner rather than via text afterwards

‘Sit on it think about that first date because sometimes you’re all excited. Chill out, you’re going to be fine,’ she said.

The American offered some basic etiquette rules like staying off your phone and not getting drunk.

‘It’s an hour, maybe two of your time, don’t be a shitty person. Be present, put your f***ing phone away, it’s just disrespectful, I hate people who do this,’ she said.

‘Don’t get drunk either. If you’re getting drinks that’s ok but you don’t need to get hammered. Be present again, don’t be a dumbass.’

Brenna suggested going into a first date expecting friendship to take the pressure off and help you both relax and her final rule is to just ‘have fun’. 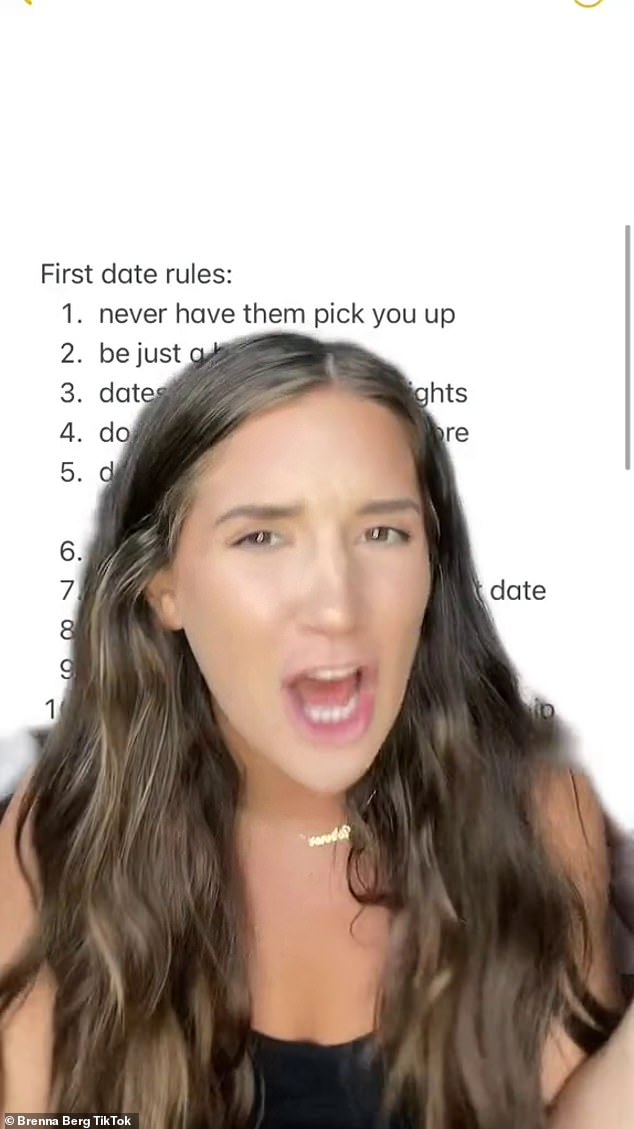 Brenna said to leave at least three days before the first and second dates to ‘let it simmer’, be ‘just a hair’ late and to only date on weekend nights

‘I never went in like ‘This is going to be the love of my life’, because then you put so much expectation and you’re nervous,’ she said.

‘You just need to go in with confidence like: ‘Ok this is going to be fun, I’m just meeting a new person’ and it can evolve from there.’

The TikToker’s dating advice video racked up more than 869,000 views and had many in the comments both disputing and agreeing with her rules.

‘Agree with most! The only one that no one agrees with me on, is I think you should talk for at least two weeks before going on a date,’ one woman wrote.

‘I don’t want to lose my time going on dates with people that have different expectations for their future. So, yes. I’m going to ask what they want,’ a third disagreed.

‘No you have to screen people before hand. I’m not wasting precious time meeting up with someone not knowing if we are looking for the same thing,’ another said.