A DIY-wiz revealed how she revamped her bathroom after years spent with an abusive partner.

The British mother explained her partner had forbidden her from ever redecorating the house they had shared.

But now separated, and with her abuser out of the picture, she celebrated by revamping their decrepit bathroom into something more to her style.

She shared before and after pictures of her project on the We Love Mrs Hinch Facebook group.

The mother was praised by fellow cleaning and decorating enthusiasts, who congratulated her for her DIY project, and for escaping her abusive relationship.

A DIY-wiz revealed how she revamped her bathroom after years spent with an abusive partner. The British mother explained her partner had forbidden her to ever redecorate the house their shared 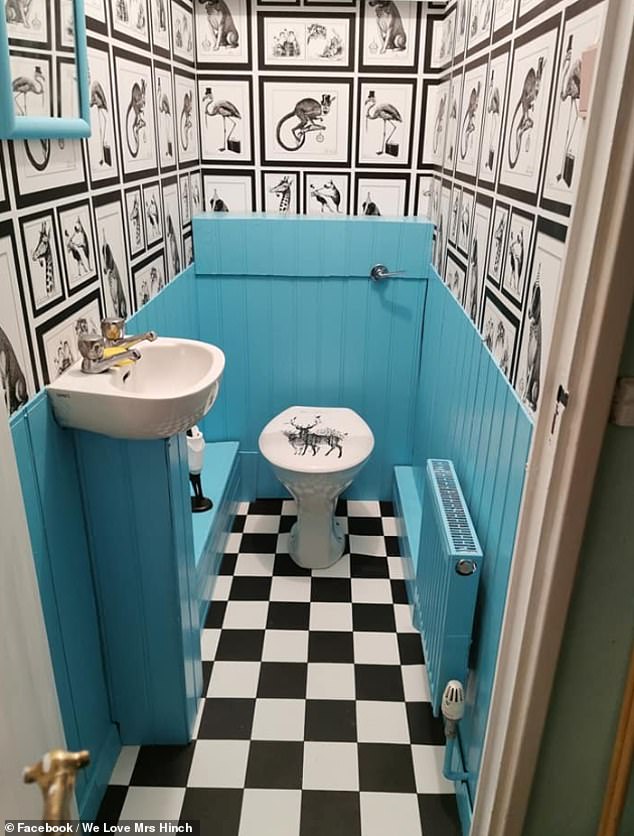 The new bathroom is colourful and more modern than the dated old one, and more to the mother’s taste

The woman explained in her post, which gathered more than 6,000 likes, that her ex-husband had pressured her into never changing anything in the house their shared.

‘My abusive ex husband refused to do any decorating and made me know if I did anything I would live to regret it, he left and this is my first ever room revamp,’ she said.

A picture of the bathroom before the overhauled showed that its walls were covered in bi-colour wallpapers, which looked dated.

The top half was a cloudy green, while the bottom half was stripped with red. 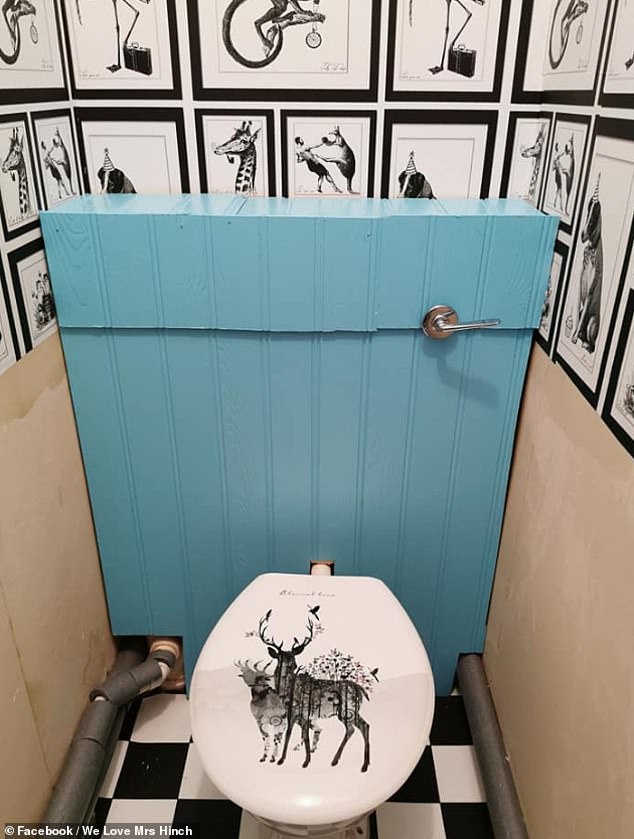 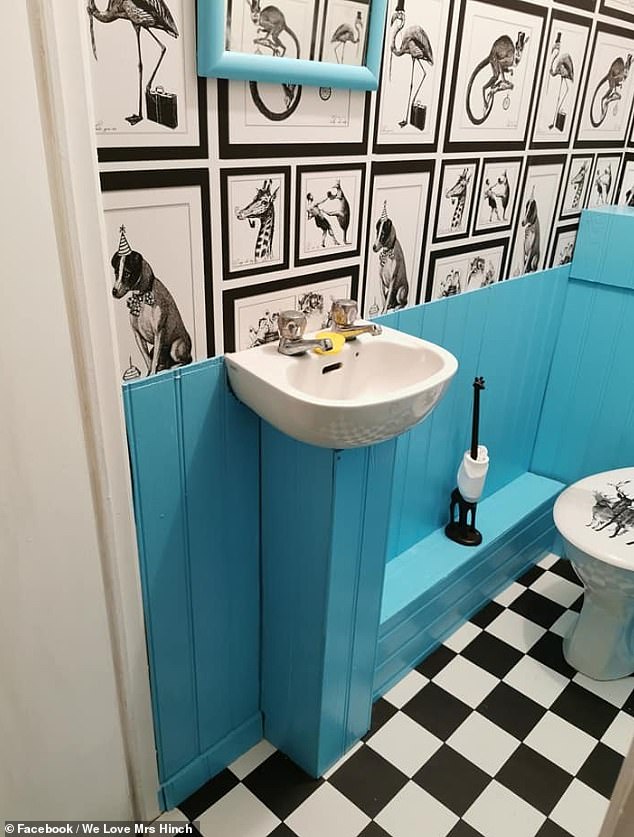 She also panelled the bottom of the sink, which immediately made the bathroom more modern

The tiled floor was a dated brown, and the old toilet’s tank was visible.

The DIY-wiz quickly made out with the old and started by tearing away the wallpaper in order to replace it with something more to her taste.

She picked a quirky wallpaper made out of different animals wearing hats in black and white and plastered it on the top half of the walls around the loo.

She painted the tiles on her floor in black and white to match her new wallpaper as well. 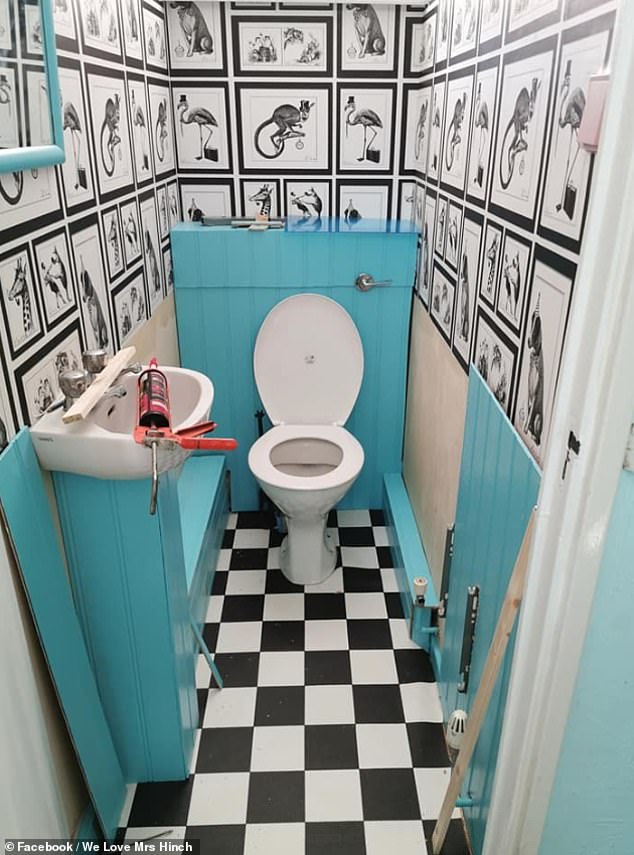 She covered the bottom half of the walls with wooden panels and painted them a bright turquoise to bring a touch of colour.

She also used the same wooden panel to cover her toilet tank and the bottom of her sink, which immediately made the bathroom look more modern.

The mother also moved the old golden mirror that was initially hung above her toilet and moved it above the sink and painted it in turquoise to match the panels.

Once she shared her bathroom makeover to Facebook, fellow decorating-enthusiasts were quick to showered her with compliments

Fello decorating enthusiasts applauded the DIY-wiz for her beautiful makeover, saying it was the perfect revenge on her ex

‘Well done, on and up from here, never look back. That paper is amazing,’ said another.

‘So beautiful..well done for surviving the ex!!! Many more creative journeys ahead,’ one said.

‘Love it, love the wallpaper,’ another wrote.