A woman has revealed that she got pregnant when she was 19 years old without ever having sexual intercourse with her boyfriend, and she’s still not entirely sure how it happened.

Samantha Lynn Isabel, 26, from Massachusetts, insists she was a virgin at the time and believes conception took place when she and her boyfriend, Alex, were touching each other’s genitals during foreplay — an extremely rare but possible occurrence.

The now mother-of-two shared her shocking story on TikTok, explaining that she first realized she might be pregnant when she and Alex were attending their high school prom.

Say what? Samantha Lynn Isabel, 26, was 19 years old (pictured with her boyfriend, Alex) when she got pregnant without ever having sexual intercourse 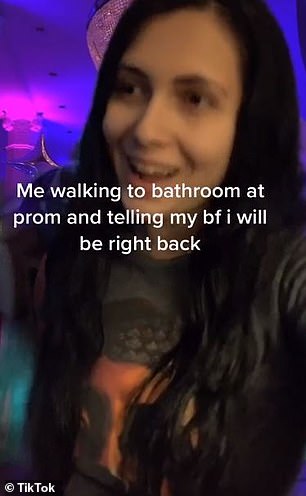 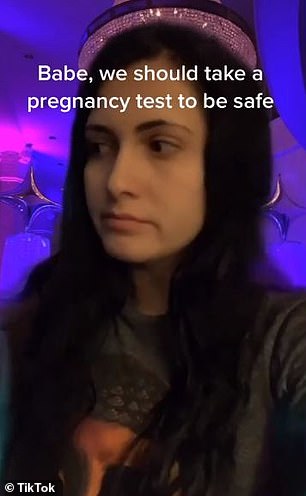 Looking back: The now mother-of-two shared her shocking story on TikTok , explaining that she first realized she might be pregnant at her high school prom

In the video, which has been viewed more than 1.4 million times, she recalled having cramps when it dawned on her that period was a week late.

Samantha didn’t really think she was pregnant, but she told Alex that they ‘should take a pregnancy test to be safe.’

She explained that she had read that it’s possible to get pregnant during foreplay, and Alex agreed to get some tests.

When she took the test, she wasn’t worried because she thought it would be negative. She was convinced the first one was a false positive and took six more. They were all positive. 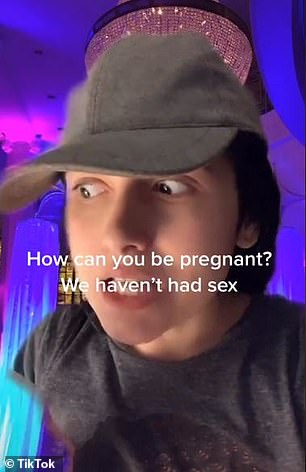 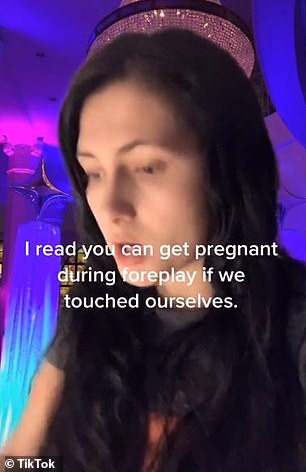 It’s possible! Samantha believes her first child was conceived when she and her boyfriend, Alex, were touching each other’s genitals during foreplay 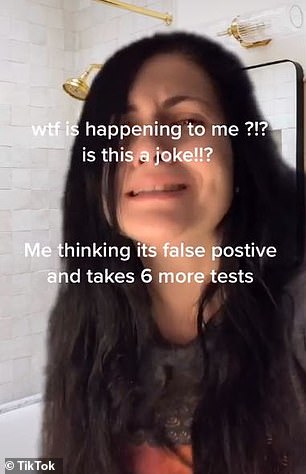 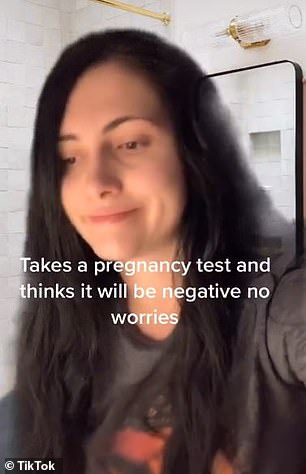 Hard to believe: Samantha said she took several pregnancy tests, and they were all positive

According to the National Health Service (NHS) in the UK, it is possible to get pregnant without having sexual intercourse if sperm gets into the vagina and fertilizes a woman’s egg.

While the odds are very low, a woman can conceive if she or her partner have semen or pre-ejaculate on their fingers and touch her vagina. Pregnancy is also possible if a partner ejaculates near a woman’s vagina, or the person’s erect penis comes into contact with the body near the vagina.

Samantha said she called the doctor to make an appointment, explaining that she was ‘a virgin with a positive pregnancy test.’ When she went in, it was confirmed that she was five weeks pregnant.

She recalled wondering how she would ‘push a baby out’ if she hadn’t had sex, and she also dreaded the thought of her family and friends calling her ‘The Virgin Mary’ for the rest of her life. 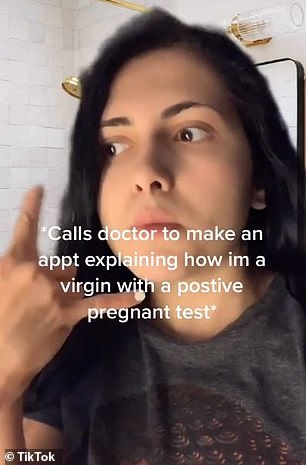 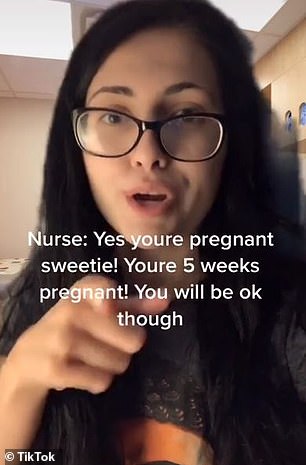 Stranger things: When she called the doctor, she explained she was a ‘virgin with a positive pregnancy test’ 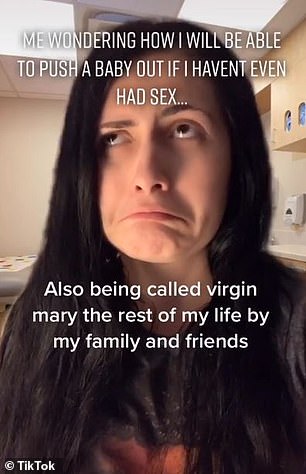 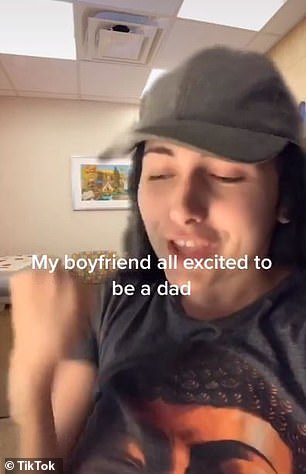 Change of heart: Samantha considered having an abortion but ultimately decided to have the baby

In another video, she shared that she initially considered having an abortion because she and her boyfriend were so young. Alex wanted to be a dad, but he supported her decision.

Samantha made an appointment at a local clinic to have an abortion, and when she was in the waiting room, everything started to sink in. Alex assured her that she didn’t have to go through with it, but she thought it was what was best for them.

She was in the bathroom getting dressed when she realized it wasn’t the ‘right choice’ for them. She felt confident that they could be parents and love their child.

‘I can’t do it,’ she told her boyfriend.

Samantha and Alex are still together, and they now have two children. Their son Bentley is five, while their youngest child Theo is turning one next week. 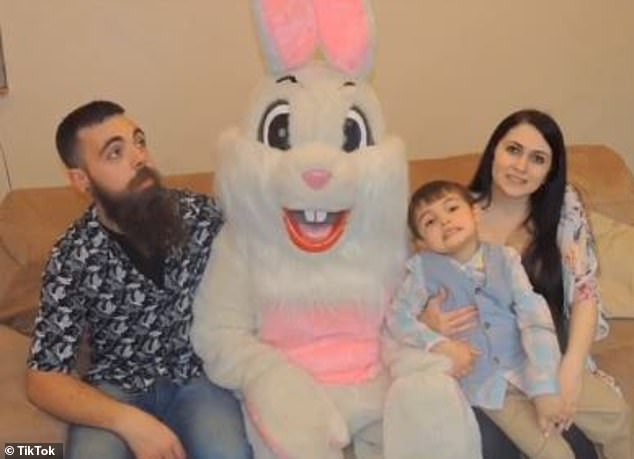 Family: Samantha and Alex are still together, and their son Bentley is five 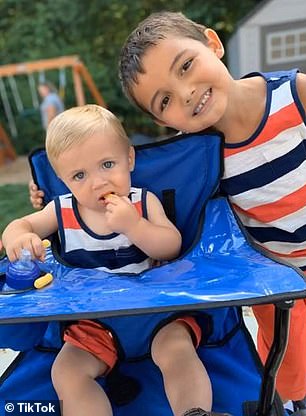 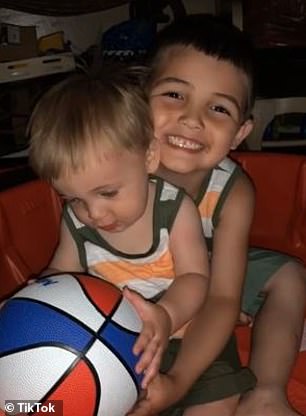 FYI: They also have a son Theo, who turns one next week. Samantha said he was conceived the natural way

Some commenters have accused Samantha of being a liar, while others were desperate to know what type of ‘foreplay’ led to her getting pregnant.

‘You guys keep asking me this question, and, honestly, I have no idea either,’ she admitted in a follow-up clip. ‘I mean the only thing that makes sense to me is if he touched himself then touched me or I touched him and then touched myself again.

‘Obviously, there was no sex involved, so I don’t know how any of it is possible,’ she added. ‘I honestly probably wouldn’t even remember what happened or what situation came about it since it’s been years now.’