A woman claims she was mistreated on an American Airlines flight for being ‘fat and black’ after the white woman sitting next to her complained to flight attendants because their arms were touching.

Amber Phillips, 28, was flying from North Carolina to Washington DC on Friday when she says the woman sitting next to her spent the entire 45-minute flight making an ‘active scene’.

Phillips said she ended up being questioned by police when she got off the flight after the female passenger told an air hostess she had been assaulted.

She says she took photos and filmed the white woman after they landed so she could document her ‘outrageous behavior of trying to humiliate me’. 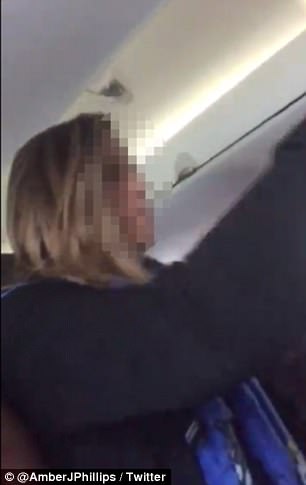 Amber Phillips, 28, (left) was flying from North Carolina to Washington DC on Friday when she says the woman sitting next to her (right) spent the 45-minute flight making an ‘active scene’

‘The cops were called on me for flying while fat and black,’ Phillips said in a series of tweets about the ordeal.

‘This white woman literally spent the entire 45 minute flight making an active scene because my arm was touching hers. Loudly asking if I could ‘move over’ on a plane so small everyone’s carry on bags had to be valeted. It was awful!

‘I was going to let this white woman get away with how she treated me. I decide to take the picture and video after we landed and the pilot announced that we were 25 minutes early. This was a super short flight from North Carolina to DCA.

‘When this (white woman) sat back in her seat during landing after leaning forward on her seat tray for most of the flight, she was able to sit back comfortably without touching me. That was my final straw. She made the CHOICE to act out and make me feel like s**t when she didn’t have to.’

Phillips said she was confronted by police after getting off the plane, picking up her bag and getting on the tarmac shuttle to be taken to the terminal. 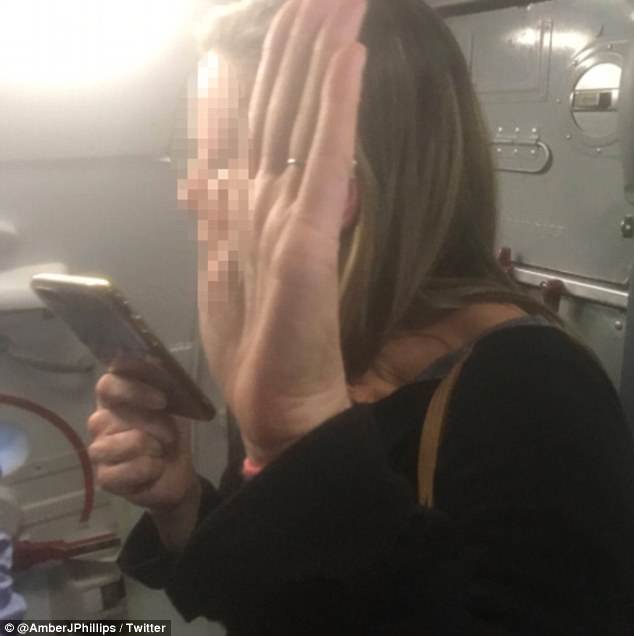 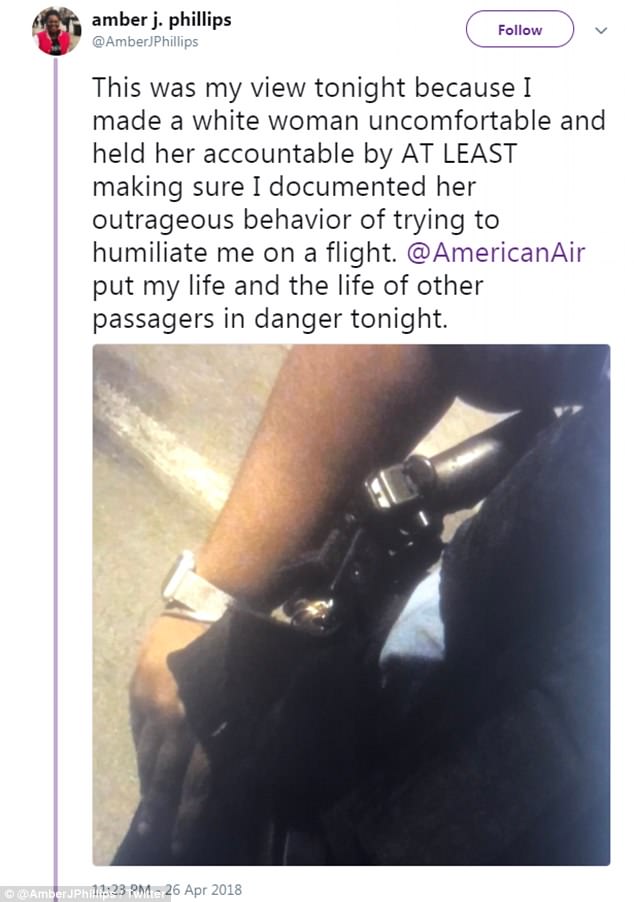 Phillips said she was confronted by police after getting off the plane, picking up her bag and getting on the tarmac shuttle to be taken to the terminal

‘While I’m on the shuttle, this woman LIED that I assaulted her and the @AmericanAir flight attendant called the cops to remove me from the shuttle bus,’ Phillips said.

‘She knew she was wrong. She knew I was going to hold her accountable with my pictures and that’s when she decided to pair up with the white @AmericanAir flight attendant to call the cops on me after I was already off the plane and on the shuttle to go home.’

Phillips said a female passenger on the shuttle checked if she was okay before she asked the woman to start recording if anything happened while she was speaking to police.

She claimed the white male officer spoke to the woman and flight attendant for several minutes before asking Phillips to step off the shuttle.

‘He asked for my ID. As I looking for my ID, I asked if he asked for the other woman’s ID. He aggressively responded to me by saying ‘I’m not dealing with your abuse! Give me your ID!’ I handed him my passport and he yanked it out of my hand,’ she said.

‘I then asked, ‘Would you like to know what happened?’ Aggressive again he said ‘NO! I’m investigating this as an assault!’ I very calmly said ‘Wow, ok.’ I backed up and made sure my hands were visible.’ 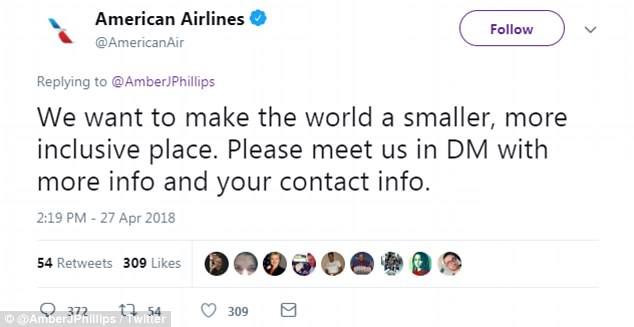 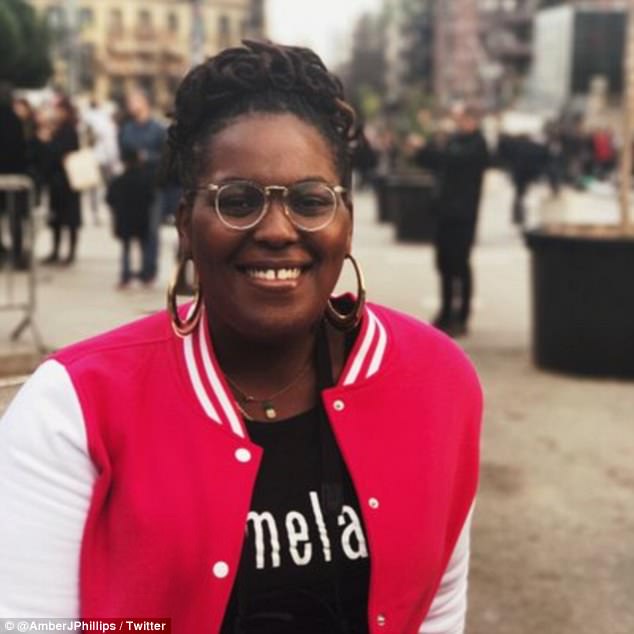 She said a second police officer was called in and she arrived with the gate manager who Phillips described as a ‘kind black woman’.

‘The gate manager was the first person to ask me ‘What happened?’ I told her but even the second cop decided to talk to me about about my ‘behavior’ with the previous cop instead of the incident.

‘The cop told me that they were required to speak with the (white woman) from the plane first because she was the ‘victim’ despite the FACT no crimes were committed.

‘As the second cop started to lecture me like a child, I asked her ‘am I being detained?’ She said ‘No.’ I asked, ‘Am I free to go?’ She said ‘You have to wait because you can’t just walk off the tarmac. It’s dangerous.’ GO FIGURE! We’re all in danger because of an @americanair flight attendant and this (white woman).’

Phillips said the police never asked her for a statement and both her and the other passenger were allowed to leave.

No arrests or charges were filed by police.

American Airlines responded to one of Phillips’ tweets, saying: ‘We want to make the world a smaller, more inclusive place. Please meet us in DM with more info and your contact info.’