An amateur baker has wowed thousands with a home-cooked cake that looks just like a bag from Australian accessories company Mimco.

The Sydney-based woman posted photos of her creation in a Facebook baking group, baffling many who thought the photos were of a black shoulder bag.

It wasn’t until a photo of the cake being cut up and served that it became clear. 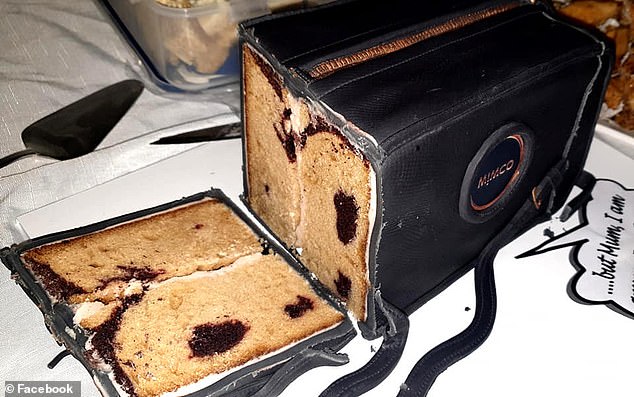 ‘I made this for my friends daughter’s 18th birthday this weekend, loved making this cake,’ the talented baker wrote.

‘The barcode on the tag is her DOB and the party date, it’s all about the detail that I love!’

The cake looks so realistic that the woman said she was banned from another group as they thought she was showing off a bag she bought instead of a cake.

‘When I posted it on my own cake page people did not believe me so I had to ask for a cut picture from my friend,’ she added. 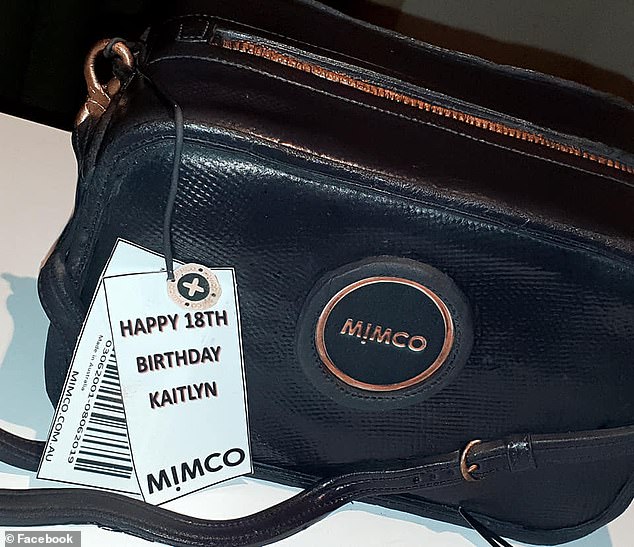 ‘I made this for my friends daughter’s 18th Birthday this weekend. Loved making this cake!’ The woman said

The masterpiece is a white chocolate and raspberry mud cake which she made using absolutely no moulds.

To create the realistic leather effect she used a piece of netted material and pushed down on top of the icing.

‘I used a ribbon cutter to cut the strip and a small roller to make each line vertical and the rolled one line horizontally through the middle,’ the baker said.

‘All the rose gold is a dust mixed with vodka and painted after I assembled the cake.’