Woman shouts at man for breaking social distancing in A CAR

An enraged woman was filmed scolding a young driver and threatening to call the police after claiming he had broken social distancing measures by pulling his car too close to hers.

Owen Smith-Carretero, 21, was on his way to work in Crawley, Sussex, at around 4.45pm on July 18 when he pulled up to the traffic lights and was met by the angry motorist.

Just moments later, the woman launched a furious tirade at the perplexed car parking attendant and shouted: ‘You’re supposed to keep two metres apart because of viruses going on at the moment!’

Footage captured by Mr Smith-Carretero shows the woman point her finger at the young driver and accuse him of breaking the social distancing measures as he pulls up next to her.

The woman shouts at Owen Smith-Carretero, 21, as he pulls his car next to hers in Crawley, Sussex, on July 18 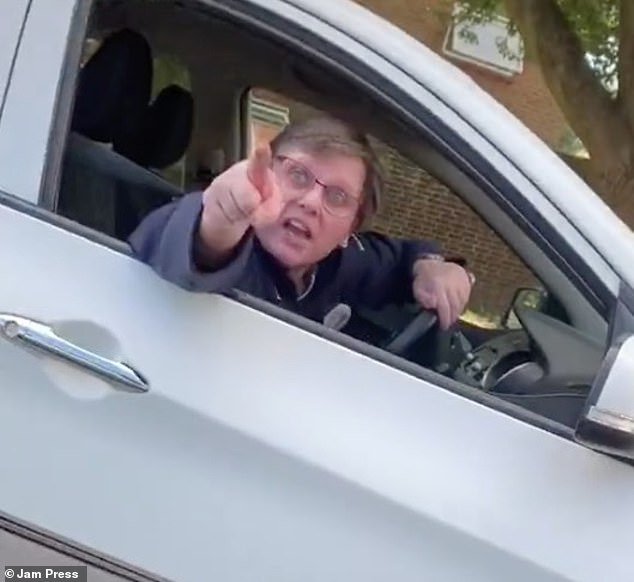 Do you have any information about this incident?

She shouts: ‘I’ll phone the police I mean it!’

When questioned by Mr Smith-Carretero as to why she wants to call the authorities she continues: ‘You’re supposed to keep two metres apart because of viruses going on at the moment.’

The young driver immediately interjects the woman to explain he is ‘in a car’ as the furious motorist shakes her head and shouts: ‘It doesn’t matter’.

Following the incident, Mr Smith-Carretero said: ‘I pulled up to some traffic lights behind a white car and noticed a lady waving her hands about.

‘I dismissed it and tried looking the other way.

‘So I pulled up next to her and she started screaming at me saying I was way too close to her and I will give her Covid-19. 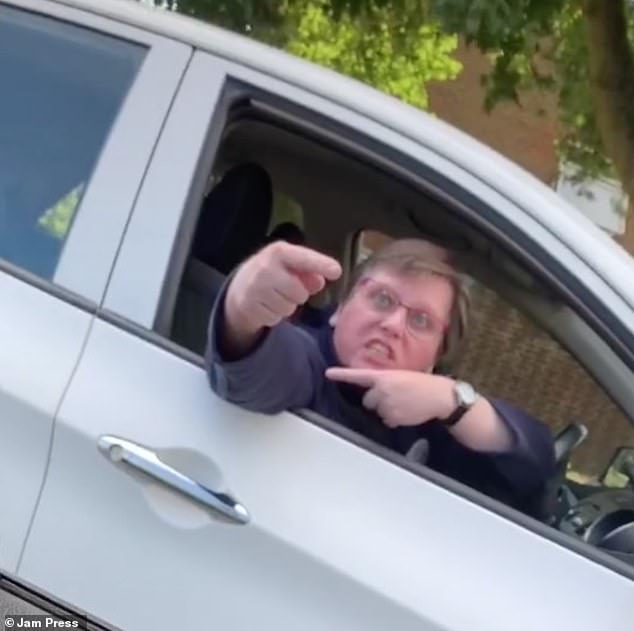 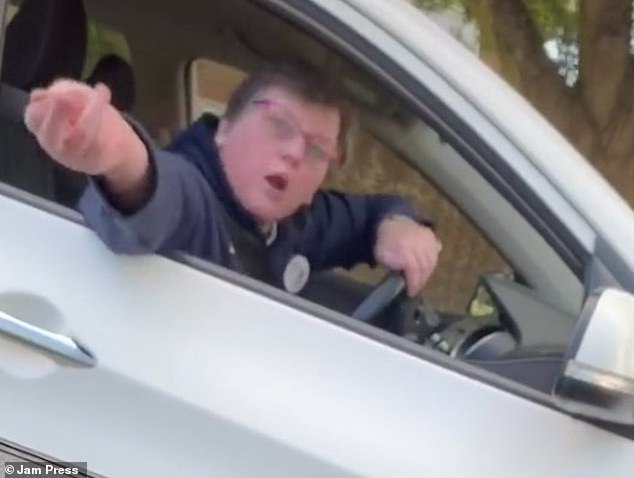 When the young driver explains to the woman that he is inside his car, the woman shouts: ‘It doesn’t matter!’ 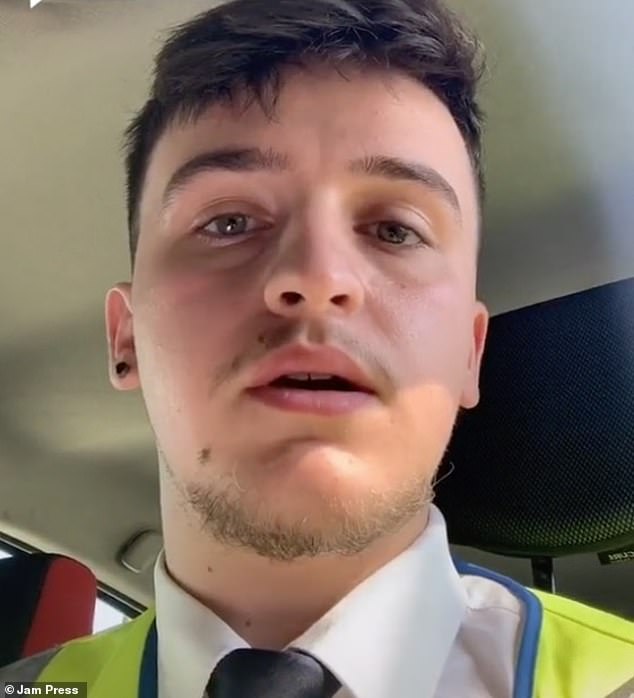 ‘I was so confused, so I laughed at her and asked her what she was on about. Then she became really aggressive so I pulled my phone out (for my protection) and started to record her.’

He added: ‘When I’d finished recording, I just drove away laughing’

In a second video shared online Mr Smith-Carretero said: ‘Yeah I feel a bit sorry for her but she can’t be waving out of the car like that. Who does she think she is?’

The young driver later shared the video on his Tiktok account where it was downloaded and shared on Twitter and has since been viewed more than 88,000 times.

Do you have any information about this incident? Email jack.wright@mailonline.co.uk