Aussie woman divides the internet after giving a bottle of champagne to the PARENTS to celebrate their child’s first birthday: ‘The child isn’t going to remember’

An Australian podcast host has sparked debate after giving parents a bottle of champagne to celebrate their first year of parenting – instead of getting a present for their one-year-old child.

Phoebe Parsons took to TikTok to explain her reasoning and ask the community whether they think it’s ‘fair’ to mark the occasion in this way.

Online opinion was divided over the controversial question. The majority of those who commented described it as ‘completely fair’ and the ‘best idea ever’, whilst others felt it wasn’t enough on its own.

In the video, Phoebe said: ‘I would really love to know other peoples’ thoughts on this. I’m on my way to a first birthday party and I actually got the parents a bottle of champagne instead of the child.

‘So in the child’s lifetime so far (he’s 12 months old), I’ve gotten him a baby shower present and a being born present.

‘I only thought it was fair to give the parents a present to celebrate the first year they’ve survived as parents.

‘Furthermore, the child is not actually going to remember their first birthday party and there are around 50 other people going who I’m assuming are all going to buy the kid presents.

‘So do you think its fair for the first birthday party to buy the parents a present in place of the child?’

Opinion was split on the question. Some users felt the gift was well deserved and a lovely idea: ‘Hell yes, it was probably one of the most challenging years of their life, they deserve a treat!’ 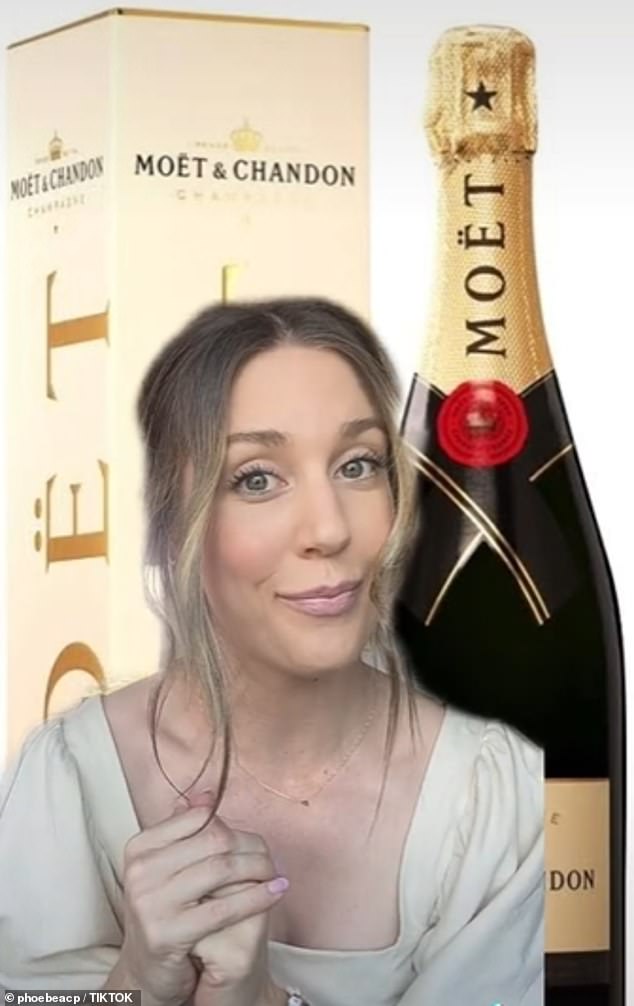 ‘Omg YES! I was gifted a bottle of scotch for my only boys 1st birthday. Apparently I was going to need it for the days to come. Great idea!’

Some mums shared that they would have appreciated this more than ‘any annoying noisy toy’.

Others outlined that a present for the parents was just what was needed after the first year: ‘My favourite gift at my one-year-old’s party was a voucher for a hotel for me and my fiancé and free babysitting for the night.’

Is a bottle of champagne for the parents an appropriate gift on a child’s first birthday?

Others felt the gift wasn’t enough on its own.

‘Not instead of, but as well as…,’ said another.

‘Yes but I would probably buy a small teddy for the baby as a keepsake,’ added another.

‘Yes, BUT! Only in addition to a gift for the child. Or a bottle when the baby is born is more appropriate.’

Some felt there was no need to gift at all: ‘I wouldn’t be buying a present for either of them.’

Whilst for others it depended on the situation: ‘In this situation, yes. If the parents have not got much, no.’

Some users were just confused: ‘Why would you get a baby a bottle of champagne?’