A Pennsylvania woman who was raped after hotel staff gave a man access to her locked room while she was sleeping is revealing what happened to her as a warning to others.

Cheri Marchionda was traveling for work and staying at the Embassy Suites hotel in Des Moines, Iowa, in April 2014 when she was raped and battered in her room for more than two hours by Christopher Lapointe, of New York.

The night of the attack, Lapointe was given a key to her room by the front desk clerk, even though he didn’t show ID or prove that he was a hotel guest, and then managed to convince hotel staff to disengage the door’s interior security latch by telling them that he had been locked out of the room by his ‘girlfriend,’ police said. 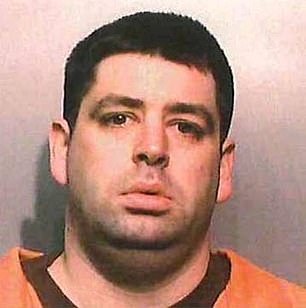 Marchionda, a single mom-of-three, said that prior to her sexual assault, she traveled on average once a week while on her job as an executive at one of the largest frozen food manufacturers in the United States.

On the night of April 10, 2014, she said that she returned to her Embassy Suites hotel room and secured the door’s safety bolt, then went to sleep. Some time after midnight, Lapointe entered her room.

‘The next thing I remember was someone touching my leg,’ Marchionda told CBS This Morning, noting that the sensation ‘startled me.’

‘I woke up thinking I was at home,’ Marchionda said. ‘So at first I’m like, rubbing my eyes. I’m like, “Wait a minute. No, you’re in this room, and then who is this guy?” And so, you know, in these seconds, you’re trying to process, like, who is this person at the end of your bed? And that’s when he said, “You’re not gonna scream rape.”‘

Marchionda said the man, who would later be identified as Lapointe, was holding something in his hand at the time, but she could not tell whether it was a gun or knife or something innocuous like the TV’s remote control. Either way, she said, ‘you’re so scared because you don’t know what’s happening or what’s gonna happen.’

She said he tried to ‘nestle his head in my neck’ before pulling off her pajamas. He then sexually assaulted and raped her for more than two hours. 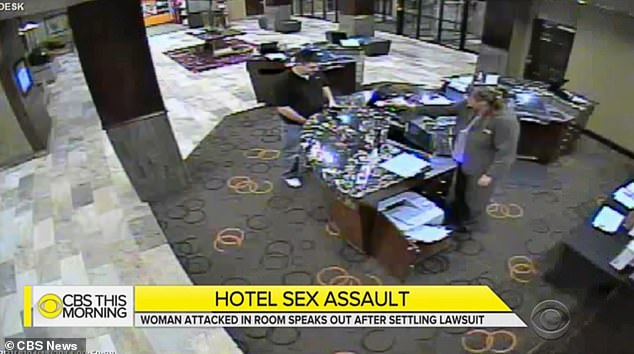 Hotel surveillance video showed Lapointe asking for and receiving a key to Marchionda’s room without showing ID. He was said to have been recognized as a regular guest 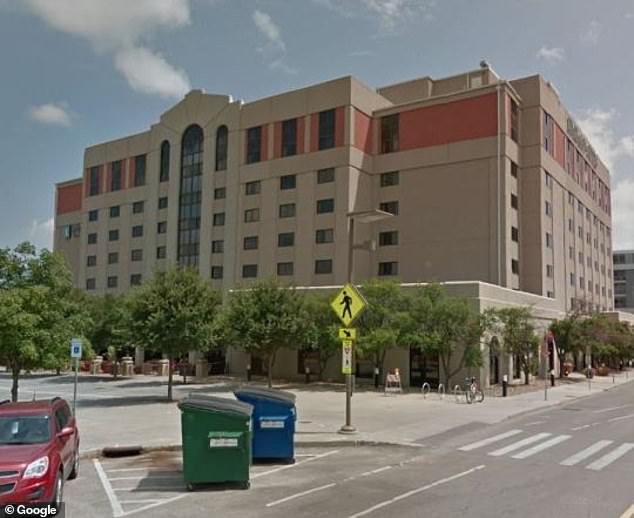 The attack occurred at the Embassy Suites hotel in Des Moines, Iowa. Marchionda was staying at the hotel while on a work trip in April 2014 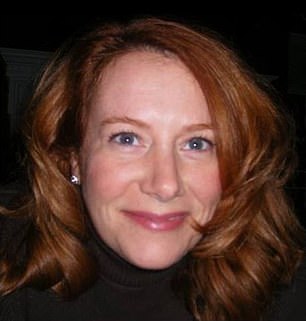 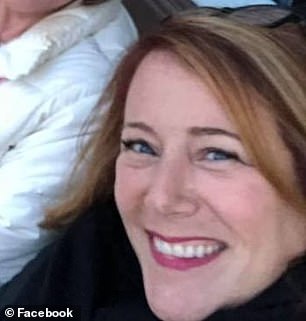 Marchionda is a single mom-of-three. She wants the hotel industry to come up with a better practices to keep guests safe

When asked why she didn’t scream out for help during that time, Marchionda said that she tried.

‘Yes, you think you are, but nothing comes out,’ Marchionda said. ‘You think you’re kicking, and your legs don’t move. And the freezing part is the hardest part I think for me.’

Marchionda said that as a seasoned traveler and a ‘tough girl,’ she thought that if she was ever being attacked she would ‘kick butt.’

Instead, ‘all I thought about, was surviving. Because I have these three beautiful children I wanted to go home to,’ she said.

After Lapointe left, Marchionda said that she relocked the door and then went to scrub her body in the shower. She recalled being so tired after the assault that she sat down in the tub and cried.

Marchionda said Lapointe, who was 30 at the time, had actually approached her at the hotel bar twice before attacking her — on the night that she checked in and then again the next night, just hours before he entered her room and raped her.

She said that the night he attacked her, Lapointe, a frequent guest at the hotel, had appeared to be visibly drunk. She tried to keep him at bay, but ultimately left the bar and returned to her room.

She said that Lapointe figured out what her room number was and called her on her room phone, asking her if she wanted ‘to hang out,’ which she declined. When she asked how he got her room number, he just said, ‘I have friends.’

Marchionda said that even though Lapointe knew her room number, she assumed she’d be safe in her room because the security lock was engaged.

Marchionda then filed a civil lawsuit against the hotel’s operators, Hammons Inc. and Atrium TRS III, in 2015, claiming negligence and carelessness. The Embassy Suites franchise and Hilton Worldwide had earlier been dismissed from the lawsuit.

The lawsuit was recently settled for an undisclosed amount prior to Marchionda’s scheduled testimony on February 13.

Marchionda’s lawyer said that she now suffers from post-traumatic stress disorder from the attack, a fact which led to her losing her executive position, the AP reported.

‘I’m on long-term disability now, which then eliminated my position at my company,’ Marchionda told CBS This Morning.

Atrium Hospitality told CBS This Morning that it is ‘focused on industry-leading safety practices to provide’ for its guests, while Hammons Inc. had no comment.

Marchionda’s civil lawsuit claimed that the Embassy Suite’s reception desk manager authorized a clerk to give Lapointe the key to her room, without checking with Marchionda first. It also claimed that the maintenance worker didn’t check with her before allowing Lapointe into the room after unlocking the security lock, either, according to the Des Moines Register.

At the time of the incident, police said that hotel desk workers recognized Lapointe as being a frequent guest and a Hilton Honors Diamond member, KCCI reported.