A woman told how her best friend-s baby was left alone to die over Christmas when his drug-addicted mother took her own life at 27.

Stacey Hackett, 35, told The Sun she will ‘never get over’ the death of her best friend Natalie Kane and her baby Harry on Christmas last year.

Stacey had planned on spending Christmas with Natalie and Harry in Whitehaven, Cumbria, and even had been out shopping together.

She said she babysat Harry while his 27-year-old ‘devoted’ mother got her nails done on Christmas Eve.

Natalie took her own life on December 24. Her baby Harry, one, died a few days later due to dehydration 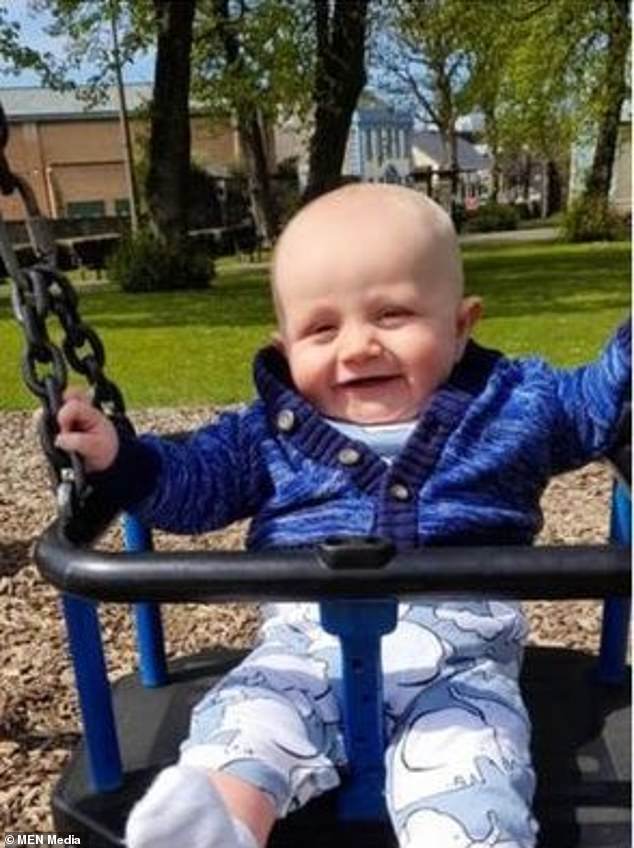 Harry’s body was found in the bathroom of their flat, while Natalie’s was in the living room next to unopened Christmas presents

Natalie was supposed to show up at her house on Christmas Day to spend the holidays together, but never showed up.

Unbeknownst to Stacey, Natalie had taken her own life on December 24. Her baby Harry, one, died a few days later due to dehydration.

They were found five days later in a scene which left paramedics ‘visibly upset’.

Harry’s body was found in the bathroom of their flat, while Natalie’s was in the living room next to unopened Christmas presents.

Stacey said that she was not concerned when the pair did not show up as this was not considered to be unusual and she might have needed some quiet time as ‘part of her depression’.

Stacey, who met Natalie in 2018, said: ‘She had really turned her life around since having Harry, and she was so looking forward to her first proper Christmas with him.

‘I will never get over losing them both.’

She said she took some comfort from the fact that mother and son were buried together.

Despite Natalie and Harry not showing up on Christmas Day, Stacey said she felt it was best to not pressure her friend.

‘I felt sure I’d hear from her in a day or two when she was ready’, she said.

However, by December 29 she began to worry and arranged with another friend to visit Natalie’s flat the next day.

On December 30, concerns were also raised after Natalie had not picked up a prescription or been in contact with any of the support services she was regularly speaking to — and the police were contacted.

An officer discovered Natalie lying in the living room next to unopened Christmas presents.

A paramedic noticed the presence of a substance in her nose and bottles of lighter fluid, consistent with substance misuse.

Harry’s body was found in the bathroom. Post mortems were carried out and it is believed that the little boy may have survived for two to three days after his mother’s death before succumbing to the effects of dehydration.

Natalie and Harry’s bodies were discovered before Stacey and her friend arrived. 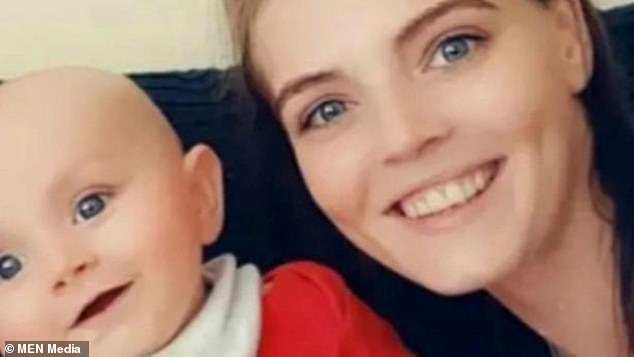 Natalie was not thought to have taken drugs after Harry’s birth and engaged with support services. In the lead up to her death, she saw friends and spent some time with her brother, who had bought a balance bike as a Christmas present for Harry

Stacey said: ‘I was heartbroken. The shock will live with me forever. I could never have dreamed that she was dead.’

She said the thought of 14-month-old Harry crying in the flat and no one coming to rescue him wasa really upsetting.

She added: ‘I didn’t know that Natalie was struggling and if I had, I’d have taken her absence over Christmas more seriously.

‘I think she kept it from me because she didn’t want to be judged, as a mother or a friend.’

An inquest heard Natalie suffered with depression throughout much of her life and was receiving support from services including Recovery Steps Cumbria and Women Out West after suffering from drug addiction and domestic abuse.

One friend noted that she was keen to avoid her ex-partner and Harry’s father, Nathan Ryan, to avoid repeats of negative behaviours.

All those who knew her and gave evidence to the inquest spoke of her as a loving and devoted mother whose life revolved around her son Harry.

She would take him to the park every day and had no childcare as she wanted to be with him as much as she could, the inquest was told.

Her brother Scott recalled her excitement when she became pregnant and noted that she matured from that point.

Natalie was not thought to have taken drugs after Harry’s birth and engaged with support services.

In the lead up to her death, she saw friends and spent some time with her brother, who had bought a balance bike as a Christmas present for Harry.

The inquest was told that she was excited for a first ‘proper’ Christmas with Harry and had bought lots of presents for him to enjoy.