A woman says she picked up a hitchhiker the night a Mississippi woman was fatally burned, but she’s unsure whether it’s the man prosecutors have on trial.

Sherry Flowers told the Jessica Chambers trial on Wednesday that the man asked to go to the house of local woman Julia Chambers, who he claimed was his aunt, because there was a fire there.

Julia Chambers is not related to the victim but is said to be a distant relative of Quinton Tellis, 29, who is on trial for Jessica’s brutal burning murder in 2014.

Mrs Chambers, who also testified on Wednesday, confirmed the fire department had been called to her home on the evening of Jessica’s death because of a microwave fire.

Sherry Flowers, who picked up a mystery hitchhiker on the night of Jessica Chamber’s death, testifies on the second day of the retrial of Quinton Tellis on Wednesday morning 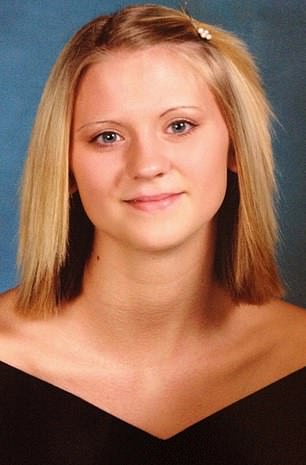 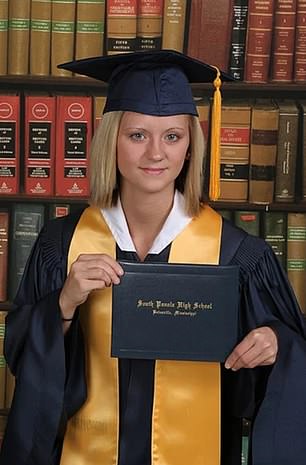 Flowers described the hitchhiker as black and in his 20s and said she initially pulled over because she believed it might be her cousin – but realizing her mistake agreed to give the man a lift as she knew Julia Chambers.

But Julia Chambers claimed that it has ‘been a while’ since she saw Tellis and he never appeared at her home the night of the murder.

Flowers refused to identify Tellis as the hitchhiker and agreed with a prosecutor that she didn’t know who she picked up.

She has been brought forward by the prosecution as a new witness – after not coming forward with the information until after Tellis’ first trial, which ended in 2017 with a hung jury.

Tellis is accused of having sex with Jessica Chambers before setting both her and her car on fire. 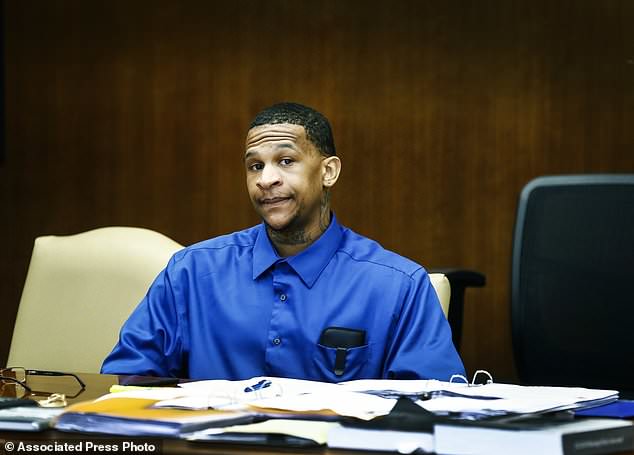 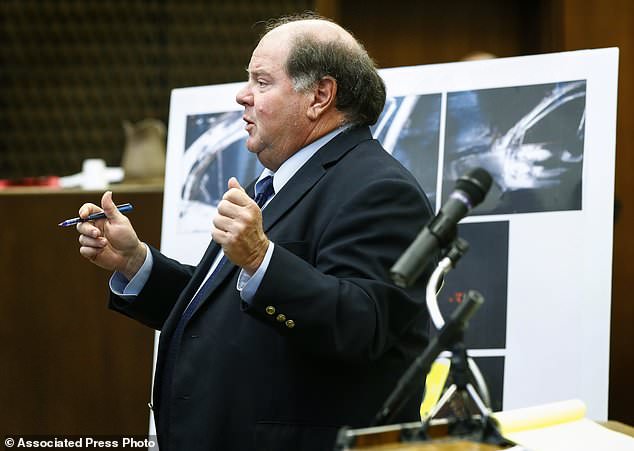 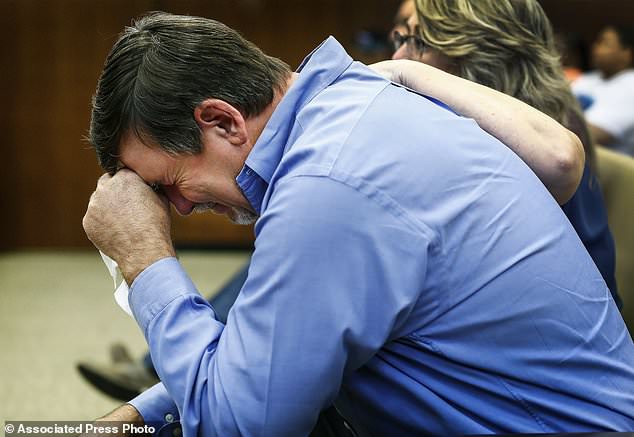 Ben Chambers, father of Jessica Chambers, breaks down during testimony as details of daughter Jessica’s death are heard

Still, prosecutors seek to connect the ride’s timing to Chambers’ death. Prosecutors have said Tellis left Chambers’ car before returning to set it and her on fire. The defense disputes the timing.

A firefighter who was on the scene on December 6, 2014, told the court yesterday that the 19-year-old’s body was completely covered in burns and ‘almost looked like shoe leather.’

‘Her face itself…she was unrecognizable,’ the first responder said from the stand. ‘There was black charring.’

According to the witness, when another firefighter asked Jessica who did this to her, she responded with what sounded like ‘Eric’ or ‘Derek,’ but it was a struggle for her to speak.

Ben Chambers, Jessica’s father, began sobbing in the courtroom while listening to the gut-wrenching testimony.

A medical examiner says Chambers’ death was a homicide from soot and smoke inhalation and thermal injuries. 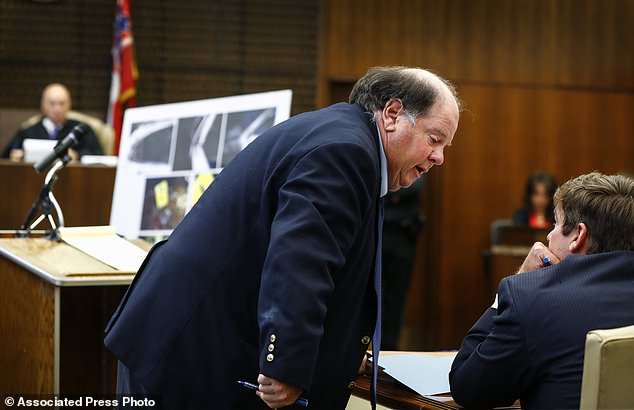 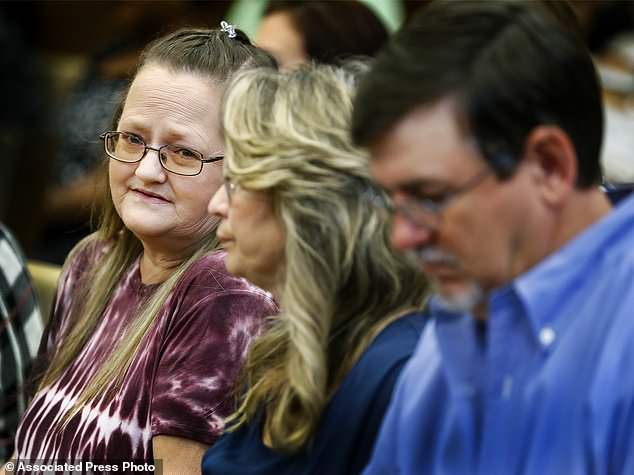 Lisa Daugherty, mother of Jessica Chambers, recently took part in a documentary on her daughter’s death

The court also heard yesterday morning from two Panola County Sheriff’s deputies, who both testified that when they asked the victim to name her attacker, she said what sounded like ‘Eric.’

Chambers could not say the man’s last name but indicated that it was not her boyfriend.

When asked whether the assailant was black or white, she responded with what sounded like ‘black,’ according to one of the deputies.

The defense has previously emphasized that multiple emergency workers heard the dying Chambers say someone named ‘Eric’ attacked her, calling the prosecution’s evidence ‘speculation’ or ‘unreliable.’

‘Once you hear all the evidence the state offers, you’re going to have plenty of evidence to convict him of capital murder,’ Panola County Assistant District Attorney Jay Hale told jurors in his opening statement Monday. 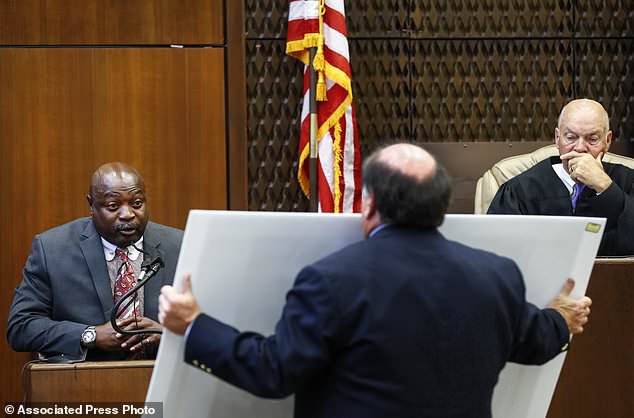 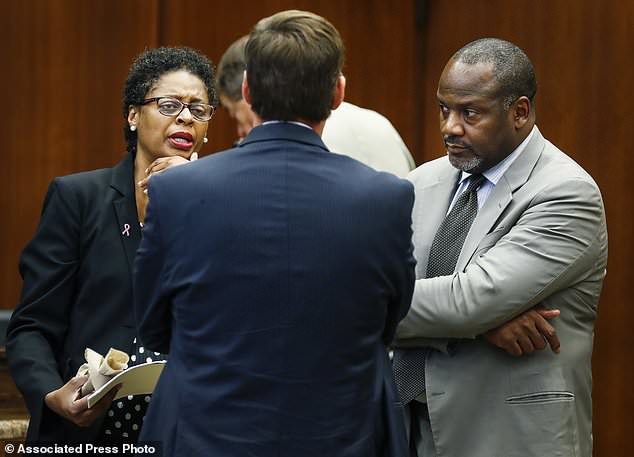 Defense attorney Darla Palmer urged jurors in her opening statement to disregard evidence about cellphone locations that she said can’t prove Tellis and Chambers were in exactly the same place. 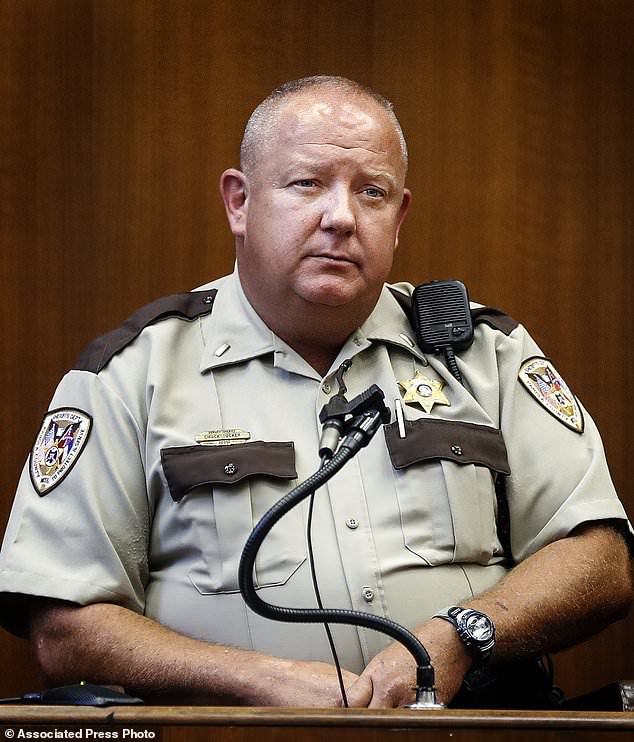 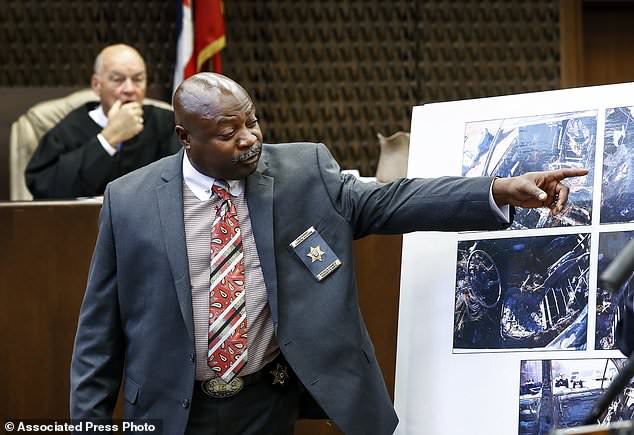 Lt. Edward Dickson was another of the first responders who described the scene as they found Jessica 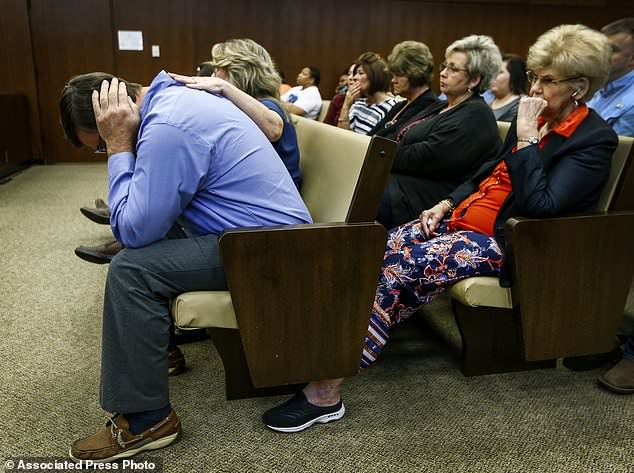 Ben Chambers, father of Jessica Chambers, covers his ears during testimony in the trial on Wednesday morning