Police are on the hunt for an Indiana woman accused of trying to kill her infant niece by putting the pain relief medication Excedrin, in a bottle of breast milk.

Prosecutors charged 19-year-old Sarai Rodriguez-Miranda of Fort Wayne with attempted murder on Monday, but the investigation has been ongoing since January after her mother called the authorities on her.

Rodriguez-Miranda was allegedly angry that her brother, his fiance and their daughter had been staying with her and her mother.

An arrest warrant has been issued for Sarai Rodriguez-Miranda, 19, pictured here with her boyfriend whom she texted about her plot to kill her niece 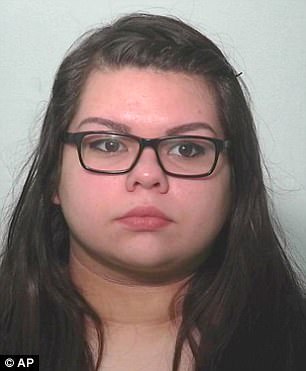 Rodriguez-Miranda is wanted by police for attempted murder charges

The 11-week-old baby wasn’t injured, but court documents say the milk contained the equivalent of nine Excedrin tablets or capsules, enough to kill an adult.

Her mother called police after she read text messages between Miranda and her boyfriend bragging about her plan to kill her niece, according to court documents.

Rodriguez-Miranda and her mother shared a cell phone.

In one of the texts to her boyfriend she wrote ‘I put the stuff in a made bottle in the fridge,’ according to court records. ‘Yeah I thought it was funny that I don’t have an ounce of guilt.’

In one, she allegedly describes mixing crushed pills into breast milk for the infant, writing that ‘I hope she dies.’

She also texted her boyfriend ‘she was destined to grow up (expletive) or be abused. I’d never be suspect I know but I hope it works,’ according to reports.

Her mother examined the baby bottle and saw it was off in coloring- the family brought it into police.

Rodriguez-Miranda, meanwhile, also sent messages about her plan not working after her mother intervened according to the Journal Gazette. 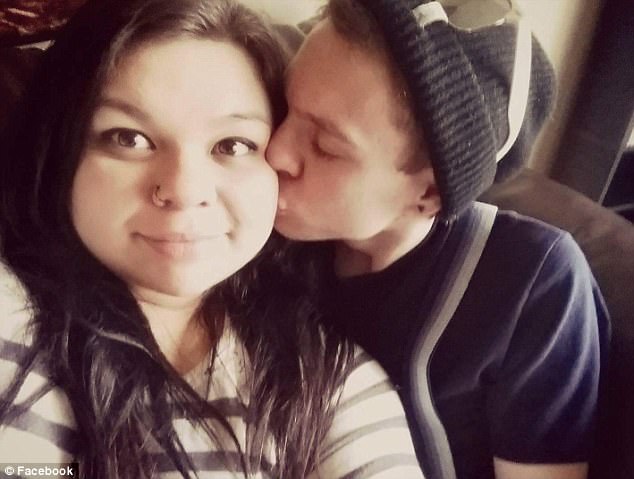 Rodriguez-Miranda’s mother instructed her daughter to be at the home to speak to police after the incident, but she had already fled with her boyfriend.

‘Why didn’t that baby die dude thats dumb,’ she wrote.

A warrant has been issued for her arrest, if captured her bond will be $50,000.