A woman who focused her attention on mastering skipping after being furloughed from her full-time job during lockdown has revealed she’s turned the hobby into a lucrative career.

Lauren Flyman, 30, from St Albans, was constantly travelling to meet customers in her role as a sales manager before the pandemic left her unable to work after being furloughed.

Having become bored with DIY and weightlifting within weeks of lockdown starting, she decided to try and ‘master’ jump rope and joined an online community of skipping obsessives.

She then set up a dedicated Instagram account to post her jump rope routines almost daily, which led to a number of brand deals as well as her own range of fitness equipment, meaning she’s not had to return to her old job.

‘My life has changed enormously and I have it better now in so many ways,’ Lauren told The Sun.

Lauren Flyman, 30, (pictured) from St Albans, has gone viral on social media after launching an online career with videos skipping 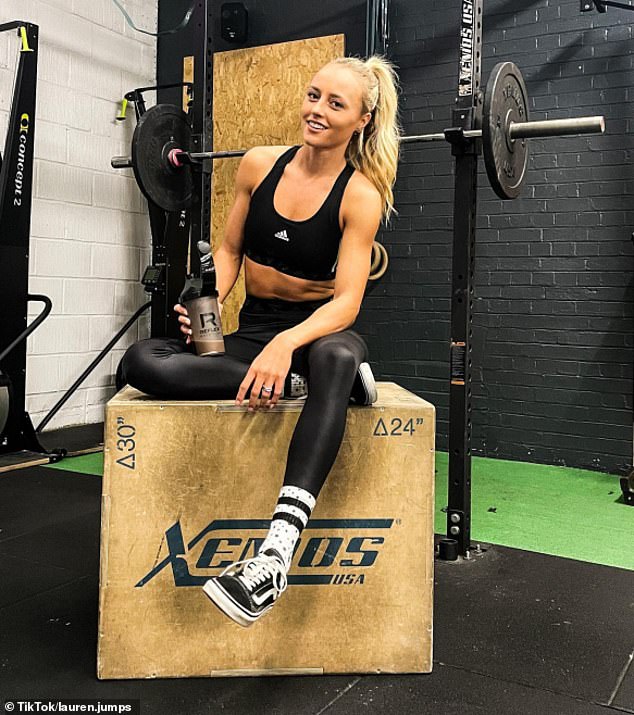 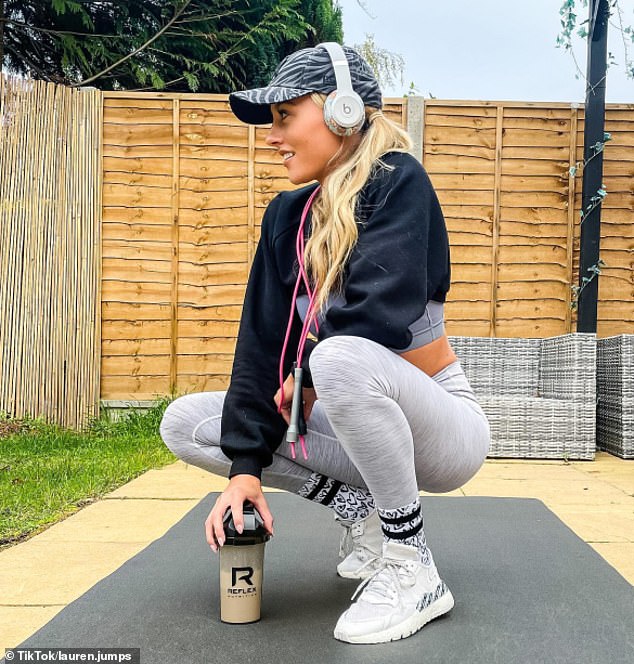 ‘In my previous job, I had a salary and had to be quite sensible. Now I have the funds to re-invest my money back into my business and to work on big projects I care about, and I would never have had the opportunity to do this before.’

Lauren, who boasts more than one million followers on Instagram, explained that she spends just six hours a week physically skipping while the rest of her time is spent working on building her brand and choreography.

She said skipping on social media has given her the ‘financial freedom’ to live a more luxurious life if she wants.

The influencer admits it took a while to progress in skipping after starting out when gyms closed in April 2020. 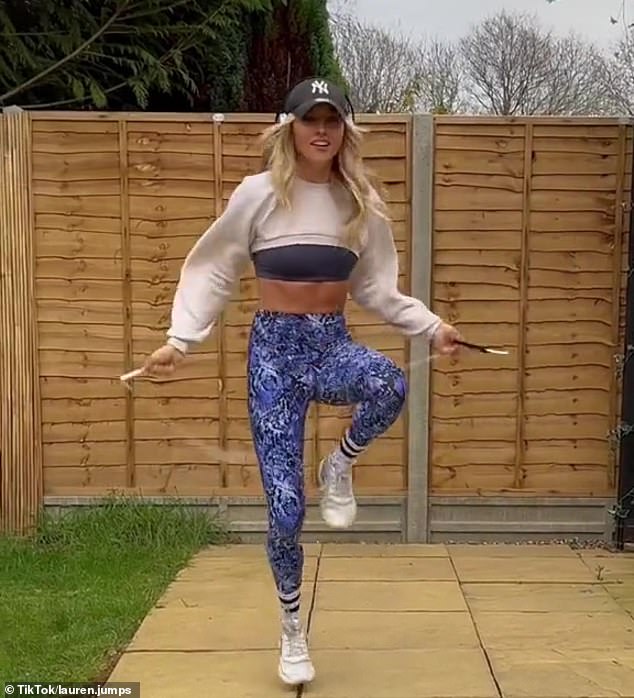 Lauren spends six hours a week skipping, then focuses the rest of her time on choreography and building her brand 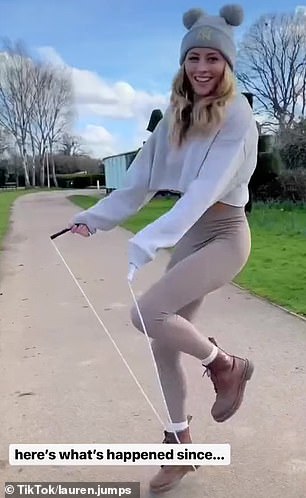 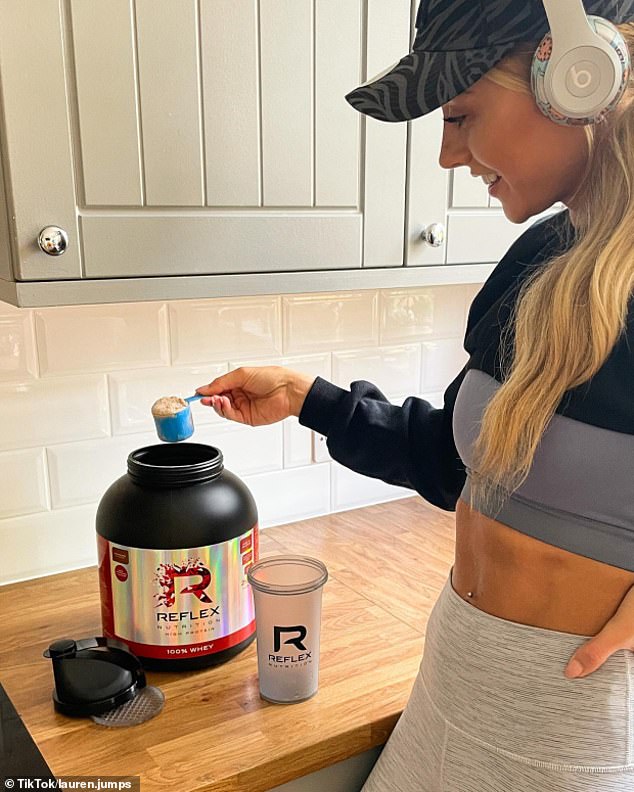 Lauren revealed that she had previously tried skipping as an adult but was so ‘awful’ that she vowed not to do it again.

During lockdown, she pushed herself to learn the skill and soon decided to make it her full-time job after briefly returning to working in sales part-time.

Lauren, who owns about 30 pairs of leggings, said skipping competitions are global but it’s still ‘not that big of a sport’.

‘I think it’s just finally getting the publicity it deserves, and it’s changed my life in so many ways, regardless of it becoming my job, that I want to share that,’ she added. 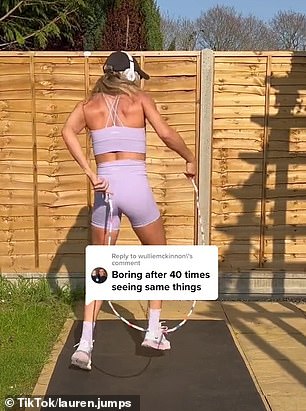 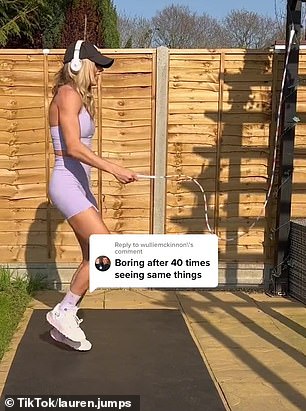 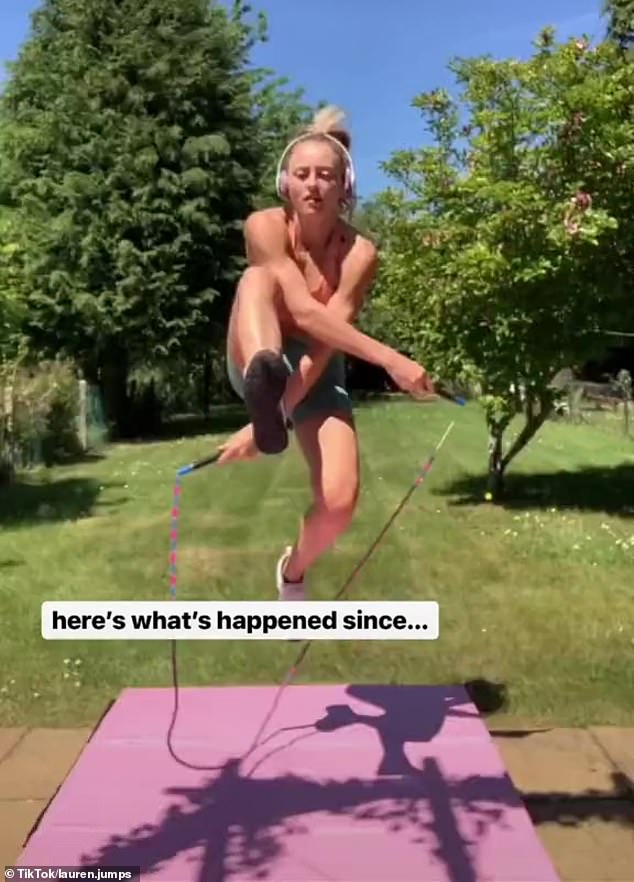 Lauren admitted that she would previously get upset when people left negative comments, but she now sees things differently 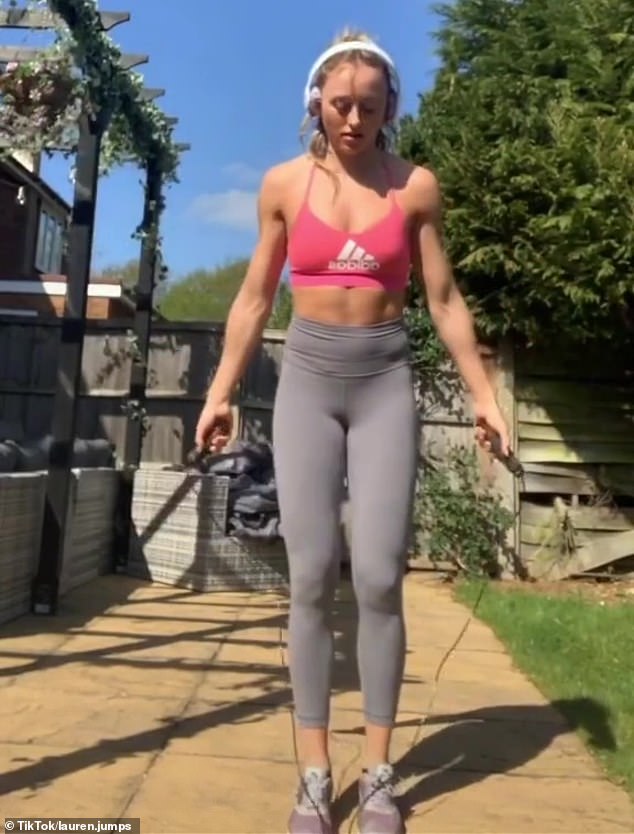 Lauren admitted that she used to get upset by negative comments left on her videos but has started looking at things differently.

Despite the online trolls, the influencer has gained almost 600,000 followers on TikTok and over 14,000 subscribers on YouTube, where she shares longer form videos offering tips on the best types of ropes and how to prevent injury.

Lauren explained in her first video that skipping has helped her to get in the best shape of her life while eating a flexible diet.

She said: ‘When I started I was tripping all over the place and when it came to footwork I was stomping around like an elephant but I was absolutely determined to master it.

‘Fast forward seven months and I am now able to do all these fancy things, like I can do a mic release which is when you release the handle and catch it mid-jump. 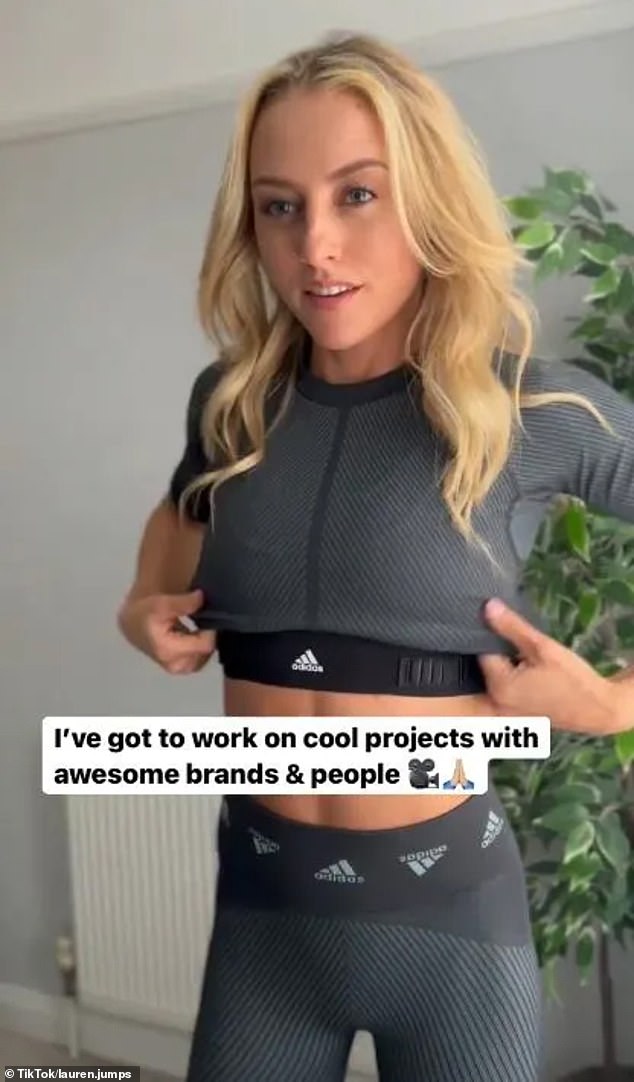 ‘I can do all these wraps which is when you purposely wrap the rope around your body and untangle yourself and I can do leg crosses which absolutely fry your brain.

‘I’ve also mastered a lot of footwork at quite a decent speed, which is crazy.

‘So not only has this been like super fun and a great way to spend a really tough year but I’m the fittest I’ve ever been and I’m probably in the best shape I’ve ever been, while being able to eat a really flexible diet.

‘The best thing of all is that through my journey I’ve inspired so many people to pick up a rope, whether it’s for fun or for their physical health or their mental health.

‘Jump rope has pretty much changed my life and it’s actually made something that should be a very negative experience in life super positive for me.

‘We all have something that covid-19 has ruined for us this year, for me it was my wedding but despite that it’s actually turning out to be one of the best years of my life and that is because of jump rope.’