A woman who died 90 years ago has caused a stir on social media after a cemetery guide spotted her very colourful nickname of ‘T*ts’.

Samantha Perrin came across the nickname on the headstone of Edith Ethel Brown while giving a talk at Foster Hill Road Cemetery in Bedford.

The incongruous appearance of the word on the grave of the woman who died aged 44 in August 1928 has prompted a flood of dubious jokes online. 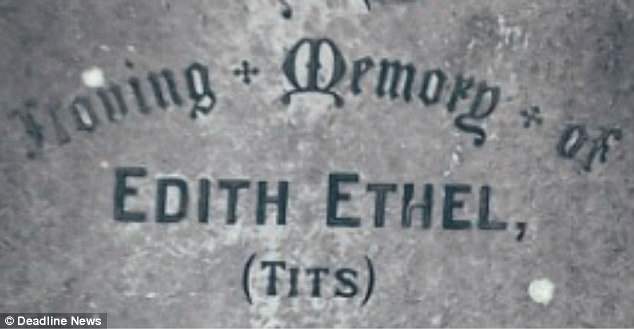 But Miss Perrin, a historic cemetery tour guide, is now investigating how Mrs Brown – who was married to a William Thomas Chessall Brown – acquired her nickname.

Mr and Mrs Brown’s wedding certificate revealed that the name ‘T*ts’ could not relate to any middle names, because it revealed her maiden name was Edith Ethel Millard. 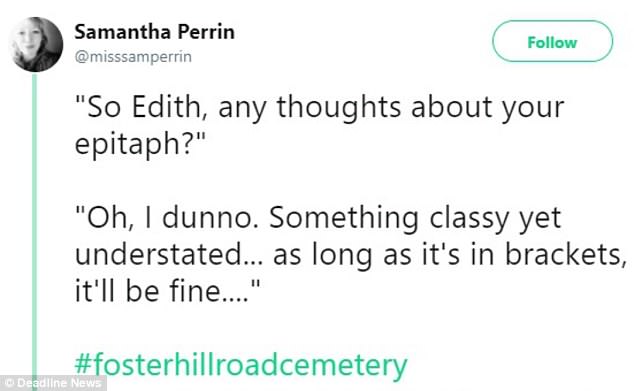 Her obituary was published in The Bedfordshire Times, stating that she died ‘after a long illness’ and lived at 49 Sandhurst Road in Bedford. 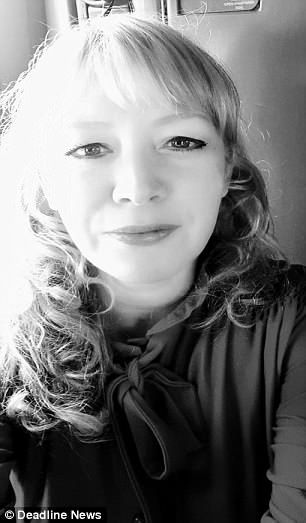 Miss Perrin was giving a talk at the cemetery when staff drew her attention to the gravestone, and she shared a photograph of the discovery on Twitter.

She said: ‘So Edith, any thoughts about your epitaph? ‘Oh, I dunno. Something classy yet understated… as long as it’s in brackets, it’ll be fine…’.’

The post has since attracted nearly 2,000 likes, about 700 retweets and dozens of comments from followers making jokes.

Hilary Cockshaw said: ‘Oh. I want that on mine. It’ll be lovely for the kids!’

Another added: ‘One has to wonder what his pet name was’. And Stavros Medaliano tweeted: ‘Seems to be an old term. So maybe Edith was blessed, and William was a cheerful chap.’

But Miss Perrin and other intrigued social media users have been delving into more serious reasons for the wording.

One called Tracey wrote: ‘Presumably a nickname that didn’t mean then what it does now. Or maybe it did… in which case this is epic.’

The find delighted Twitter users, with one saying: ‘One has to wonder what his pet name was’

Nicola Brennan said: ‘Is it not just short for ‘Edith’ or a kind of nickname based on it (that obviously wasn’t as funny as now)? The same way the name Elizabeth has lots of different variants.’

The word ‘t*t’ comes from the Old English ‘titt’, for teat, nipple or breast – which is a variation of ‘teat’.

It is also related to the Middle Low German ‘title’ and the Norwegian ‘titta’.

But the modern slang ‘t*ts’, used from 1928 – which happens to be the same year that Edith Ethel ‘T*ts’ Brown died – is said to be a more recent reinvention without awareness of the original form.

The Oxford English Dictionary states that the word is merely suggestive of something small, and the vulgar slang use was initially found in the US.

The word ‘t*tties’, also previously spelled as ‘tetties’, was first recorded in 1746 as a ‘nursery diminutive of teat’.

The word ‘t*t’ is also known to refer presently or in the past to small birds, a titmouse, a girl or young woman, or a small or poor horse.

Another called Daniel Gee wrote: ‘Apologies if this has been mentioned already, but IMO (in my opinion) I think it’s a nickname.

‘Not sure if ‘t*ts’ was slang for anything other than the bird variety prior to the 1920s? Great find though.’

Miss Perrin replied to comments, writing: ‘I was taken to the grave by two of the lovely people involved at the cemetery. No idea about the back story.

‘I’d not have noticed either until it was pointed out to me. I’m pleased so many are interested in the origins her possible nickname, it’s great.

‘I love how this little mystery has turned into a mass detection exercise – I’m looking into Edwardian slang acronyms as we speak #TeamEdith.

She later added: ‘I like to imagine her knocking back neat gin while dancing on the bar. Wonder what she’d make of all this attention?’

Speaking today, Miss Perrin said: ‘I’ve been blown away by the reaction to Edith’s headstone and had felt a little guilty that I perhaps had framed it in the wrong light. 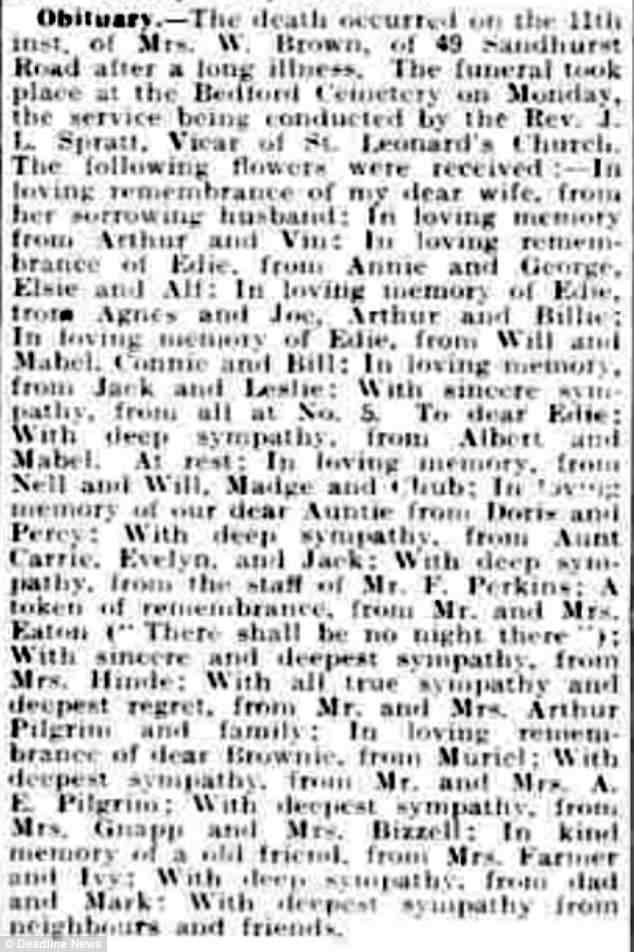 Mrs Brown’s obituary was published in The Bedfordshire Times, stating that she died ‘after a long illness’ (on the third line above) and lived at 49 Sandhurst Road in Bedford

‘But (I) am since delighted that so many people have expressed interest in finding out the origins of what we suspect is her nickname.

‘I think we are looking at it from a 21st century point of view, and not a Victorian one. I suspect it’s either a variation of her first name.

‘Perhaps a sibling couldn’t say Edith or just an affectionate nickname when the word had a different meaning.

‘Either way, we need to get to the bottom of it. I would love to track down some relatives because the mystery of ‘T*ts’ needs to be solved!’