A disgusted girlfriend who found child abuse images on her partner’s phone sent a heartbreaking message to a friend before killing herself.

Lydia Roberts, 21, had been living with her partner Adam Wells, 27, in Radcliffe, Greater Manchester.

But she discovered pornographic images of children from a Russian website on his spare phone when he left it at home in July 2017.

Lydia Roberts, 21, had been living with her partner in Radcliffe, Greater Manchester, when she discovered indecent images of children on his phone

Lydia, who worked as a retail assistant in H&M, had confronted Wells by text to demand answers.

He had dismissed the images but she wrote: ‘You have problems Adam, it’s over. How can you tell me this isn’t paedophilia?’

The couple, who had been together for two years, continued to argue and Lydia told Wells how he had ruined her life. 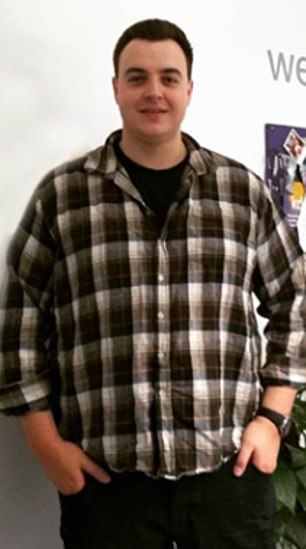 She initially confronted her partner, Adam Wells, 27, (pictured) by text

She reported him to the police before then sending a heartbreaking text to one of her friends, Sophie Malik, that read: ‘He’s ruined my life…’I have been living with a paedo.’

But Lydia had felt so ‘violated’ and ‘ashamed’ after finding the child abuse images that she hanged herself just hours later.

Wells had found Lydia dead at 3.30 in the morning when he returned home from a night out with friends and colleagues.

He subsequently appeared at Manchester magistrates court in July 2018 were he admitted possessing 31 indecent photographs of children and was given a 12-month community order.

He was also ordered to sign the Sex Offender Register for five years, complete 150 hours of unpaid work and pay a £85 victim surcharge.

Lydia’s mother Michelle has since spoken out about how she holds Wells fully accountable for her daughter’s death.

‘To think that all of this has happened because of him but he’s been given a slap on the wrist.

‘He’s responsible for what she did that night,’ she said speaking to The Mirror.

Michelle and her husband Eric had been on a cruise travelling around Norway at the time when they learned of their youngest daughter’s death.

The couple, who have eight children, were escorted off the ship and had tried to contact Wells to find out what had happened. 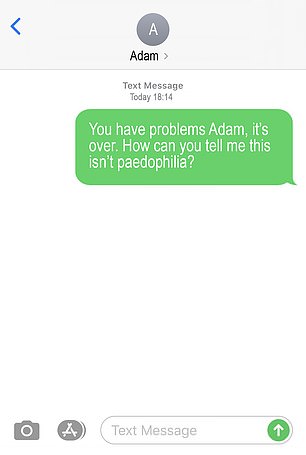 They had managed to get through but only exchanged a few words.

Sophie, who had received Lydia’s final text, was the one to tell her parents the whole story.

Michelle said that at first she could not believe it but later felt some relief that she knew her daughter’s reasoning.

Coroner Zak Golombeck recorded Lydia’s death as suicide and told the Manchester hearing: ‘I have considered the totality of the evidence and I am able to conclude that Lydia Roberts took her own life and intended to do so.

‘There is evidence relating to her mental health and the nature of the correspondence taking place on that day between herself and Adam Wells.

‘She had a history of attempting to take her own life, and also had depression and had been prescribed antidepressants.’

But the family say that they were unaware of her mental health.

The inquest also revealed that Wells had subsequently changed his surname to Scott in an attempt to acquire a job.

The family’s solicitor Sefton Kwasnik says that they still have unanswered questions about Lydia’s death.

The family wish to see the body camera footage of officers when they first entered Lydia’s flat after her death as well as a report on Adam’s locations tracked using his mobile phone signal.

They also want the police to track down Lydia’s phone that they claim was never recovered.