A 28-year-old mother who kept four emaciated bull matiff’s in a filthy backyard has been banned from keeping animals for 10 years.

Carly Bennett, from Stoke-on-Trent, claimed that she was ‘too busy’ taking care of her children to look after her dogs as well.

The puppies were discovered ravenously rummaging for food in the garden which was littered rubbish bags, debris and harmful objects.

A vet who examined the puppies said their smell suggested they had been living in their own faeces and urine.

RSCPA inspector Charlotte Melvin found the dogs when she heard whining from behind a door at Carly Bennett’s home address.

This was after the charity had been tipped off that Bennett had left the starving puppies outside in rain, locked in a crate on a pile of rubbish, a court heard.

Bennett told Inspector Melvin that she had been woken by the puppies the previous night so had stuck them outside despite the rain.

The defendant admitted four offences at North Staffordshire Justice Centre, including causing unnecessary suffering to the dogs as well as keeping them in unsuitable living conditions, without a suitable diet and clean drinking water. 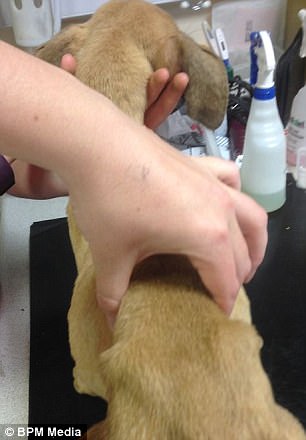 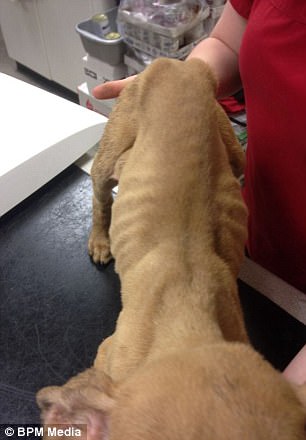 Carly Bennett, from Stoke-on-Trent, claimed that she was ‘too busy’ taking care of her children to look after her dogs as well so they ended up in this condition (pictured)

As well as her ban from keeping pets she has also been handed a 12 month community order and fined £120.

The court also issued a deprivation order for Hooch, the adult bull mastiff she had owned. 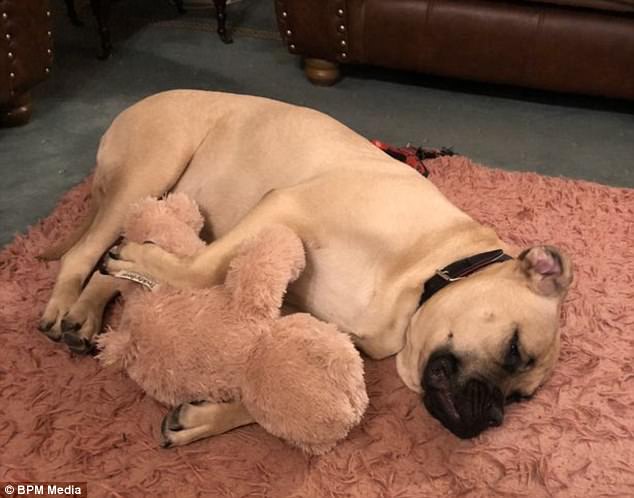 The four bullmastiff puppies have since found happier homes after being taken in by the RSPCA.

Inspector Melvin said: ‘The puppies seemed ravenous, from the way they were frantically searching the garden for something to eat or drink.

‘The defendant handed the puppies over to me, and I took them straight to a vet who said the strong smell from the dogs suggested they had been living in filthy conditions, in their own urine and faeces.

‘There were three adult mastiff type dogs at her property as well, although at this point they appeared healthy and so I advised Bennett to tidy up the yard and remove the debris and hazards which were dangerous to the dogs’ welfare.

‘However, when I returned to the address in August, one of the dogs was by then emaciated and the yard was still covered in rubbish that made it an unsuitable environment to be keeping any animals in.’

Bennett’s husband Craig Bennett who was due to face the same allegations failed to attend court and an arrest warrant has been issued for him.