A self-described actress and married mother-of-two who released hundreds of live worms and crickets in an NYC subway car in a chaotic prank has pleaded guilty to the bizarre crime.

Zaida Pugh, 23, posed as a deranged woman on a Brooklyn-bound D train in August 2016, when she pretended that she wanted to sell the insects until a man – who was later revealed to be an accomplice – intentionally flipped the container holding them, sending 300 crickets and 300 worms across the Subway car.

She kept screaming and acting erratically during the bizarre incident, and at one point, urinated on herself.

Pugh appeared in a sweatsuit in court Monday, when she pleaded guilty to reckless endangerment and dodged jail time.

She will instead be required to complete a treatment program, Women’s Prison Association JusticeHome.

The organization’s website states that is promotes  ‘alternatives to incarceration and help women living in the community to avoid arrest or incarceration by making positive changes in their lives.’

Pugh, from Brooklyn, said the situation got out of hand as she didn’t expect that someone would pull the emergency brake. 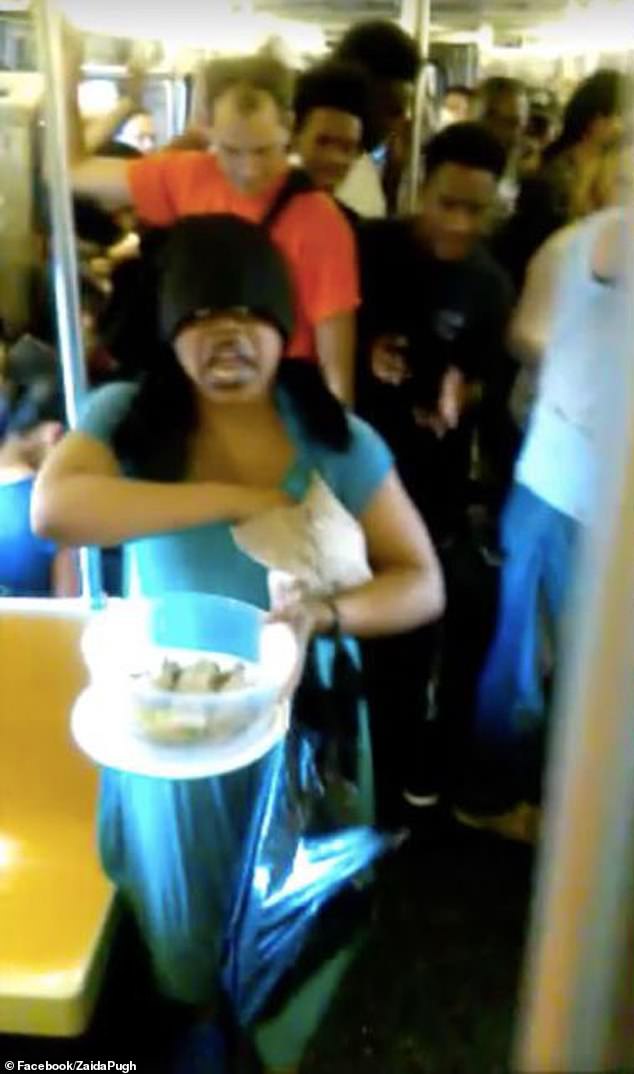 Pugh, pictured during the incident, said the whole thing was a set-up and claims she was trying to shed light on how homeless people are treated in public 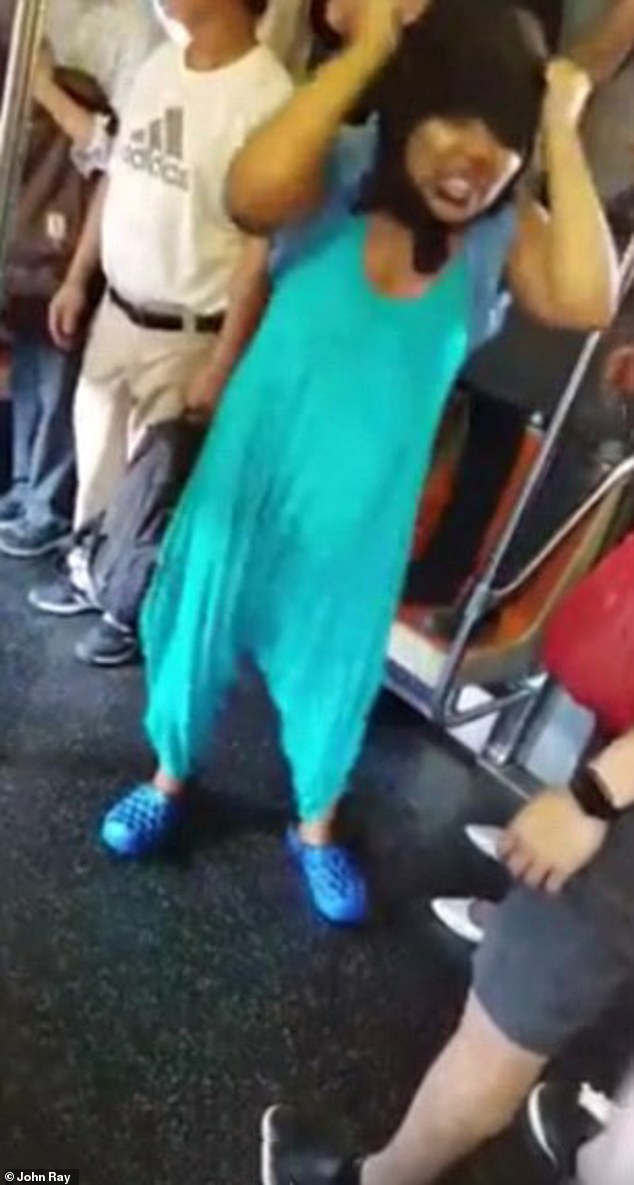 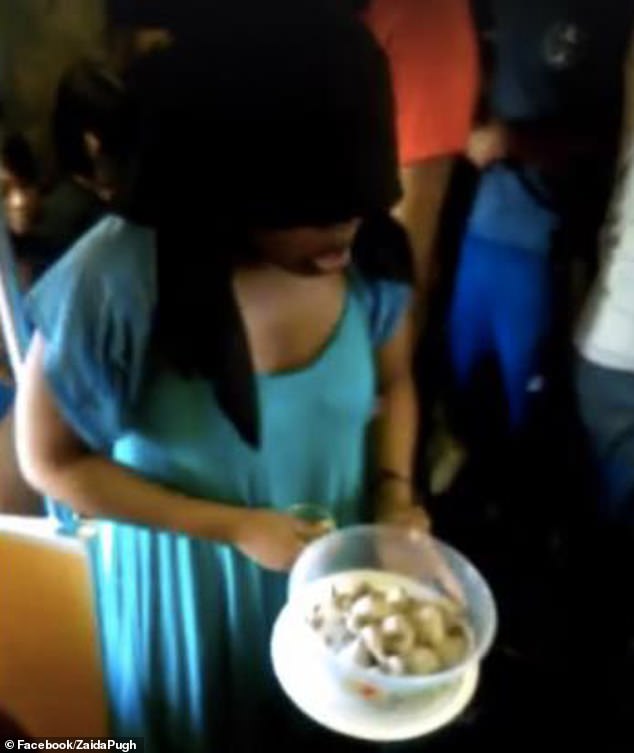 But that is what happened, and passengers were stuck inside an AC-less car for 30 minutes while Pugh stayed in character – and let her prank escalate to unforeseen heights.

Pugh has revealed the whole thing was a set-up and claims she was trying to shed light on how homeless people are treated in public places.

Pugh, who according to her Facebook profile has a husband and two young children, was arrested in August 2016.

An 18-minute video shows how Pugh, who studied at Brooklyn Theatre Arts High School according to her Facebook profile. pulled the prank on a crowded D train last week.

Dressed in a turquoise dress and blue clogs, wearing a black scarf on her heard, Pugh acted as though she was trying to sell the bugs.

At one point she yelled that she was just trying to make money to ‘cure her sickness’.

Pugh then pretended to retch, projected snot, and ultimately announced she had to pee, before relieving herself in the middle of the closed subway car. 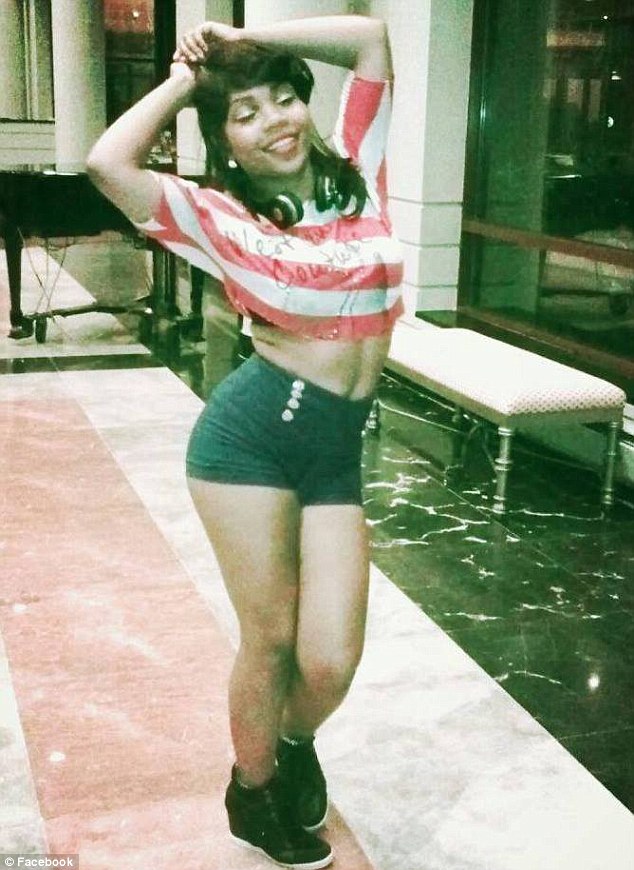 ‘I did [urinate] but didn’t purposely mean to,’ Pugh previously told the New York Post.

‘It was very hot and I was holding my bladder. When I realized we weren’t going anywhere, I said, ‘I’m gonna just let it out.”

Pugh, who has participated in similar pranks for four years, admitted that the people attacking her in the video were part of the stunt – but insisted that the aim of her projects was to show ‘what homeless people go through and how people treat them’.

Authorities took her to the New York Methodist Hospital for a psychiatric evaluation after the ordeal.

‘Initially, we thought she was an emotionally disturbed person. She went out and made further statements to the press that she had done this on purpose,’ Chief of Detectives Robert Boyce said.

Pugh lamented in her Facebook live video at the time that she doesn’t know what is going to happen to her and that her dreams of being an actress would ‘go down the drain’.