A woman who posed as a Swedish model to snare men into taking part in a terror plot and threw pipe bombs at police has been convicted of attempted murder.

Christine Connor, 35, was convicted on Wednesday after a court heard how she lured police out with hoax phone calls before throwing two pipe bombs at them in Belfast in 2013.

In 2017 a court heard how she created social media accounts using a fake name, and photographs of blonde Swedish model Sanne Alexandra Andersson.

She then used these to draw in Stuart Downes, 31, from Meole Brace in Shrewsbury, and Zachary Gevelinger from the United States, enlisting their help as she plotted attacks on police in north Belfast – luring officers into the area with fake 999 calls.

Both Downes, who sourced and purchased explosives for Connor, and Gevelinger ended up killing themselves.

Belfast Crown Court also heard that she had ‘ridiculed’ dissident republican group Oglaigh na hEireann in an online conversation for ‘having no desire to kill a cop,’ adding that had they wanted to they would have achieved it.

Christine Connor, 35, posed as a Swedish model online to try and lure men into taking part in a terror plot. In a separate incident, she threw two pipe bombs at Belfast police in 2013

Connor denied charges of attempted murder and causing an explosion likely to endanger life, linked to two incidents in the north of the city in May 2013, however in a lengthy judgment Judge Stephen Fowler dismissed her explanations.

During the first incident on May 16, 2013, an early morning 999 call was made by a female who claimed she had seen an object she thought was a bomb in a garden on the Ligoniel Road.

Officers observed a large plume of smoke in the area shortly after the call on CCTV and when police went to the scene they observed two scorch marks on the road. 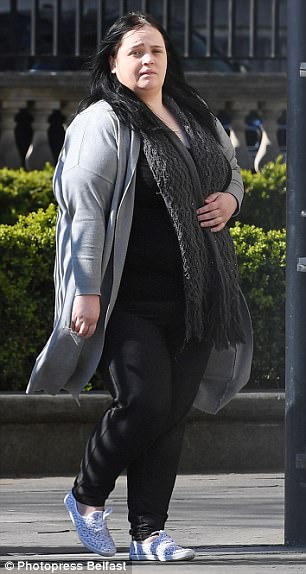 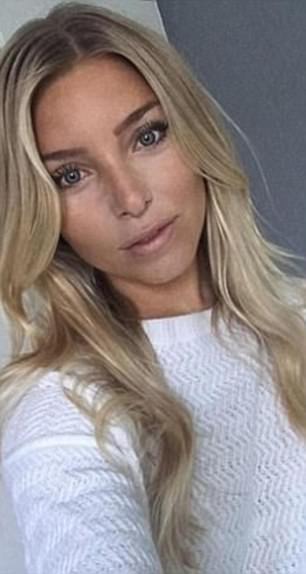 In the second incident on May 20 of the same year, police officers attended the Crumlin Road after receiving a call from a woman who claimed she had been attacked by her boyfriend.

It was there that two pipe bombs were thrown from an alleyway. The first exploded close to an officer’s foot, who ran away but tripped on a kerb, after which the second device was thrown. Nobody was seriously injured.

Following a non-jury trial which commenced at the end of last November and ran until mid-December, Judge Fowler said a ‘compelling circumstantial and forensic case’ had been presented. 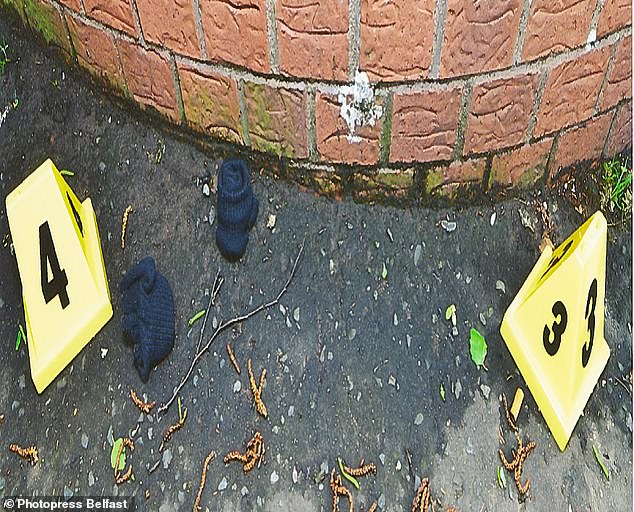 Gloves were found at the scene of the attempted murder in Belfast, Connor, however, claimed she handed out items of clothing at republican events

Connor was linked to the charges with DNA evidence from clothing as well as mobile phone evidence and CCTV.

Judge Fowler said explanations by Connor around clothing with her DNA on them found at the scene of the second incident had not been told to police when she was interviewed.

‘The suggestion she handed out gloves and other items of clothing at republican events was never told to police in interview, she also failed to tell police that republicans regularly attended Republican Network for Unity events at her home and she gave clothing away online. I conclude this was recent fabrication by her to account for her DNA on the gloves and hooded top discovered at the scene,’ he said. 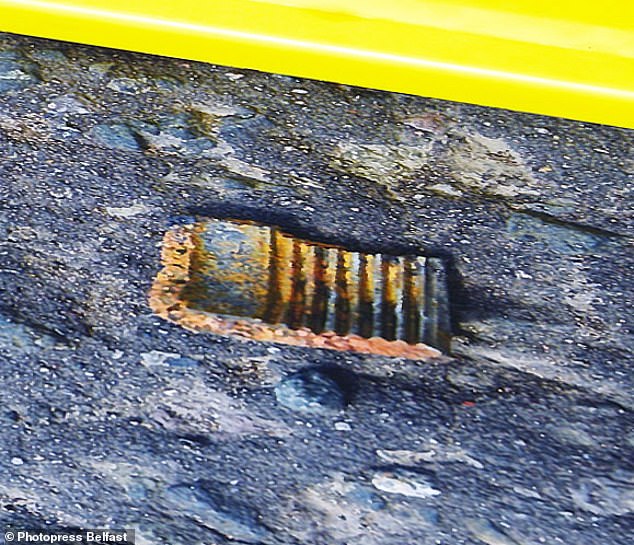 He also dismissed her claim that she had been ‘set up’, potentially by an informant, adding there had been ‘no such evidence’ placed before him.

Judge Fowler said as he watched the defendant give evidence, he had found her ‘evasive and argumentative’, adding she had refused to answer questions when it suited her.

The judge concluded: ‘The court is satisfied that the combination of circumstances present in this case is such that it produces a compelling case, compelling circumstantial and forensic case that the defendant Christine Connor threw the two pipe bombs from the alley-way … and at the time of doing so she intend to kill (the police officer).’

‘This was an attack on police officers, who were carrying out their role of protecting communities,’ he said.

‘I would like to pay particular thanks to them. This was a traumatic experience for them and I acknowledge that as victims they have waited a very long time for today’s outcome.

‘Today’s conviction is the result of excellent joint working between the PSNI and West Mercia Police alongside the West Midlands Counter Terrorism Unit and we will now await the sentencing.’

She was remanded in custody ahead of sentencing on August 20.