A woman who tried to survive 40 days alone on a remote island had to be rescued after she injured herself in a fall just days into her experiment.

Possibly inspired by Jesus’s journey of self-discovery into the desert, the unnamed woman was attempting to live without human contact on the island.

But emergency crews were forced to rescue her after she fell on the Shiant Isles, about five miles south-east of Lewis in the Outer Hebrides.

Into the wilderness: The woman was trying to survive on the remote island, a habitat for various seabird species

At about 8.30am yesterday – with not even half her challenge completed – the woman requested she be rescued by coastguard personnel.

After 12 days on the island the woman fell and injured her head. She carried on for another four days before finally calling for help.

A lifeboat arrived on the island and transferred he to Western Isles hospital where she was treated.

A Maritime and Coastguard Agency spokeswoman said: ‘We believe the casualty’s intention was to stay on the islands without human contact for 40 days.

‘However, following a fall she requested assistance. She had not been on the island for very long. 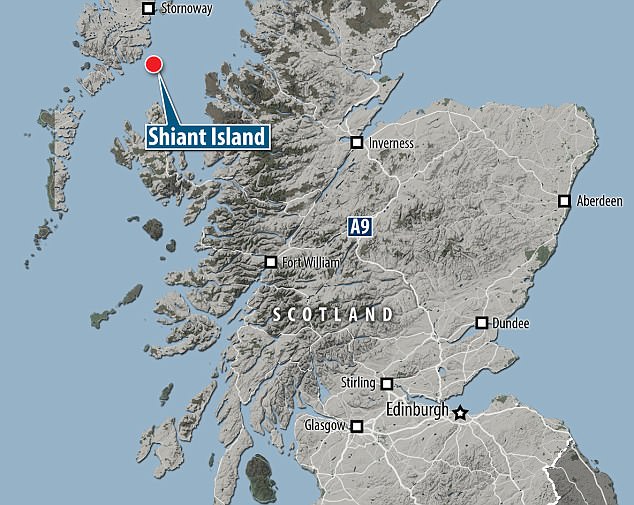 The Shiant Isles in north-west Scotland are home to puffins, guillemots, razorbills, shags and great skuas

‘Stornoway RNLI lifeboat were tasked to transfer a casualty having had a head knock from the Shiant islands to Stornoway harbour.

Before the woman’s arrival, the Shiant Isles were best known as a seabird habitat for puffins, guillemots, razorbills, shags and great skuas.

Only last month they were officially declared rat-free thanks to a £1million four-year-long project to restore them as a nesting haven.

The black rats that had infested the isles were descended from those shipwrecked more than a century ago.

Compton Mackenzie – the author of the novel Whisky Galore – owned the islands in the 1920s. Unsurprisingly, the author never chose to live there.