A Michigan woman caught on surveillance footage fatally shooting her 43-year-old partner at an indoor trampoline park won’t be charged after prosecutors determined she had reason to fear he would kill her 14-year-old son.

The incident took place on January 18 at Planet 3 Air Park in Flint Township.

The 39-year-old woman, whose identity is not being revealed by authorities because she is a victim of domestic violence and because she hasn’t been charged with a crime, shot and killed Damon Darnell Hodges.

Hodges and the woman who shot him were alone inside her SUV in the parking lot after her 14-year-old son and two other children went inside the building, according to prosecutors.

Damon Darnell Hodges, 43, was fatally shot at a trampoline park in Flint Township, Michigan, on January 18 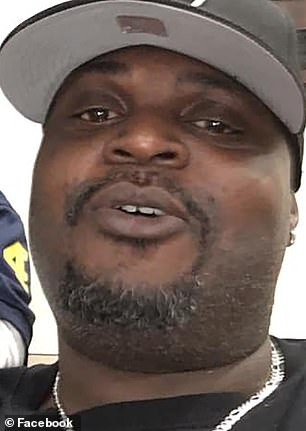 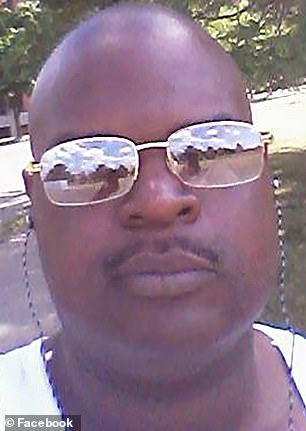 Authorities say Hodges was engaged in a violent argument with his partner, a 39-year-old woman, and her 14-year-old son 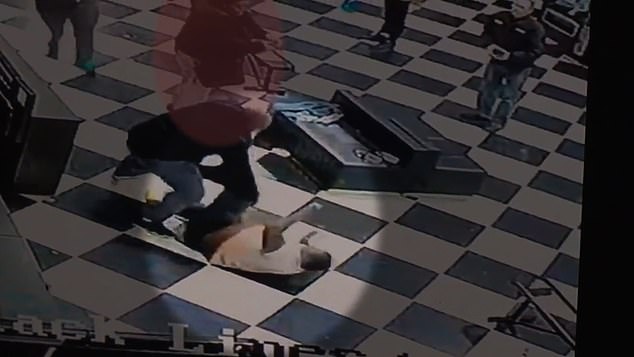 Surveillance footage from the incident shows Hodges (in the dark-colored shirt) beating up his partner’s 14-year-old son (seen in the light-colored shirt on the ground). The mother is seen above standing just a few feet away 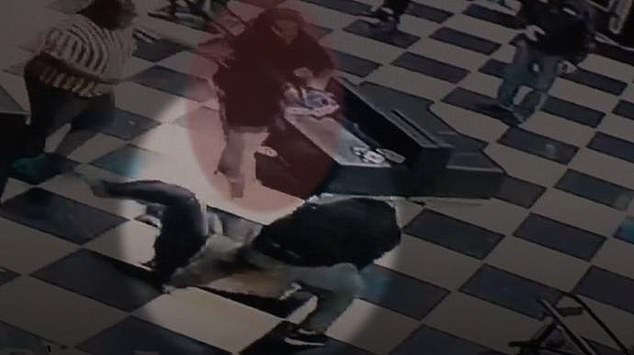 The two had been arguing all day over a domestic dispute, according to prosecutors.

‘They argued over his refusal to remove the snow from her car… and his failure to get a job,’ said Genesee County Prosecutor David Leyton.

‘It got physical. He put his arm around her neck and strangled her while sitting in the car.

‘She managed to get the driver’s side door open and kicked it out several times, knocking it into a car parked into the adjacent parking space.’

The driver of the parked car then told police he heard the woman telling someone to call 911, though he wasn’t sure if she was talking to him or someone inside the SUV.

Leyton said the woman and Hodges then got out of the SUV and made their way inside the building.

Surveillance footage from inside the trampoline park shows the woman, Hodges, and the woman’s son get into an altercation.

The 14-year-old son noticed that his mother suffered injuries from her encounter with Hodges in the SUV, according to authorities.

The footage shows the boy removing his jacket and throwing a punch at Hodges. 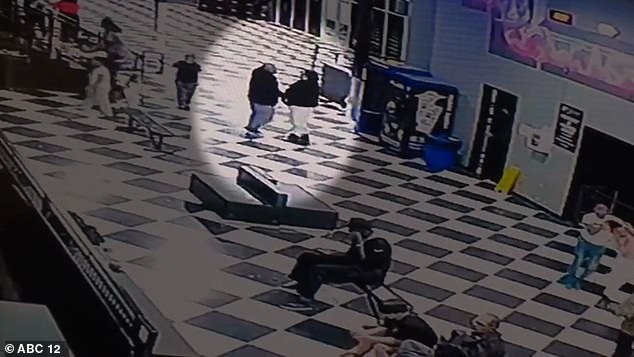 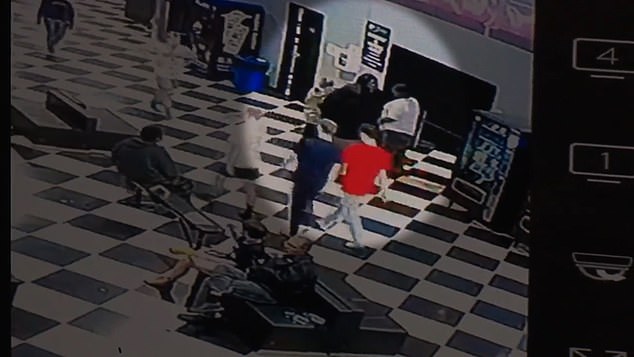 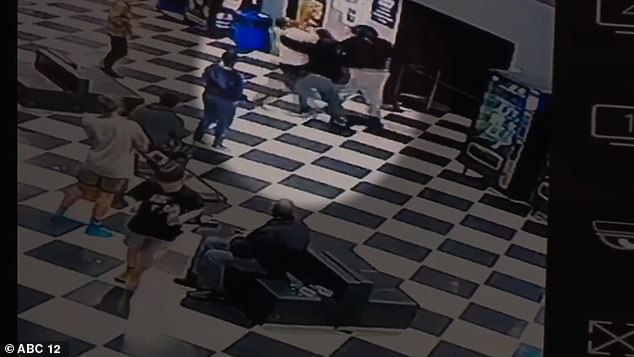 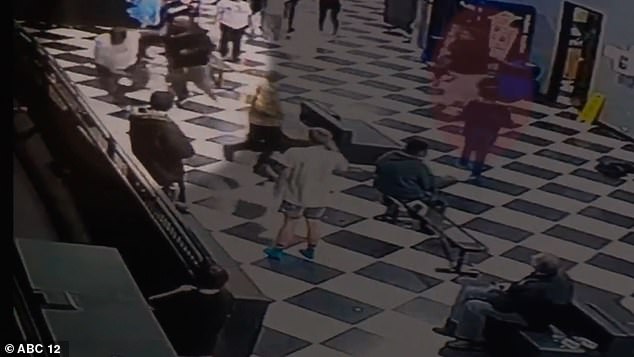 Hodges gained the upper hand on the boy, pushing him against the wall and hitting him repeatedly

The mother then steps in between Hodges and her son. Hodges then hits the mother and shoves her out of the way so that he can have a go at the boy.

Hodges is then seen beating up the boy, slamming him into a wall, and hitting him repeatedly.

Hodges then threw her son to the ground and continued hitting him.

Video shows the woman run over and pull out her gun. She then aims the gun at Hodges.

The video does not show the woman pull the trigger. She shot Hodges twice. He was pronounced dead a short time later.

After the shooting, the woman went outside and reported the incident to police.

Leyton said the woman had a license to carry a gun and that the weapon was registered. 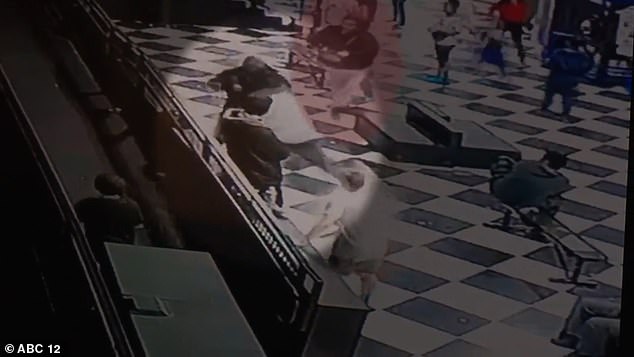 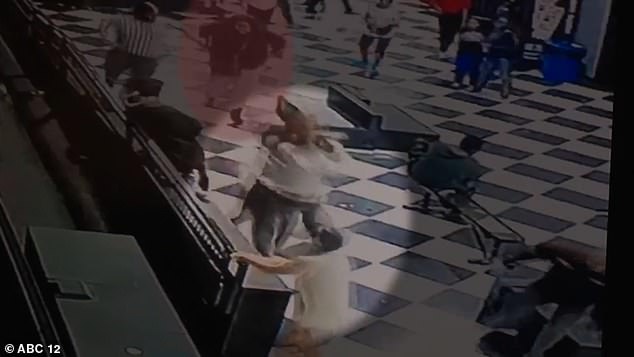 Planet 3 does prohibit handguns inside the premises, but prosecutors said that that the state does not have a legal right to prosecute a violator of the policy of the individual business.

According to prosecutors, Hodges was accused of punching the 14-year-old in the stomach and attempting to strangle him with a belt, according to previous complaints that the woman had filed with police.

Genesee County prosecutors said on Monday that Hodges has a violent criminal history dating back to 1993.

Nine different people have alleged they were the victims of domestic violence at the hands of Hodges, WJRT-TV is reporting.

According to MLive.com, Hodges was charged in 1995 with assaulting his 16-month-old daughter, leaving her with brain damage, deafness, and vision impairment.

He was eventually released in August 2008.

Hodges also has a history of choking women.