Woman with PCOS grows out her beard for the first time

A woman who has spent 14 years shaving her face daily in order to control the growth of hair that is the result of her poly-cystic ovarian syndrome has bravely decided to let her beard grow out for the first time to raise money for men’s cancer awareness.

The Virginia Beach woman, who goes by the name Nova Galaxia, has been recording her progress as a part of No-Shave November, posting YouTube videos of her journey and encouraging other women with the same condition to be ‘not afraid of who you are.’

In her first video of the series, Nova reveals that she was just 11 years old when she began developing darkened facial and body hair. She didn’t properly notice it at first – not until a snarky classmate decided to point it out to her.

Growing out: Nova Galaxia, 26, of Virginia Beach, Virginia, has struggled with excess body hair since the age of 11 because of poly-cystic ovarian syndrome 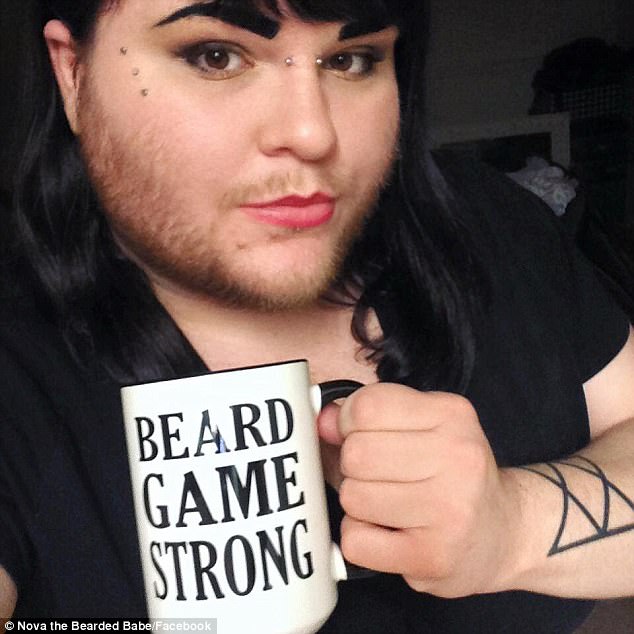 A good cause: After shaving daily since age 11, Nova decided to grow out her beard in honor of No-Shave November, which raises awareness for men’s cancers

‘He made fun of my thickening facial hair and he called me “peach fuzz” and left me with intense psychological issues,’ she explains.

Excess facial and body hair is one of several symptoms of poly-cystic ovarian syndrome (PCOS), a hormonal disorder typified by cysts growing on the outer edges of the ovaries. Other symptoms include acne, infertility and difficulty losing weight.

Like many women with the syndrome, Nova was put on birth control pills to help manage the condition as a teenager, but she stopped because the medicine made her feel ‘sh***y’.

She hasn’t had a period since the age of 16, when she stopped taking the pills. 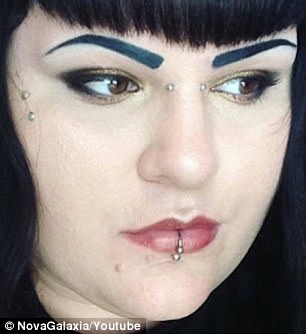 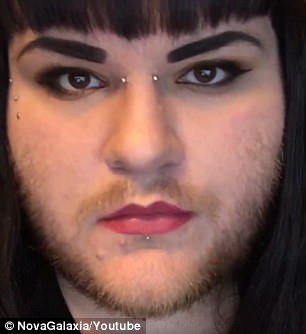 Working it out: In her videos, Nova talks about growing up with the syndrome, saying that she was bullied by a classmate in school, who called her ‘peach fuzz’ 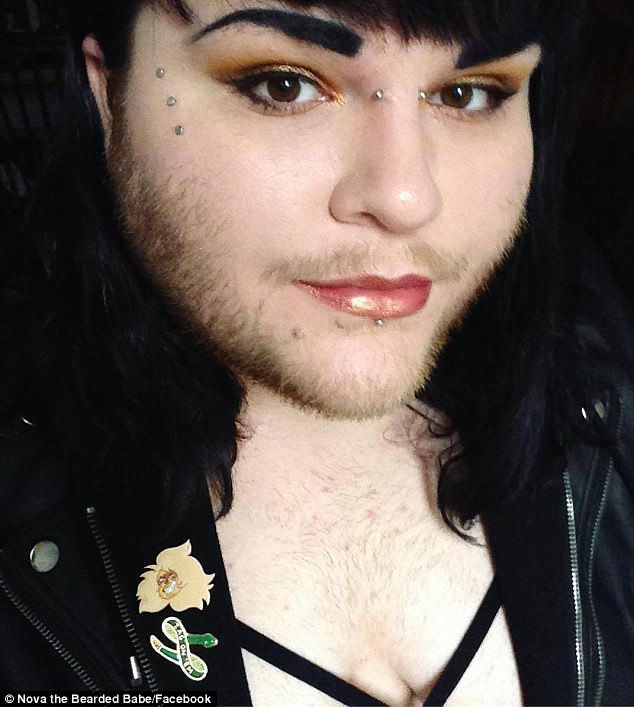 Gaining attention: Other symptoms of PCOS include difficulty losing weight, acne and infertilty

In her first video, Nova describes the beard-growing experience as ‘interesting’ adding that she is grateful that the hair hasn’t grown in ‘patchy’.

She also talks about the lack of attention paid to this particular common symptom of the condition – a fact that helped inspire her to share her experience online.

‘It’s not discussed at all,’ she says. ‘And people who have this issue are terrified to talk about it, because “women are supposed to shave” – and it’s just a bunch of bull****.

‘So I just wanted to be someone to reach out to for other people who might be going through this insecurity, because I know this has hindered my life for a long time,’ she adds. 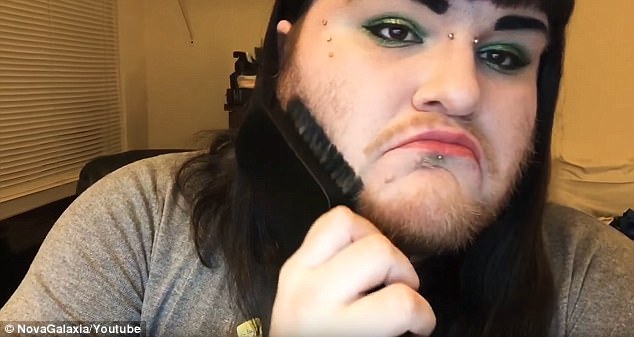 Learning as she goes along: The videos also show Nova adjusting to life with a beard after 14 years of shaving it off 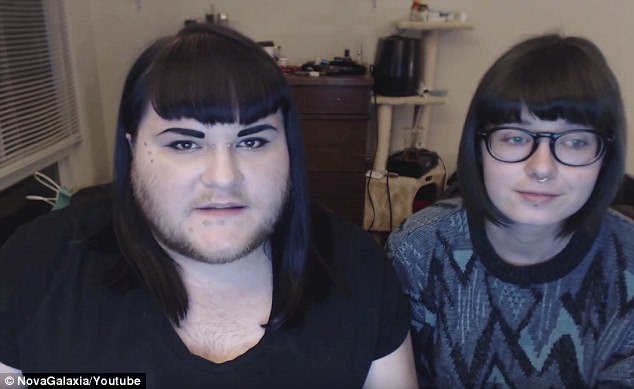 Behind-the-scenes: Nova claims that the experience has helped her gain confidence, thanks to the support of her friends, her partner (pictured) and people online touched by her journey

Nova’s first video went viral, gaining masses of attention from women going through the same struggles. Many reached out to Nova as well, thanking her for putting herself out there to help others.

In subsequent updates of her journey, Nova reveals that she has had a few stares, and a number of trolling comments posted on her videos, but that the support from other strangers online as well as her friends and partner of five years has helped build her confidence immeasurably.

‘I’ve let go of all that fear I had for 14 years. It’s great. It’s truly a liberating feeling,’ she says, adding to her followers: ‘I want you guys to know that I got so much more support than hate.

‘The hate is to be expected.’

Nova plans to keep growing the beard into December and continue raising awareness for men’s cancer. She even has plans to turn her facial hair into a ‘glitter beard’ once it is long enough to groom.