A young woman crashed her car into the living room of a brick house in Melbourne overnight.

The 21-year-old became airborne in the red Holden sedan before it crashed through the house at Point Cook early Wednesday morning.

A Victoria Police spokesperson said the car was travelling along Featherbrook Drive. 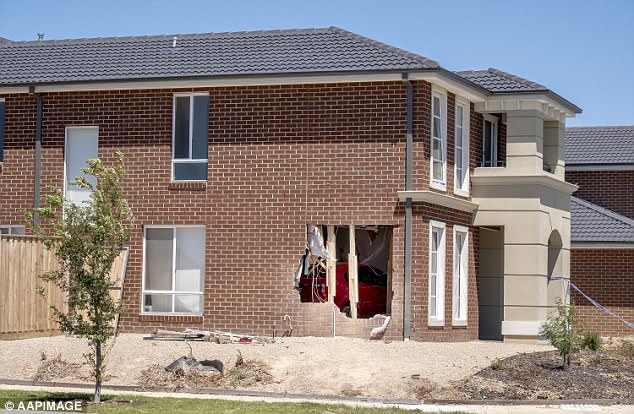 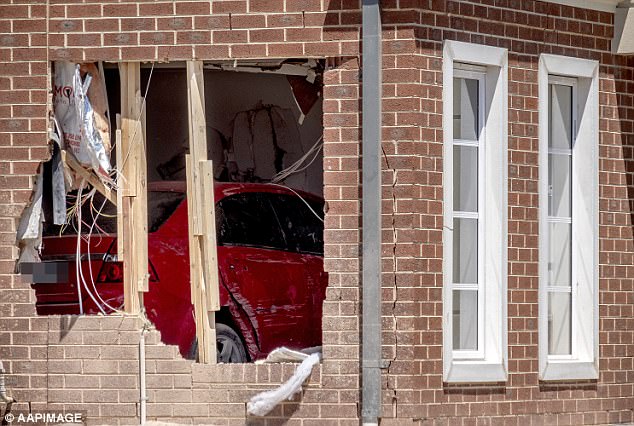 ‘[The car] struck the side of the double story property shortly after 3am,’ a police spokesman said.

The young woman was taken to hospital with non-life threatening injuries.

The man and woman who live in the house were upstairs and were uninjured at the time of the crash.

There are reports the 21-year-old woman lost control of the car and hit a garden embankment in front of the property, according to Sunrise.

The house is now being assessed for structural stability.

Police are investigating the cause of the crash. 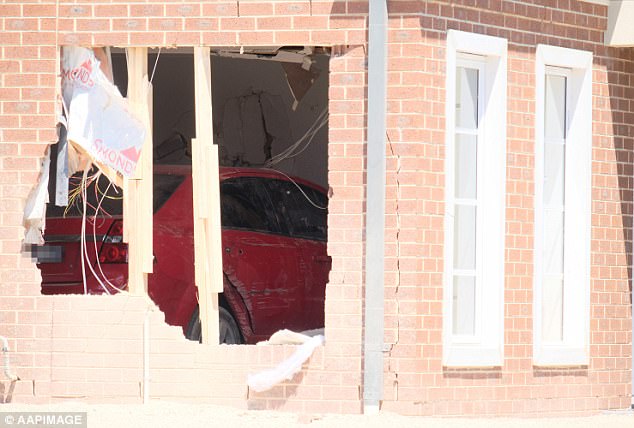 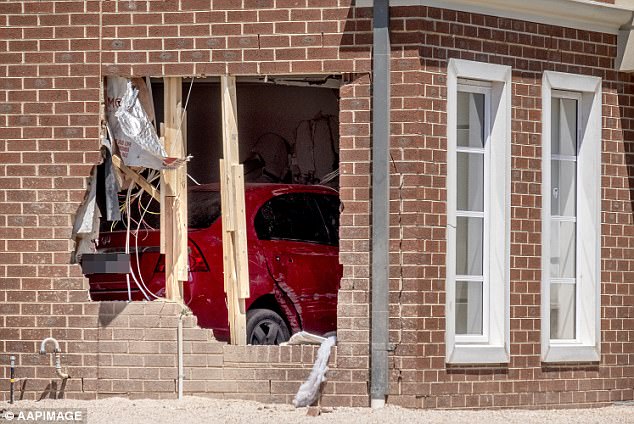 The crash comes less than three days after a fatal car accident in the same suburb which claimed the lives of three people.

The head-on collision on Palmers Road, Point Cook left one 35-year-old woman initially fighting for life but is now in a stable condition with serious injuries.

One car flipped and another caught fire on Christmas Eve, increasing the road toll this holiday season to 12 since December 15.