A man was left stunned by a passenger on his flight from Melbourne to Adelaide when she put her feet on the headrest of the passenger in front, sparking a mixed response online. He was aboard a Qantas/Emirates code-sharing flight when he spotted the relaxed woman, posting her picture to Twitter with the caption: ‘The person next to me on my flight’. 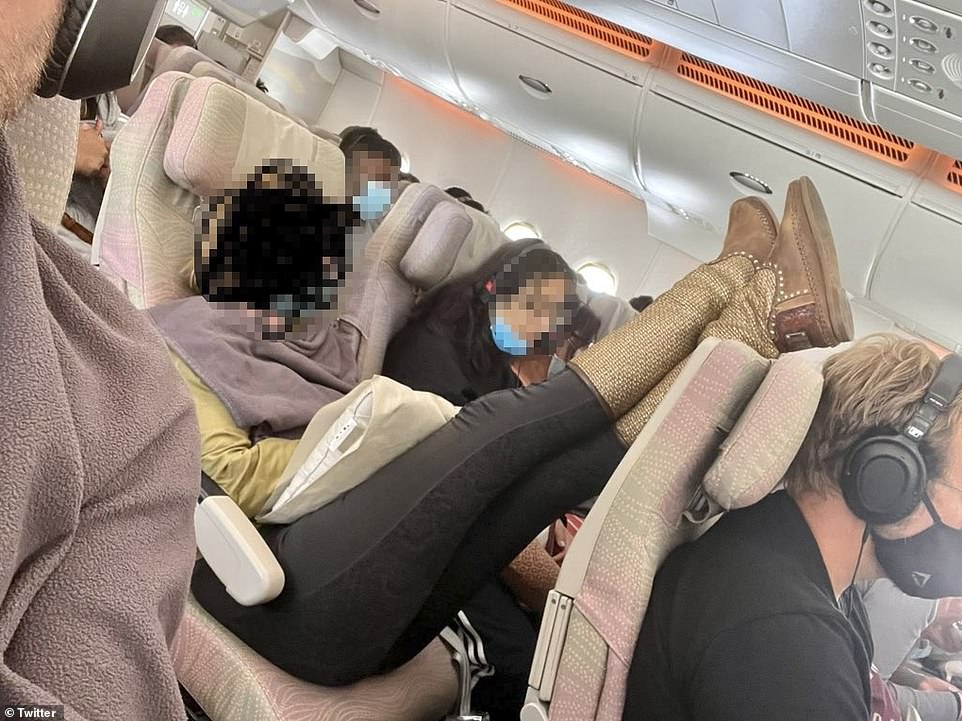 The picture shows the woman, in a pair of heavy brown boots, resting her feet on the headrest of the seat in front of her – just inches from another passenger’s head. While many agreed the woman’s actions were rude, some actually turned on the man who took the photo instead – saying she could have a ‘medical condition’. 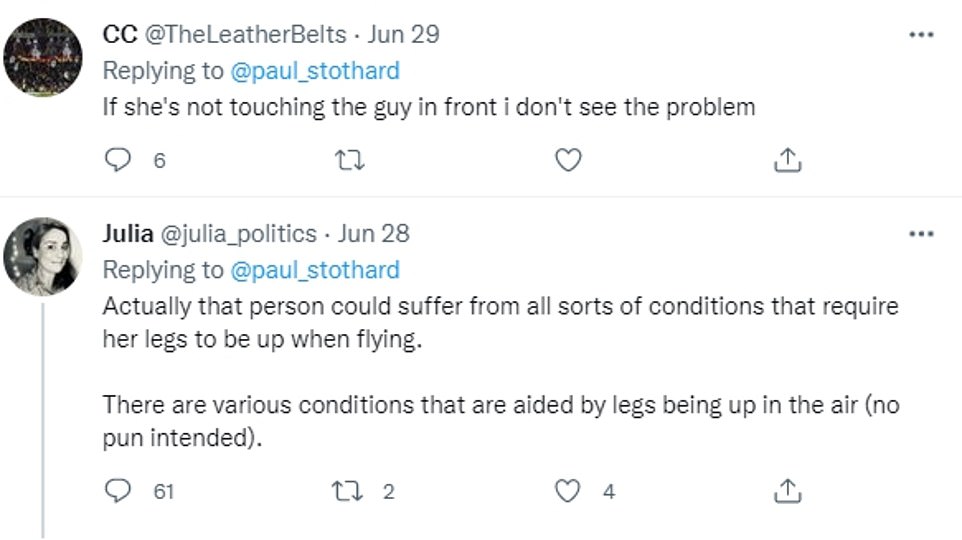 Some Twitter users said they didn’t see what the problem was with the woman’s actions. ‘Did you say anything or just take a picture for Twitter?’ one user wrote. ‘Is she really harming anyone?’ said another. While a third commented: ‘If she’s not touching the guy in front I don’t see the problem.’ 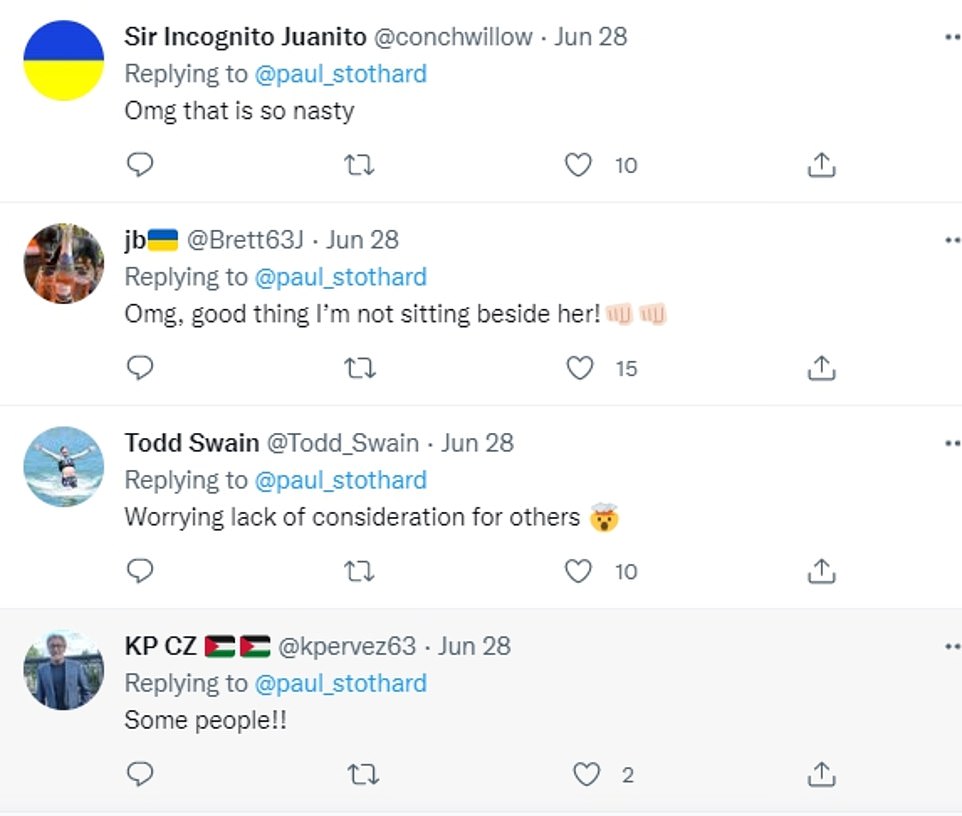 However, most users still agreed with the passenger, calling the woman’s actions ‘nasty’ and ‘appalling’. ‘Worrying lack of consideration for others’, one user wrote. ‘Omg that is so nasty,’ wrote another. Many were also shocked the man in front didn’t complain, to which the passenger replied that he remained asleep the entire flight. 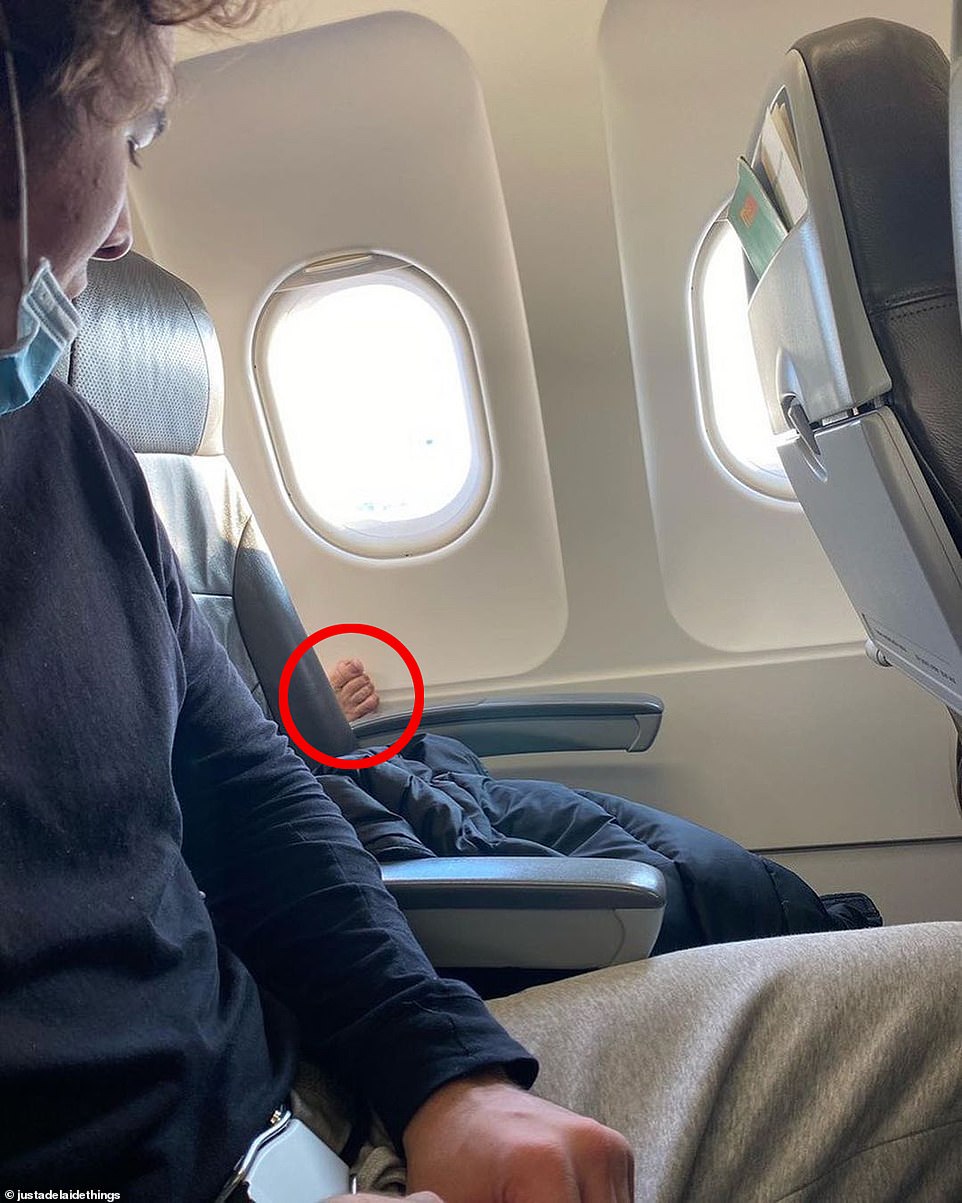 Last month disturbing vision emerged of the moment a person pushed their bare foot into the personal space of another passenger on another interstate flight/ In the Instagram video, the barefoot passenger could be seen sticking their foot through the gap between the side of the plane and the seats in front of them during a different flight from Melbourne to Adelaide in May. 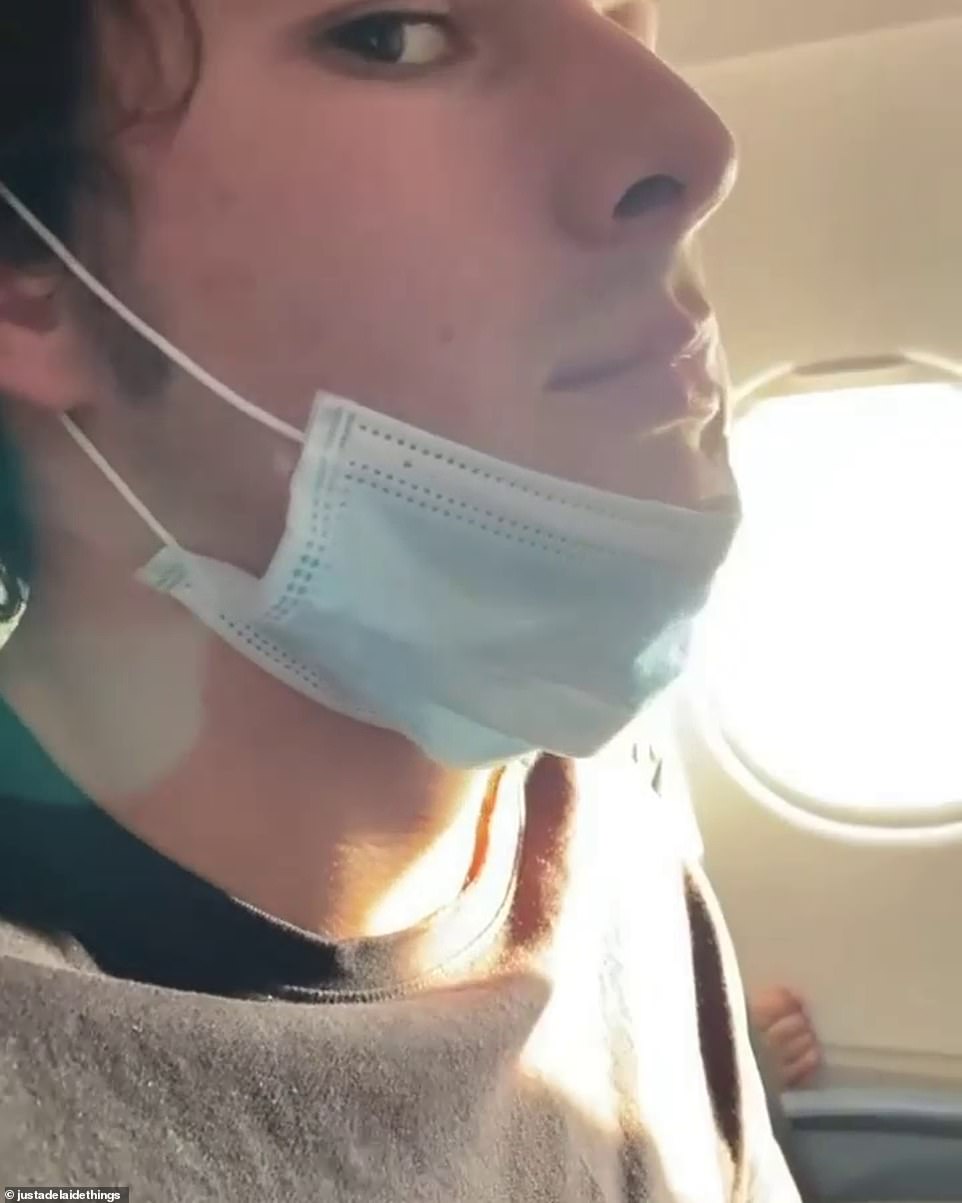 The video was met with a variety of comments about the rude gesture by the passenger. Australia comedian Merrick Watts joked the move was ‘a hate crime.’ ‘Your worst nightmare,’ another added.