A woman who lived in Hawaii for a year and a half has revealed how her incredibly rare mold allergy forced her to move away from the island.

Alyse Brautigam, 24, announced on YouTube she uprooted her life in Hawaii after she realized her illness – which left her bedridden for multiple days – was caused by a severe mold allergy.

In her latest video from her YouTube channel Raw Alignment, the vlogger packed up her stuff and moved off the island to stop her debilitating symptoms including brain fog and weight loss.

Life change: Alyse Brautigam, 24, announced on YouTube she uprooted her life in Hawaii after she realized her illness was caused by a severe mold allergy 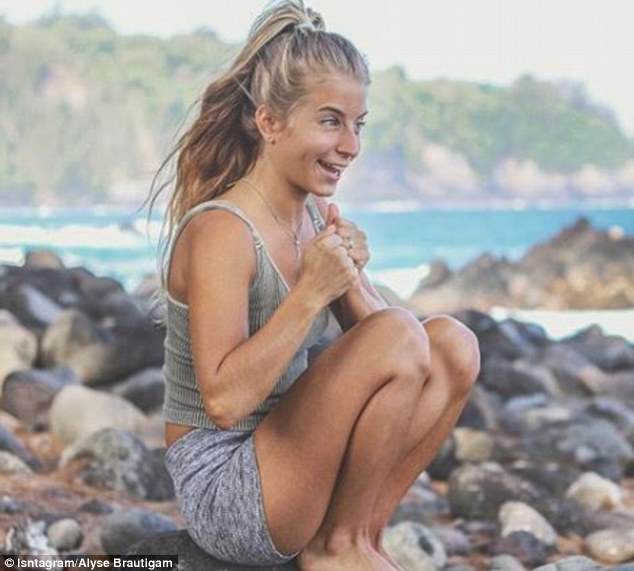 Sick: The vlogger – who is known for her positive videos about wellness and health – said she was left bedridden for days because of the allergy Strong: The illness took a toll on Alyse and her mental well-being. She said she lost a sense of her identity because of the brain fog and weight loss symptoms

‘I couldn’t be there anymore,’ Alyse said during her 14-minute long video. ‘Every time I spent a day out of my home, my allergies would get better and my symptoms would improve a little bit.’

‘This has been hell to go through.’

Alyse moved to Hawaii to live out her dream of promoting her healthy lifestyle through her blog and YouTube channel. But she did not anticipate the island’s humid climate to have such a profound impact on her health.

According to her video, an estimated 10 percent of people in the United States with allergies experience symptoms when in contact with mold. But only half of those people will experience a severe illness from the exposure.

The humid climate invited mold into multiple homes that Alyse lived in with her boyfriend, Addison. But he never experienced any symptoms.

The emotional vlogger said her allergies slowly got worse and worse over the year and a half living in Hawaii.

‘There were so many days that I literally just could not do anything because of the state of my health,’ she said.

‘I no longer have extreme mental clarity even when eating incredibly healthy. I have such incredible brain fog. I have lost my memory.’ Sick: Alyse promotes her vegan lifestyle through her blog, Raw Alignment. She explained in a video all of her symptoms from the mold allergy 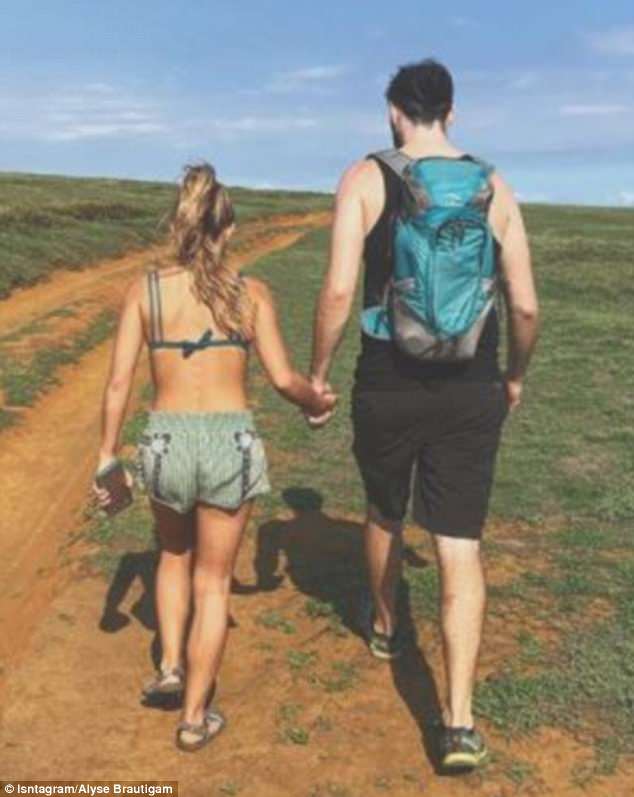 United: Alyse said she and her boyfriend, Addison, (pictured) decided to move away from Hawaii because of its humid climate 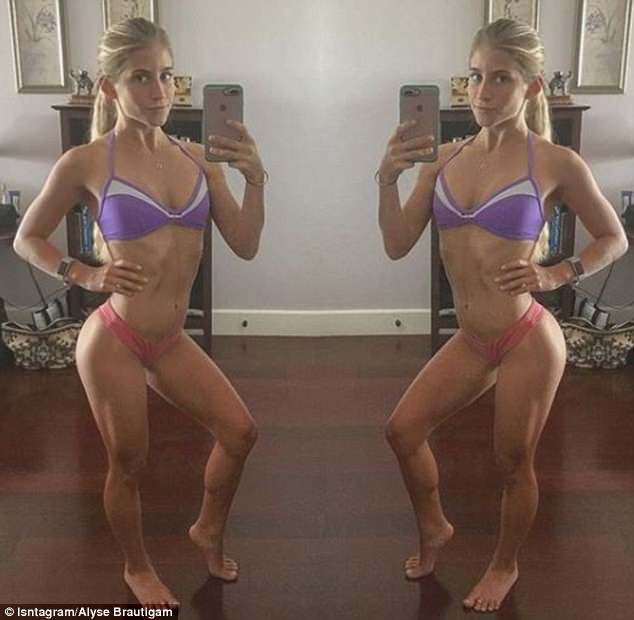 Toned: The past year and a half has been tough on the vlogger who likes to promote a healthy lifestyle

Alyse lives an all-natural and vegan lifestyle to promote wellness, so her inability to get a handle on her health really impacted her mental resolve.

‘Just like day-to-day life has not been easy,’ she said. ‘It’s like I have been a zombie and I’m just kinda going through the motions. I had to get out of there.’

During the video, she mentioned that some of her friends have asked why it took her so long to realize the mold was causing her symptoms.

She admitted that the brain fog left her groggy and unable to think clearly. But on her most recent trip to visit family in Ohio, she realized the issue because of how better she felt away from the tropical climate. 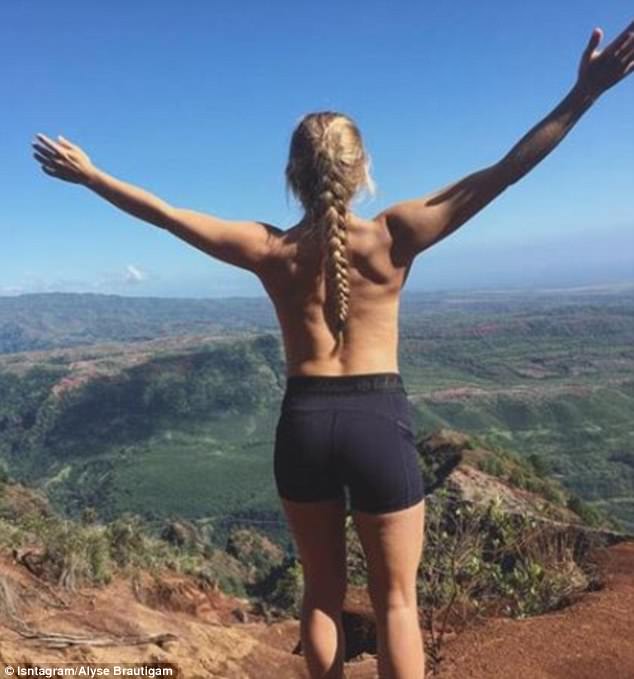 Baring it all: In the emotional video, she said she was ready to take her life back and move on from this severe allergy 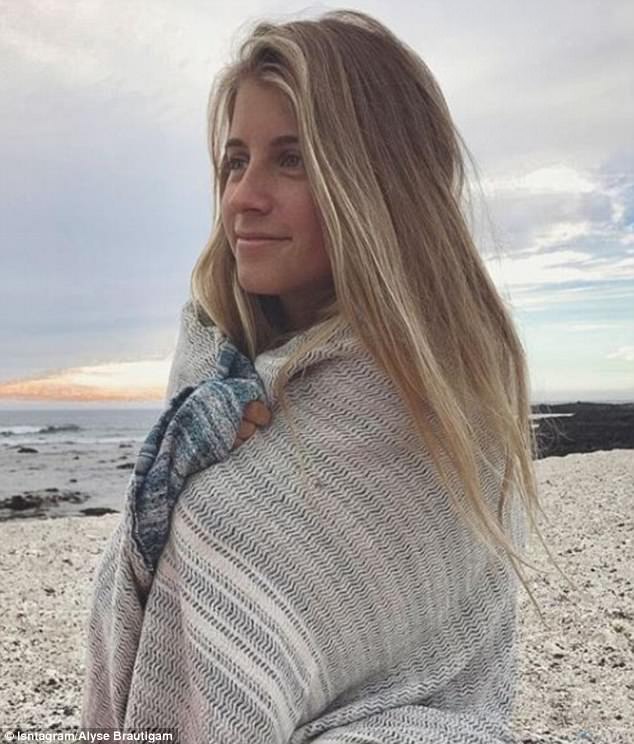 On to the next: It is unclear where the young couple will move next, but Alyse said she is excited for her next adventure

Although her dream has always been to live in Hawaii, Alyse has realized that the humid climate is not an option for her to be as healthy as she wants to be.

‘Mold is everywhere in Hawaii,’ she said.

‘My body, my health is at a point right now where I don’t feel confident that if I was to go into another home that had mold, that I would be able to feel any better at all.’

The vlogger is currently based in Los Angeles, California, while her boyfriend handles selling everything they own in Hawaii.

The couple will then move to an undisclosed part of the US to continue their health-focused lifestyle.

WHAT IS A MOLD ALLERGY AND HOW CAN IT IMPACT YOUR HEALTH?

Molds are fungi that can be found both indoors and outdoors. These growths typically form in damp or humid environments and spread with their pores.

The spores in mold function similarly to that of pollen in flowers. When it is inhaled by someone, it can cause a reaction in the nose that then transfers to other areas of the body.

An estimated 25 percent of people in the world who have allergies suffer from reactions to mold, according to American College of Occupational and Environmental Medicine (ACOEM).

The organization estimates that about 10 percent of Americans suffer from the allergy, but only half of them have severe reactions.

If the allergic reaction is severe, symptoms can escalate to include shortness of breath, brain fog, headaches, asthma attacks and nausea.

Doctors recommend for people to limit their exposure to mold if they are experiencing severe symptoms.

If someone lives in an area where mold is expected, such as Hawaii, a doctor can prescribe allergy medication to limit the symptoms.