Around 5,000 women on tiny state pensions of £1 a week could be due backpayments worth tens of thousands of pounds, former Pensions Minister Steve Webb has revealed.

This small group of women might be ‘sitting on unclaimed winning lottery tickets’, according to Webb who has recently helped three of them get massive payouts from the Government.

Carole Davies, who was on ‘pennies a week’ when she retired, discovered she was entitled to £56,000 – read her story below.

An estimated 200,000 women have been underpaid state pension in a £3billion scandal uncovered by Webb and This is Money a year ago.

The debacle results from a failure to increase some women’s payments when their husbands reached state pension age or died, or when they themselves reached the age of 80, going back many decades.

The Department for Work and Pension has launched a huge trawl of its records and recently began proactively contacting the women affected, but Webb warns many like Mrs Davies are likely to be omitted from the DWP’s data search.

Labour’s Shadow Pensions Minister, Matt Rodda, says the Government must contact all women who have lost pension income they are entitled to and rectify the situation as soon as possible. Read his and Webb’s full comments below.

>>>Are YOU being underpaid state pension? Find out here

Why are some women on £1 a week owed huge sums?

Around 5,159 women in the UK receive ‘graduated retirement benefit’, earned between 1961 and 1975, and translating to an average £1.24 a week in state pension today, explains Webb.

These women receive zero basic pension, because of a rule which required a 25 per cent contribution record before any was due.

As they never received basic state pension, they also didn’t claim on their husband’s record when he reached state pension age, which could have triggered a rise to 60 per cent of his basic rate.

But as with other married women affected by the scandal, only some will be proactively contacted and given full payouts by the DWP, where more than 150 staff are now working to assess and manually correct women’s state pension records.

And due to a quirk in the rules, those women on very small graduated-only pensions who are not covered by the official ‘correction exercise’ stand to lose a lot more money than others if they never find out they are owed a backpayment.

Why are only some underpaid women being contacted?

Since 17 March 2008, the increases are supposed to be automatic, and these women should eventually be contacted and given full arrears by the DWP under the plans it recently announced.

However, before that cut-off retirement date for husbands, women had to apply to get the full sum they were due. The key date of birth for husbands is 17 March 1943.

These women, if they discover they have been underpaid, still have to come forward and apply now.

They also only receive a one-year backpayment and an increased state pension going forward.

But the women on tiny graduated-only payments are technically regarded as having ‘deferred’ their basic state pension, so they will get full arrears even if their husbands retired earlier than March 2008.

This is how these women could lose out much more than others if left in the dark about being underpaid.

Carole Davies, 76, was not entitled to any basic state pension when she retired in 2004, only a small amount of graduated retirement benefit.

‘I was told my state pension was so low, pennies a week, that it would be paid once a year,’ she says. 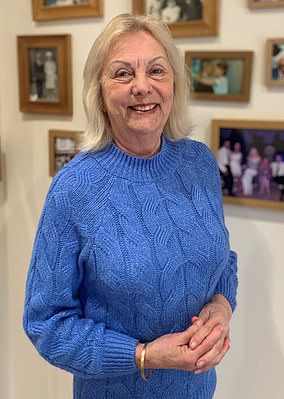 Carole Davies: Her pension was so low it was paid once a year

‘Despite my husband questioning this after he retired in 2005, we were told I wasn’t due anything more.’

When the scandal broke last year, and it emerged many women had missed out on increases when their husbands retired, she raised the issue with the DWP again.

She was initially told she would receive a one-year backpayment.

But after Webb looked into her case more deeply, he found that as Mrs Davies was receiving graduated benefit only, she had therefore ‘deferred’ her state pension since the date her husband retired.

She is therefore now entitled to the standard ‘married woman’s rate’, and can choose to either have a lump sum of around £56,000 for the years of deferral, or an extra £114 per week bringing her total state pension up to nearly £200 per week.

‘After four months of looking for answers from the DWP we enlisted the help of Sir Steve Webb and, to my amazement, the DWP have now confirmed all my due monies will come to me,’ says Mrs Davies.

‘I would advise all women in my position to seek advice and push hard for everything they are due as it is their right!’

What does this mean for women on £1 a week ‘graduated-only’ pensions?

Women in this group are allowed to claim full pension back to before the 2008 rule change rather than be limited to a one-year backpayment, says Webb.

‘Because they are not getting a basic pension in their own right they are treated as having not yet claimed their pension and therefore if they do claim now this can be treated as a “deferred” claim all the way back to when their husband turned 65, even if this was before 2008.’

‘If just the 5,159 women in Britain each received £45,604, the total bill would be £235million. In reality some will be entitled to more than this and some less.

‘But in addition, some of the women living abroad, especially those living in ‘non-frozen’ countries such as the EU would be entitled to similar amounts. The total bill if all these women claimed could easily be a quarter of a billion pounds.’

Webb, now a partner at pension consultant LCP, adds: ‘It is incredible that there are thousands of women getting such tiny pensions, but even more incredible that many could potentially be entitled to tens of thousands in backpayments. 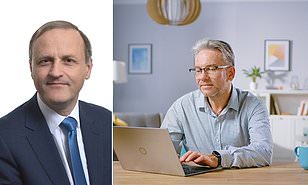 ‘It is as if they are sitting on unclaimed winning lottery tickets.

‘It is very important that women on these very small pensions make contact with the DWP as soon as possible to see if they could be entitled to a windfall.’

Labour’s Shadow Pensions Minister Matt Rodda says: ‘It is unacceptable that yet another group of retired women are being deprived tens of thousands of pounds in their retirement.

‘The Government must contact all of those who have lost pension income they are entitled to, not just the post-2008 cohort, and rectify the situation as soon as possible.

‘This is yet another example of the Conservatives letting down thousands of pensioners, many of whom will have been unable to live their retirement at the standard they deserve because of Government incompetence.’

What about other ‘pre-2008’ women who only get a one-year backpayment?

Many elderly women who only received a one-year backpayment are battling with the Government for full arrears. If you want to join them, the complaints process is explained here.

The Government was meant to write to the couples affected before March 2008 and ask them to apply for an increase.

But all the women This is Money have spoken to who missed out are adamant neither they nor their husbands received such a letter, and insist they would have acted on it if they had done so.

Besides being on ‘graduated-only’ state pension, there are three other ‘loopholes’ that we know of where women with pre-March 2008 cases might receive a bigger payout. Find out more here.

A DWP spokesperson says: ‘The action we are taking now will correct the historical underpayments that have been made by successive governments and anyone impacted will be contacted by us to ensure they receive all that they are owed.’

Those whose husbands became entitled to their state pension on or after this date will be identified in the process, and this will include those who are receiving graduated retirement benefit only.

It is understood that in processing cases, the DWP is prioritising errors that are the longest standing and recipients who are older to reduce the time these women have to wait.

Meanwhile, those who contact the DWP themselves to query their state pensions will continue to have them reviewed.

The DWP has confirmed that deceased women who were underpaid will have arrears paid to their estate, so it will go to their beneficiaries.