Women ‘should only have two children’ to keep good looks

It is an unorthodox beauty tip, but women who want to keep their looks in later life should consider having a small family.

A study suggests stopping at just one or two children will keep you looking young and attractive.

While those who have a large family will have more people to visit them in middle age, they may also have a saggier face and darker skin tone.

The reason, according to research involving Bath University, is the toll which pregnancy, breastfeeding and childcare takes on the body. Each child increases oxidative stress, a kind of chemical imbalance which is prematurely ageing.

The study, in which more than 500 people judged photographs of middle-aged women, found those with smaller families were found most beautiful.

The authors, led by Jagiellonian University in Poland and writing in the American Journal of Physical Anthropology, said: ‘We have shown that post-menopausal women who had fewer children were judged as more attractive, younger and healthier than women with more children, by both men and women.’

Many women battle to keep looking good through sleepless nights and the stress of bringing up a family. It is often jokingly said by parents that having children can take years off your life.

And last year a study by anthropologists at Yale University found the first evidence that childbearing may speed up the ageing process in women.

Blood tests taken from 100 post-menopausal women found those who had been pregnant at least four times showed greater signs of DNA damage. 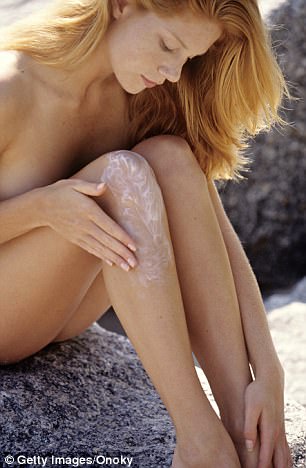 The reason, according to research involving Bath University, is the toll which pregnancy, breastfeeding and childcare takes on the body

To test if this damage makes women actually look older, the latest study showed pictures of older mothers to 571 strangers.

The study participants chose those with fewer children as looking healthiest, youngest and most attractive.

Those women with large families who look a little more haggard can blame the stress of carrying, feeding and looking after their children, the study suggests.

The authors, including Dr Anthony Little from the University of Bath, state in their study: ‘Pregnancy, lactation and childcare require high expenditure of energy and increased nutrient intake, therefore women with high parental investment, resulting from multiple pregnancies often have higher risk of diseases and a reduced lifespan.’

In addition, they add, the damage to their DNA, known as oxidative stress, ‘leads to accelerated ageing of the face, especially affecting skin’s sagging and pigmentation’.

Studies show that darker skin is ageing because it comes from years of exposure to the sun. If DNA damage causes the skin to grow darker still, this makes women look even older.

The research is one of only a few studies to suggest that having more children makes women less attractive, both to potential partners and other women too.