Wonky two-bed cottage that sank due to landslide hits the market for £100,000

The leaning cottage of Shropshire: Wonky two-bed home hits the market for £100,000

Britain’s wonkiest cottage which sits at a frightening angle after being sunk by landslides is on the market for £100,000.

But after years of landslides, the rear of the two-bedroom property appears to have sank causing the cottage to lean dramatically backwards.

Lloyds Cottage in Shropshire is on the market for £100,000. It boasts stunning views of Ironbridge Gorge near Telford, Shropshire 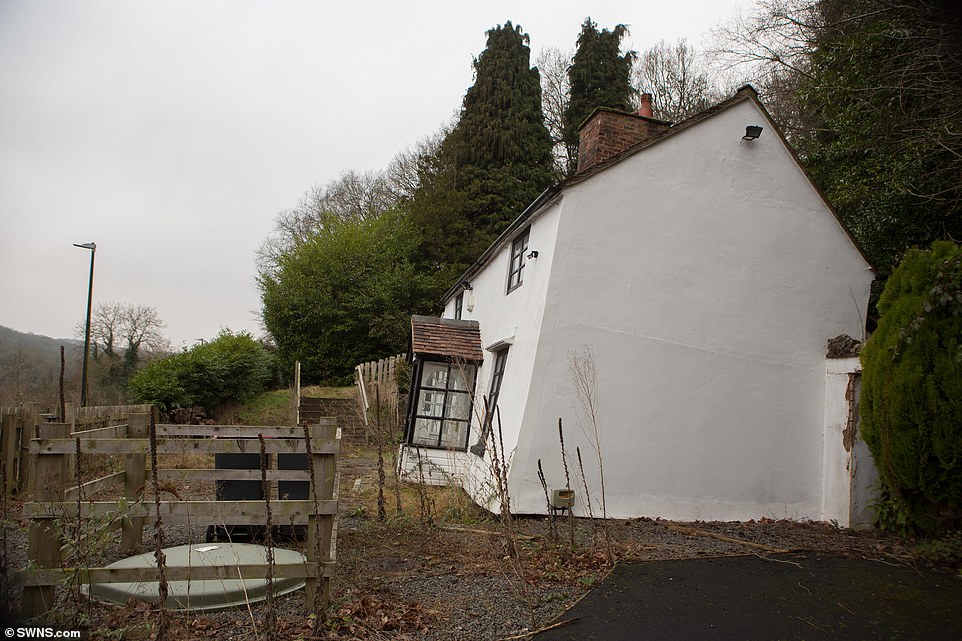 The Grade-II Listed property was built on an area heavily affected by a landslide, according to the British Geographical Survey

The Grade-II Listed property has been empty ever since it was bought by Telford and Wrekin Council in 2006.

It was built on an area heavily affected by a landslide, according to the British Geographical Survey.

And the site is still moving as it rests on rotational and translational slides, including a hill at the back of the house known as The Lloyd’s Coppice. 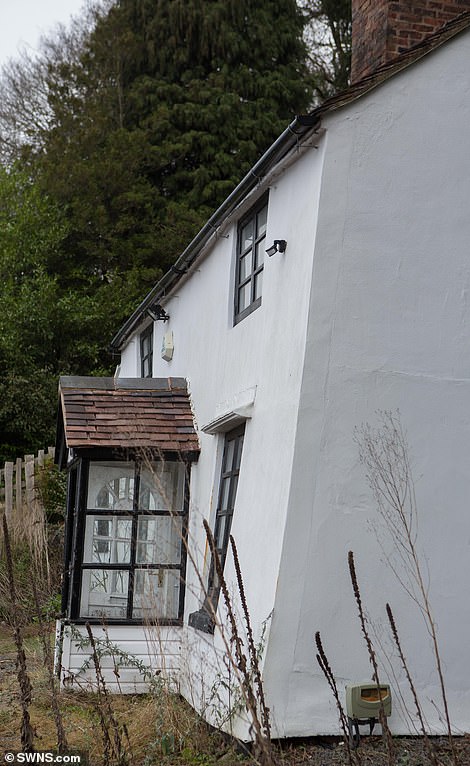 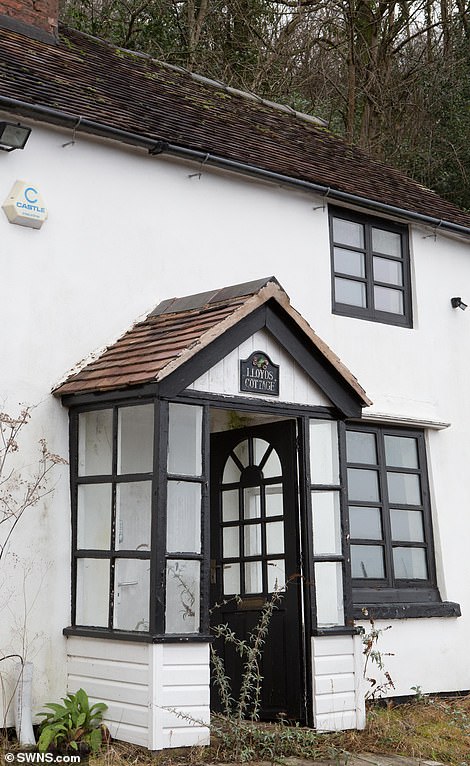 Lloyds Cottage appears to have sunk, causing it to lean dramatically backwards. The movement caused by crags of sandstone has been a factor in the property’s famous slant

Movement from crags of sandstone falling from the Coppice has given the house it’s famous slant.

Other faults, such as a build-up of groundwater and surface water, along with many construction and mining problems in the village, are linked to the instability of the slope.

In 1952, a significant landslide occurred at the village which saw 27 houses engulfed in thousands of tonnes of mud and soil. 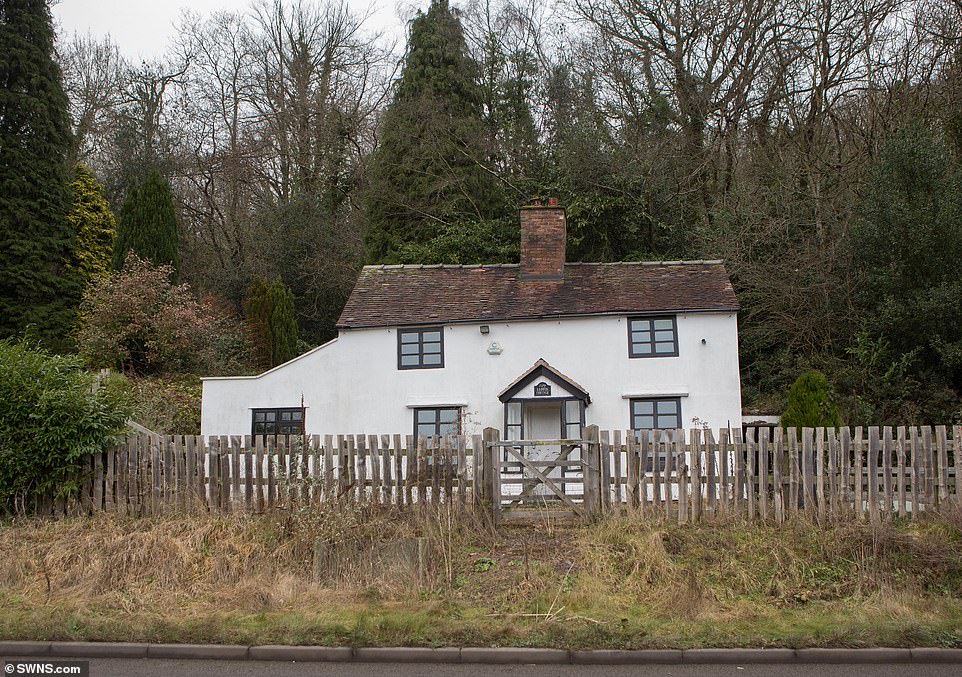 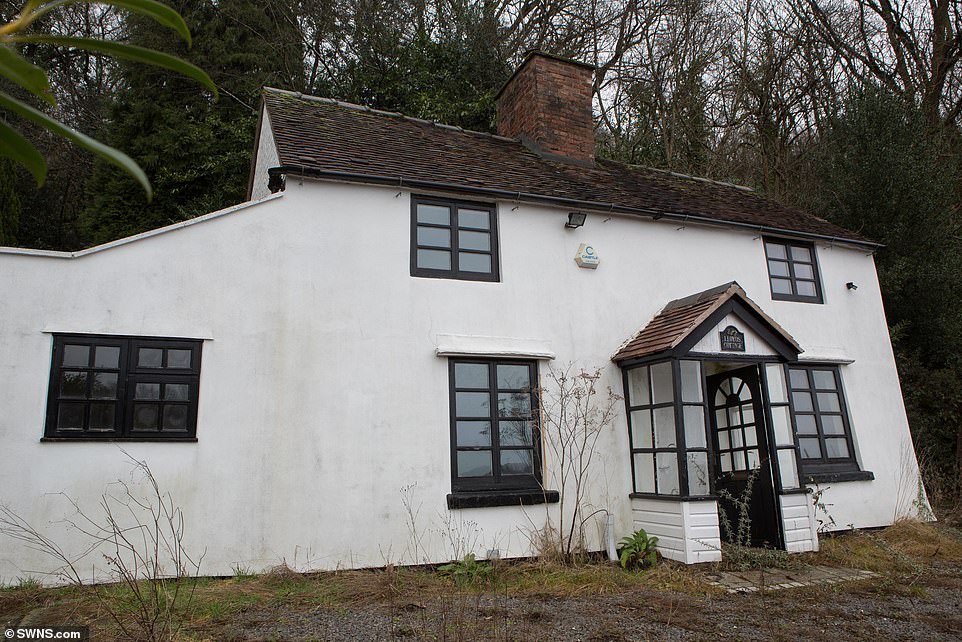 In 1952, a significant landslide destroyed 27 houss and is thought to have played a part in the property’s lopsided shape

Remains of eight properties were rediscovered more than 60 years after the landslide during excavation works on the banks of the River Severn.

They started sliding towards the Severn and the village of Jackfield was used as a river port for nearby Broseley and Benthall.

Further landslides also happened in 1984, where a road was carried into the river and had to be replaced by a temporary wooden roadway.

Despite its wonky appearance, the house is expected to generate interest from developers. 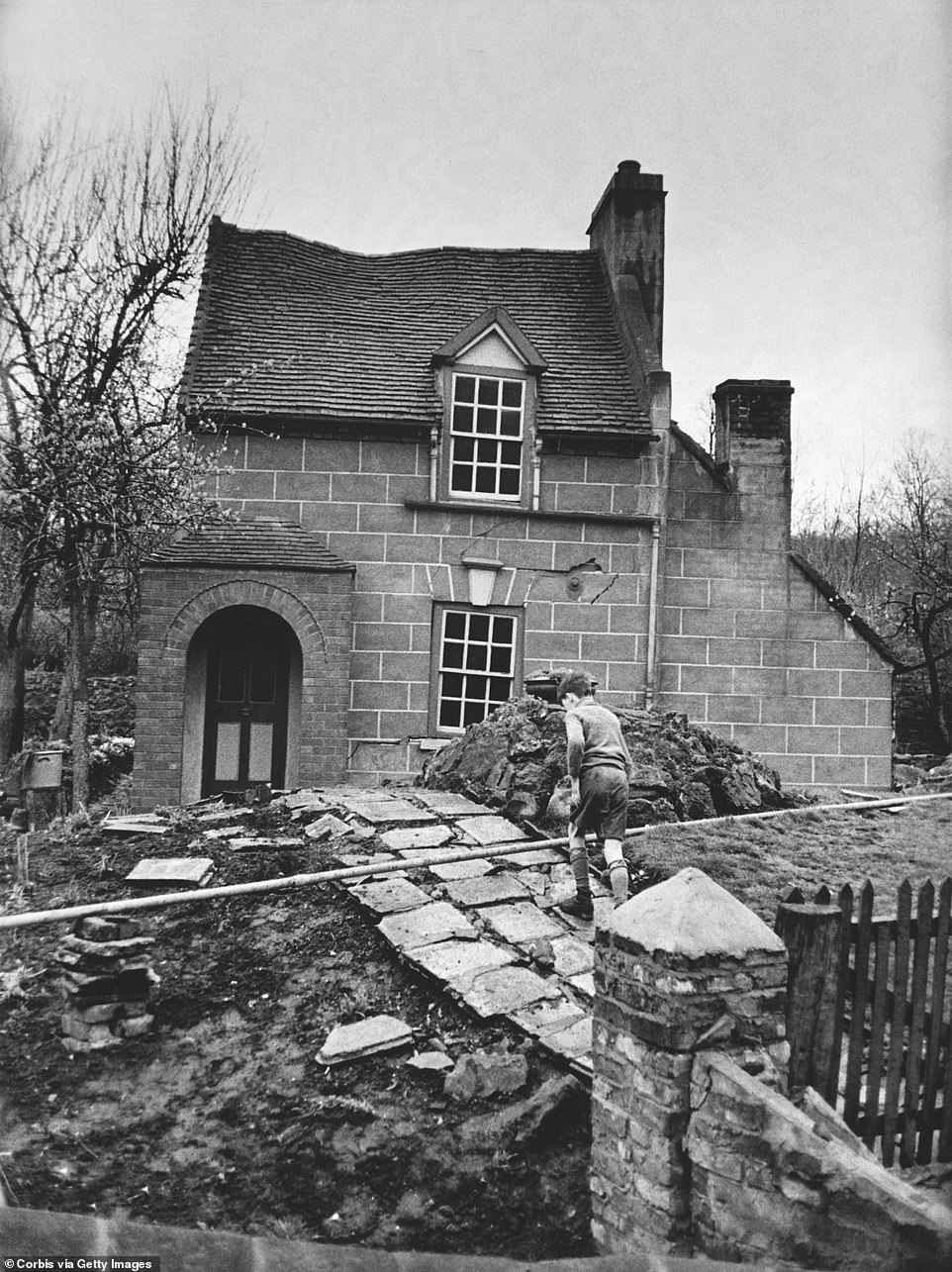 A cottage in the neighbouring village of Jackfield, Shropshire, is partially upturned by the landslide in 1952. Further landslides also happened in 1984, where a road was carried into the river and had to be replaced by a temporary wooden roadway