Both Aldi and Woolworths homebrand milks will increase in price starting today.

The prices will rise by almost 10 cents a litre, but it is yet to be confirmed if the extra profits will be passed on to struggling dairy farmers.

The increase will be introduced Australia-wide, meaning consumers will now be paying $1.29 for a one-litre bottle.

The milk’s prices will rise by almost 10 cents a litre at Woolworths and Aldi today. Pictured: Aldi homebrand milk

The supermarket giants both said the increases were due to hikes in farmgate milk prices – the amount farmers receive from processors.

It comes after Woolworths ended more than eight years of $1 milk by adding an extra 10 cents to each bottle, which was promised would go straight into dairy farmers’ pockets.

Five months later and both Woolworths and Aldi continue to filter the additional money to farmers.

But they are yet to confirm if today’s price hike will go to farmers. 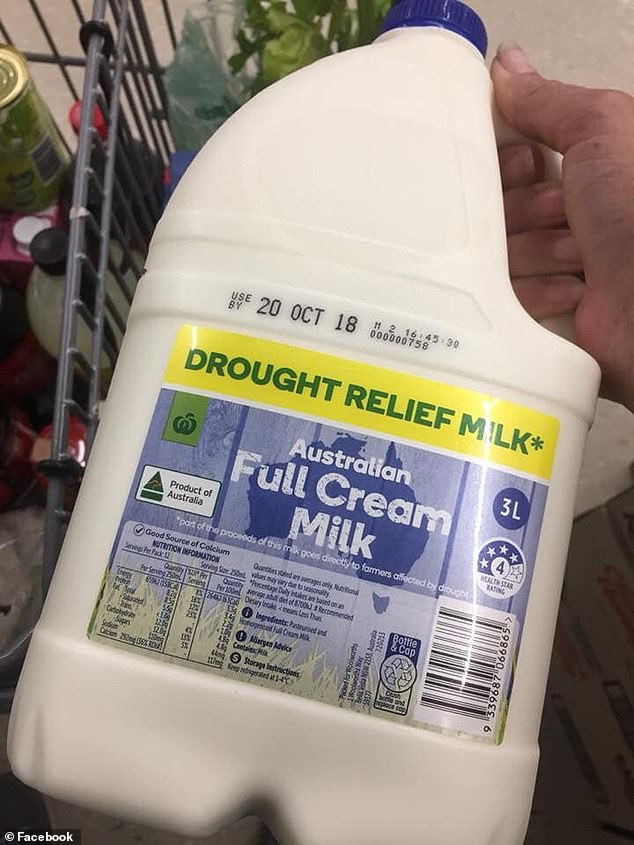 WA Farmers dairy section president Michael Partridge said he would like to believe the extra money will go to dairy farmers, but he still sees it as a positive that retailers are finally starting to realise that milk prices were too low.

HOW MUCH WILL YOUR MILK COST AT WOOLWORTHS AND ALDI?

‘Consumers are still paying less for milk than they did in 2011,’ he told The West Australian.

‘But it is important all parts of the supply chain — that is the farmer, processor and retailer — can make reasonable margins.

‘Increases in home-brand milk could hopefully lead to price increases in branded milk, which would help create a more sustainable industry longer term.’

Coles didn’t comment on whether they were going to match the prices, but said they will continue to work towards making Australia’s dairy industry more sustainable. 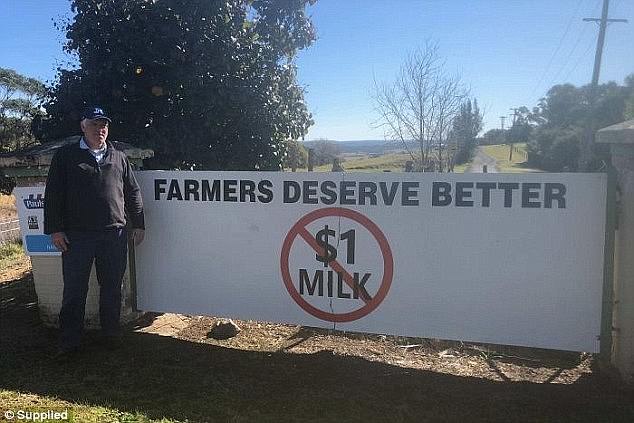 It comes after WA Farmers dairy section president Michael Partridge said that although he would like to believe the extra money will go towards struggling dairy farmers, he still sees it as a positive that retailers are finally starting to realise that milk prices were still too low

Dairy farmers produce around 9,102 million litres of whole milk per year with the farmgate value of milk production being around $4 billion.

An Aldi spokeswoman said they had recently increased the retail price of their entire fresh milk range.

‘These price rises are the direct result of the recent increase in the farm gate milk prices agreed between our milk suppliers and the dairy farmers.’

She said they will ensure that the proceeds were passed onto dairy farmers in full.

‘We do not take price increases lightly, however these movements are necessary for building a long term sustainable Australian dairy industry.’

A spokesman for Woolworths said  they had seen farmgate prices increase significantly since the start of the year and as a result they had been paying our suppliers even more for milk and other dairy products across the category over recent months.

‘Due to these ongoing whole-of-market cost pressures, we have reviewed and adjusted the price of Woolworths Milk.’