A distressed shopper has panicked after discovering a spiky and potentially toxic leaf inside their Woolworths mixed salad bag.

The customer took to the internet for help identifying the suspicious leaf after making a salad with baby spinach on Saturday.

‘Can anyone identify this barbed leaf I bought from Woolworths’ baby spinach packet,’ they wrote in a post on Reddit.

‘Found this when I had almost finished the whole salad, hoping I am still alive tomorrow.’ 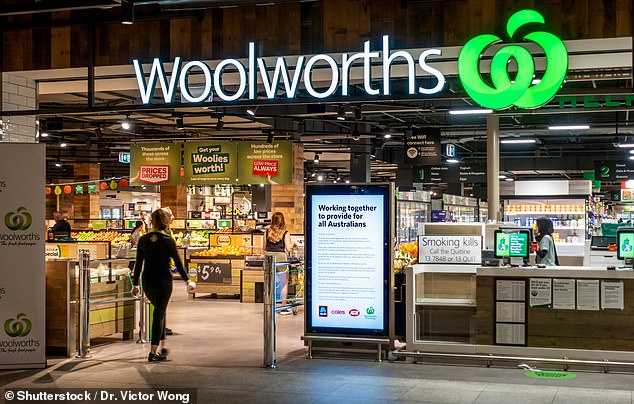 A Woolworths spokesman told NCA NewsWire the suspicious looking spinach leaf had been noted by its investigation team (pictured, a Woolworths store in Roselands, Sydney)

The majority of users said the leaf was part of the Solanum family, also known as nightshade, of which some varieties can be extremely poisonous to humans.

The plant is commonly found on the trunks of trees or bushes and sprout small purple flowers and bright red berries during warmer months.

‘I suspect it’s Solanum Prinophyllum, or one of the various Solanum varieties,’ one user theorised.

‘Solanum Prinophyllum is native Australian, and found on the east coast. Pretty common and grows in disturbed soils.

‘The leaf shape can look a bit like rocket, so easy to miss if it’s growing in amongst rocket. Likely a plant grew in whenever the rocket was farmed and a bit was harvested accidentally.’ 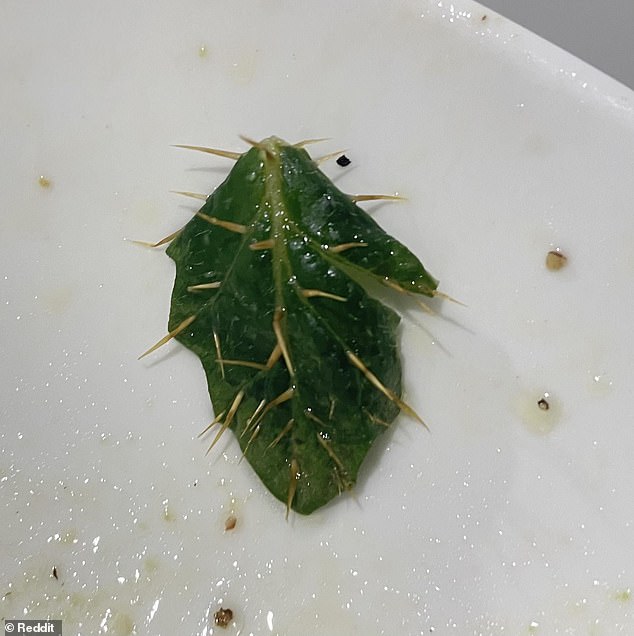 The majority of users said the suspicious leaf (pictured) was part of the Solanum family, also known as nightshade, of which some varieties can be extremely poisonous to humans

The user said some varieties could be ‘quite poisonous’ to humans.

Another said the shopper had dodged a bullet as the plant could be ‘highly toxic’.

‘I believe this is from the nightshade family, the fruit is poisonous and I’m sure the leaves aren’t any better if ingested, you’ll be right unless you consumed a bit of it,’ another wrote.

‘Husband is a horticulturalist. He says it’s a kind of nightshade and you should 100% report it as it’s poisonous and some forms are deadly,’ a fourth said.

If nightshade leaves are ingested, consumers can experience nausea, vomiting, and diarrhoea. Gardeners are urged to wear gloves while handling the plant.

A Woolworths spokesman told NCA NewsWire the suspicious looking spinach leaf had been noted by its investigation team. 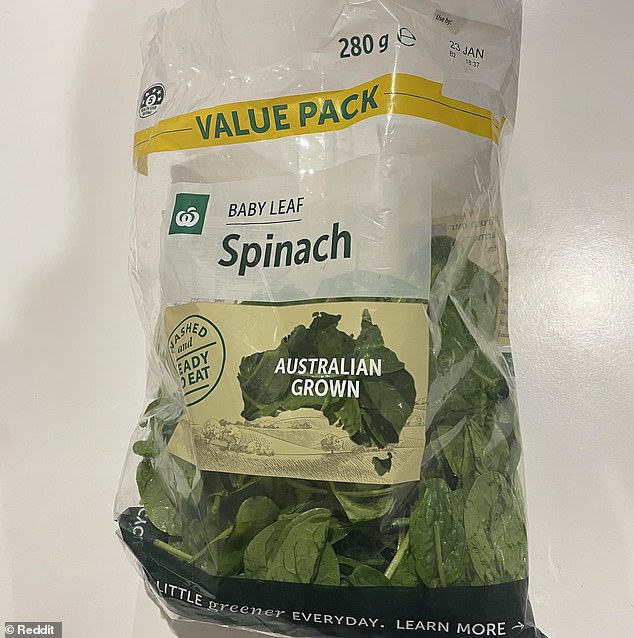 The discovery comes just weeks after a nationwide spinach recall after a child was hospitalised from eating a toxic batch of spinach (pictured, a Woolworths brand bag of spinach leaves)

‘We take food quality and safety very seriously and are disappointed to see this customer’s report,’ he said.

‘We’ve passed this onto our supply partners to look into further and haven’t received similar reports.

‘If our customers are ever concerned with the quality of our products, we encourage them to contact their local store for a replacement and refund.’

The discovery comes just weeks after a nationwide spinach recall after a child was hospitalised from eating a toxic batch of spinach.

Up to 100 people across Australia are believed to have fallen ill after eating the contaminated product, including a Queensland child in December.