Fit for Aussies but NOT for fish: Woolworths is slammed for selling Chinese prawns that can be eaten by humans… but can’t be used as bait

Customers have slammed Woolworths over Chinese prawns that are apparently fit for human consumption but not to be used as bait.

Customers questioned why the prawns were allowed to be eaten by humans but not by fish. 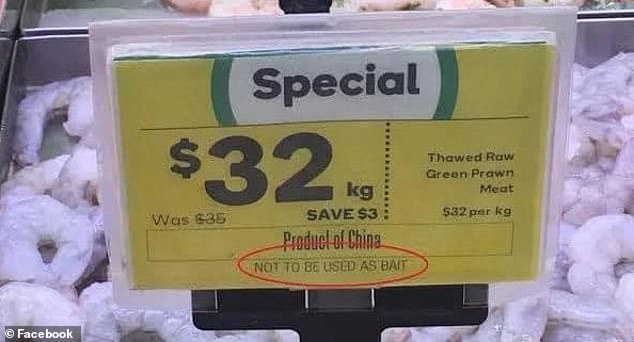 Others said the supermarket should be ‘ashamed’ for selling the prawns.

‘Australia is surrounded by the oceans and we have the best fish. I would really like to be able to find easy access to our own fresh first quality seafood, but it seems very hard,’ one angry customer wrote online.

‘Shame on you, Woolworths! Why are you not selling Australian caught prawns?’ another added.

‘Around three quarters of our prawn range behind our seafood counter is either wild caught or farmed locally in Australia and we’re always looking to source more,’ the spokesman said.

‘The importation of prawns are – quite rightly – subject to strict conditions and screening by the Department of Agriculture and we comply with these at all times.’

The Department of Agriculture, Water and the Environment advises recreational fishers they can’t use prawns or any other seafood from a supermarket or fishmonger as bait.

‘These are often marked for human consumption only – this can introduce disease to your favourite fishing spot,’ the government website stated. 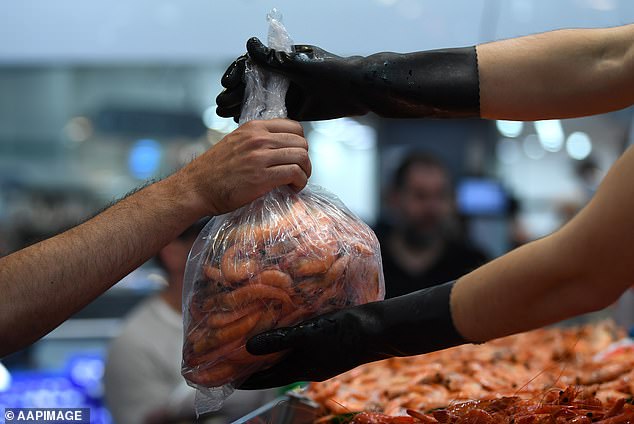 Other customers also hit out at Woolworths for selling imported seafood instead of selling more Australian sourced seafood, a Woolworths spokesman said three quarters of their prawns are Australian produced