Millions of Britons will enjoy a festival of World Cup football today as Wales and England both play crunch matches.

The Welsh could make history this morning if they beat Iran with England set to qualify for the knock out stages if they defeat the USA in the big match tonight.

Millions of Britons will watch the two matches today with many schoolchildren in Wales given a break from lessons to watch Gareth Bale and his teammates play at 10am.

An estimated 10,000 English and Welsh fans are in Doha for the matches and were drinking late into the night last night ahead of their games today.

Wales badly need a result before they play England next week. If they beat Iran at the Ahmed bin Ali Stadium then it will be their first World Cup victory in 64 years.

And Welsh fans will be able to wear their rainbow bucket hats, after FIFA stepped in after the Qatari authorities began seizing them at their last match amid tensions about their treatment of LGBT people.

England fans will be praying that Harry Kane is fit after an injury scare this week when he hurt his ankle during the Three Lions’ 6-2 win over the Iranians. 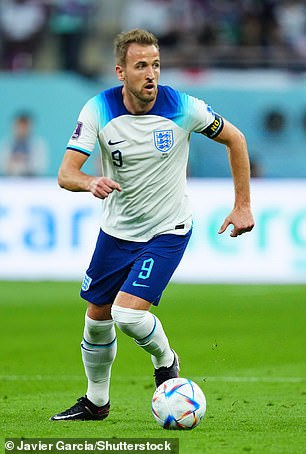 Bale will make his own history by becoming his country’s most capped men’s footballer against Iran.

Wales’ second game of the 2022 World Cup kicks off at 10am GMT on Friday when children are in class.

The PA news agency revealed earlier this month that children had been given the green light to support Robert Page’s side.

The Welsh Government has left it up to individual schools to decide whether to allow children to watch the game, and Bale wants as many of them as possible to do so.

Bale said: ‘Being a 10am kick-off in Wales, if I was one of the teachers, I’d let them watch the game.

‘I hope they do. It’s a historical moment in Wales, for us to be at a World Cup.

‘Some of the parents of kids I know all want to watch the game but don’t want to take them off school.

‘So I think a lot of schools will put the game on for them to cheer us on and get behind us.

‘It’s a mini history lesson, and hopefully it’ll be a great occasion for all of them.’ 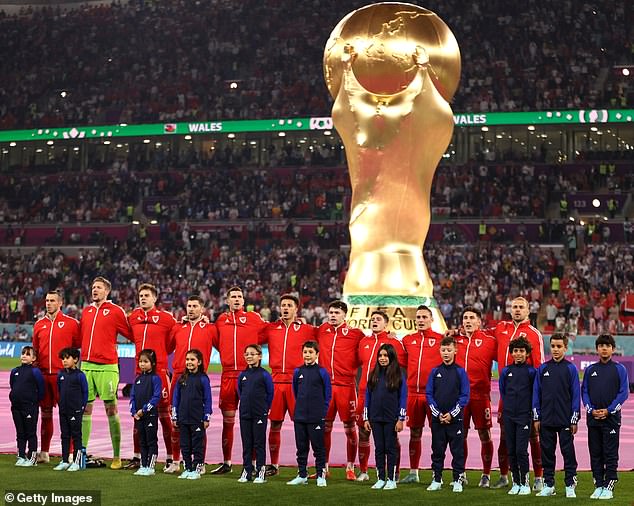 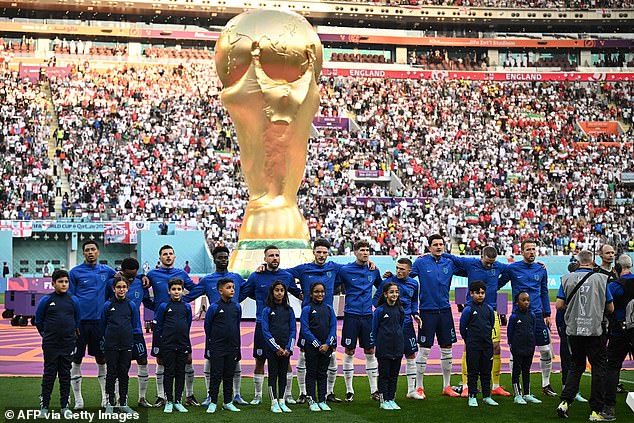 Bale will make his own history by becoming his country’s most capped men’s footballer against Iran.

It will see him overtake Chris Gunter, who will be among the substitutes for Friday’s encounter, and move him into top spot in his own right.

Bale said: ‘I haven’t really been focusing on the cap thing to be honest, just trying to focus on the game.

‘On a personal level it’s an amazing achievement, it’s an honour to represent my country so many times.

‘But it’s more important that we try and get the victory. Hopefully we can and it’ll make it even more special.’

Joe Allen rejoined the main group on Wednesday and has recovered from a hamstring problem.

The 72-times-capped Allen, who was injured playing for Swansea on September 17, had been training on his own in Qatar until that point.

‘Joe got through his fitness test, so that’s good news,’ said manager Page, who is set to hand Kieffer Moore a starting spot after the striker came off the bench to spark Wales’ revival in Monday’s 1-1 draw against the United States.

‘He’s fit and raring to go. We had to meet targets along the way and they’ve met every target.’

Bale added: ‘Joe is a massive player for us and doesn’t get credit he deserved. He’s a vital cog in the way we play.

‘To have him available is a massive boost for us with two games remaining, so hopefully he can come on or start and he’ll do what Joe Allen does best and cover every blade of grass.

‘I think he’s shown time and again how important he is and we hope he has a few miles left to go.’

Harry Kane and Harry Maguire are fit and raring to go for England’s crucial World Cup clash against the USA tonight after recovering from injury and illness.

The duo have handed a major boost to manager Gareth Southgate who yesterday insisted the pair will be available.

England captain Kane went for a scan after taking a blow to his ankle against Iran on Monday but was cleared to resume training on Wednesday.

Southgate said: ‘Harry’s good, he came through training with no problems — it would be a brave decision to leave him out of the starting team. He’s in a good space. Definitely.

‘We managed him a little bit last week through training because of the load he has had so we’re always conscious of that. Some players need a little bit more training, some might do half a session, it depends on what their individual load has been.

‘Some haven’t played as much football and need pushing a bit more at times so we’re always individually preparing that.’

Maguire is also ready to start in an unchanged side tonight after recovering from an illness that saw him substituted against Iran.

There was concern the defender was suffering from concussion but a thorough investigation from England medics and FIFA — who have analysed numerous camera angles — ensured he had not taken a blow to the head.

‘We think an element of that was dehydration,’ said Southgate. ‘Because of the awareness of concussion we’ve checked back through all of that really diligently and FIFA have as well, because it’s one of the key things from their medical department in this tournament. There’s no evidence of that but you still want to check that because he was feeling unwell and why was that?’

James Maddison again did not train with the rest of the squad.

Southgate also confirmed that the FA have been in contact with FIFA over their concerns about VAR in the 6-2 win over Iran.

Maguire was denied a penalty after being rugby tackled by Rouzbeh Cheshmi in the first half, but Iran were awarded one via VAR later on after John Stones was caught slightly pulling striker Morteza Pouraliganji’s shirt.

The England camp were angered by the decision not to award a penalty for the Maguire incident — particularly after an incident in the box involving Kalvin Phillips, from England’s 5-0 win over Albania last November, was used as an example of foul play in a video shown to officials before the World Cup. This had led to fears England would be unfairly targeted by referees in Qatar.

The FA have filed a report to FIFA and await their response.

Stones said: ‘We sat in a refereeing meeting before the tournament and told certain things and my frustration is when those don’t get backed up. That’s difficult because we try to adapt our game to the way they want to ref things. I understand they have a super-difficult job nowadays with all the cameras but there has to be a bit of clarity.’