Work has begun today to remove a huge fatberg longer than six double-decker buses from under a British town.

The 64-yard mound of hardened fat, oil and wet-wipes in Sidmouth, Devon, is thought to be one of the largest ever found in the UK.

The revolting task of removing the colossal blockage is now underway – but it could take up to eight weeks to clear.

Specially trained staff with gas masks will descend down the sewer to tackle the disgusting mess.

Then, using high-pressure jets, they will break up the congealed mass and other waste until it can be sucked up to the surface.

The fatberg was discovered in a sewer near a children’s play area last month.

On Monday, final preparations were made to pump out the water to clear the path for waste workers to go in and start tackling the berg today.

The sewer workers have to approach the berg in full breathing apparatus to protect them from the potentially poisonous gases.

Using special sewer jetting equipment and hard manual labour, they will hack away at the mass. 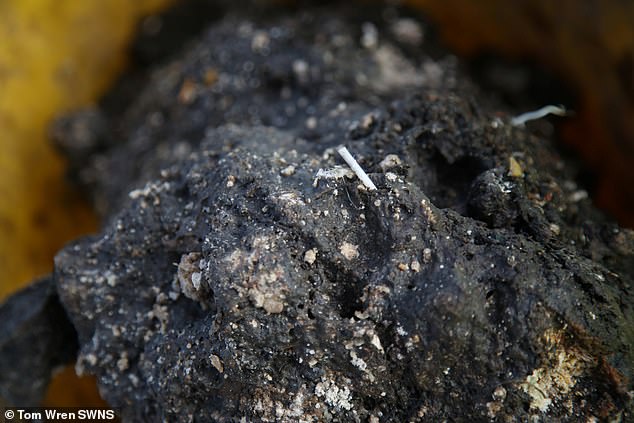 The 64-yard mound of hardened fat, oil and wet-wipes in Sidmouth is thought to be one of the largest ever found in the UK. Pictured: Part of the horrible mess 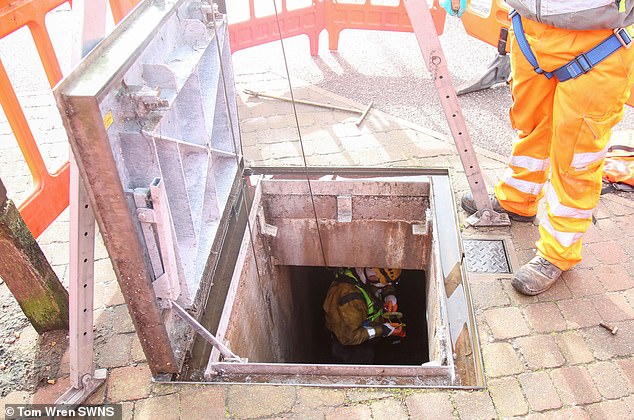 A spokesman for South West Water said the clearance would have to be carried out ‘in exceptionally challenging conditions.’

Charlie Ewart, 51, of Clear Flow Ltd, was the first man to go into the sewer and is managing the team tasked with removing the fatberg.

Mr Ewart, from Plymouth, Devon, said: ‘I went down there in December to measure it and all that.

‘We can’t get down there this morning because the water level is too high, it’s too dangerous.

‘Yesterday we went down, it’s moved since Christmas further on down towards the manhole cover probably because of rainwater.’

Describing the scene in the sewers, he said: ‘It’s quite dark and eerie in there. They’re big tunnels where the fatberg is, it completely fills the tunnel.

‘Some areas are watery, it’s over the knee and below the waste.

‘It will grow, hopefully Sidmouth has stopped putting the wrong things down the sewer, but it will grow.’ 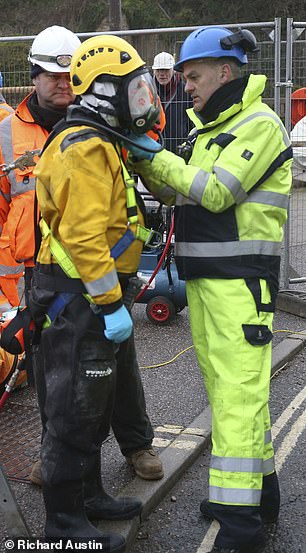 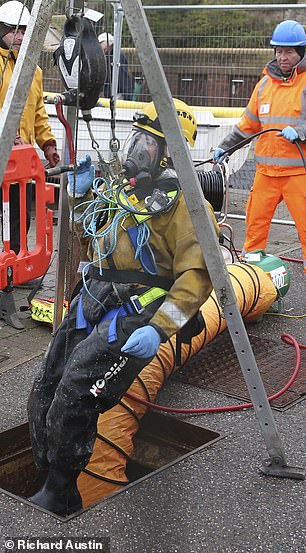 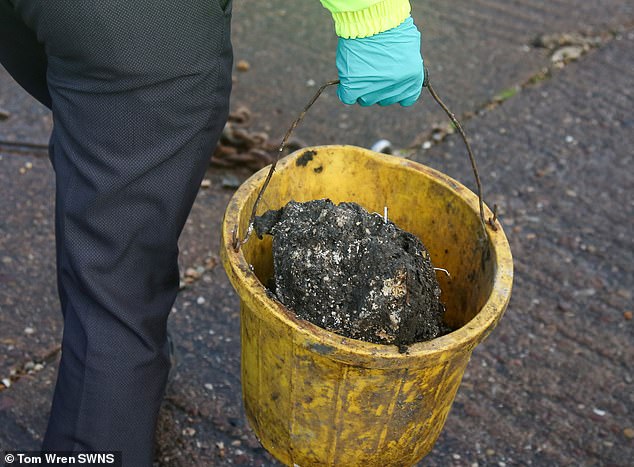 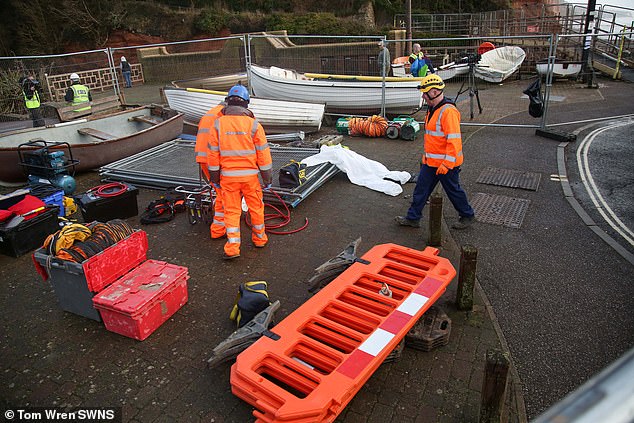 South West Water used the discovery of the fatberg to drive home the message that pouring oils and fats down the sink came with significant hazards.

A spokesperson said: ‘Fortunately, the fatberg has had no impact on Sidmouth’s excellent bathing water quality and has been discovered in good time.

‘But it doesn’t always end this way. Every time a wet wipe is flushed or oil poured down the drain, there is a risk these items could cause sewer blockages.

‘This is extremely unpleasant and could happen in your own home. We tackle dozens of new sewer blockages every day, which adds £4.5million to bills every year.’

A fatberg is a hardened lump formed by the combination of non-biodegradables being flushed down the toilet.

This can include wet wipes, grease or cooking fat, and fatbergs have become a menace in Britain, as the aged Victorian plumbing systems of old meet modern flushable wipes. 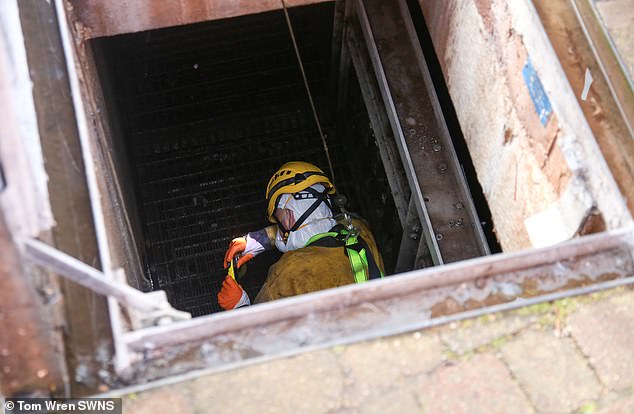 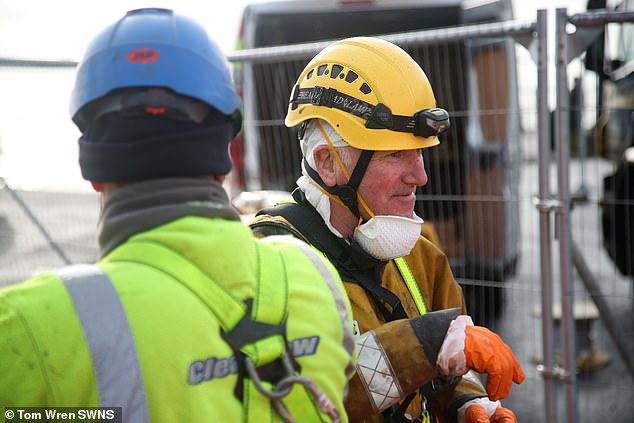 The worker is seen back out in the open wearing a hard hat, reflective clothing, gloves and a mask