Work on billionaire Mohamid Hadid’s mansion has come to a standstill, months after a judge ordered him to tear down his illegal third floor and pool deck.

Demolition work was ordered by LA Superior Court Judge Karlan in March on the third floor of the Hadid’s 30,000sq property, and was completed by the deadline set on May 15.

Exclusive images obtained by DailyMail.com in June showed that court-demolition work had begun on the illegal third floor.

The father of supermodels Gigi and Bella Hadid was also told to get rid of the building’s giant pool deck which had been built without a permit, by September 15.

Aerial images from the property in ritzy Bel Air, California taken on August 14 shows that work has largely come to a standstill. A single crane can be seen in operation on the sprawling pool deck.

Exclusive images obtained by DailyMail.com in June showed that court-demolition work had begun on the illegal third floor.

The mansion of Gigi and Bella Hadid’s father appears unchanged, months after he was ordered to tear parts of it down (construction site pictured August 14, 2019) 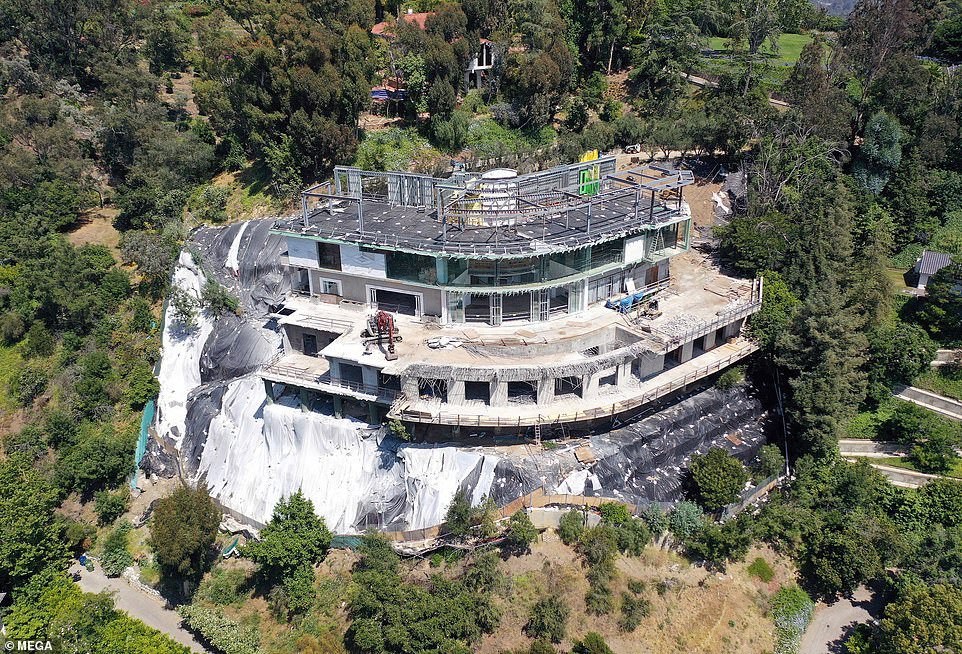 Aerial images from the property in ritzy Bel Air, California taken on August 14 show the building appears largely unchanged. A crane can be seen in operation on the sprawling pool deck (construction site pictured August 14, 2019) 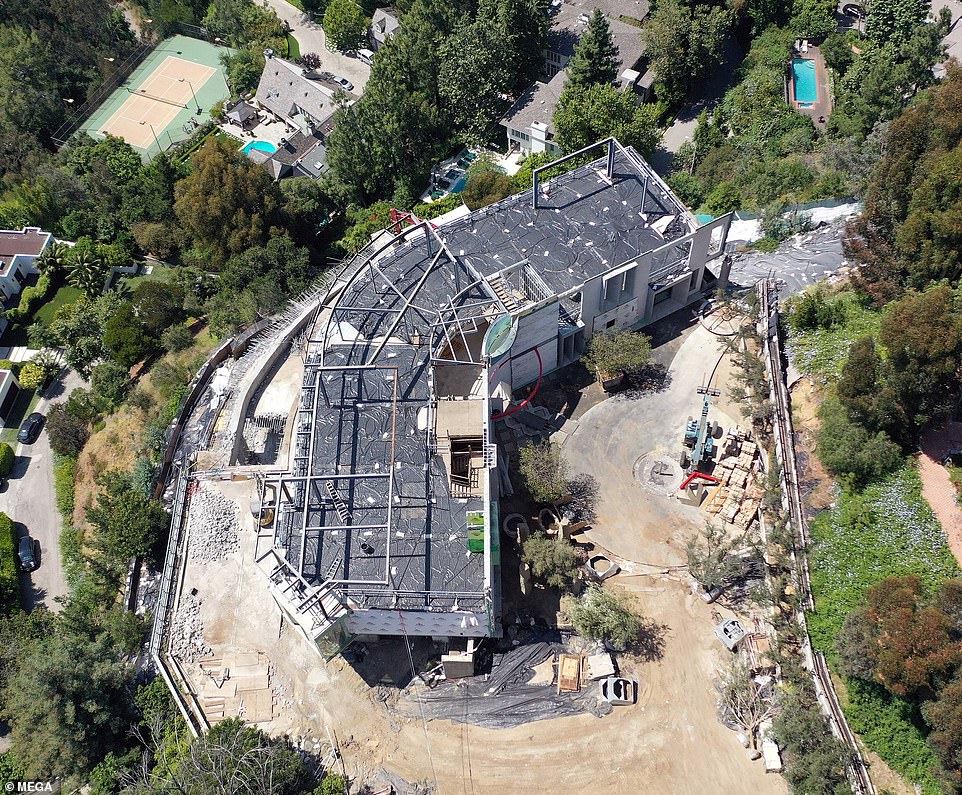 Demolition work was ordered by a judge in March on the third floor of the billionaire Mohamed Hadid’s 30,000sq property, dubbed the ‘Starship Enterprise’ by disgruntled neighbours

Of the judge’s demolition deadlines, Hadid had previously told DailyMail.com: ‘Weather permitting, I think we will be able to complete the work by the dates the judge ordered. We want to do the demolition work properly and safely. We are trying to minimize the impact of the demolition on the local community.’

Hadid had in an earlier interview vowed to ‘finish, not demolish’ the partially-built mega-mansion, saying he had applied to LA city planners for new permits that would allow him to downsize and complete the house so that it complies with building regulations.

‘Once we get those permits, I want to finish the house,’ he told DailyMail.com in January.

‘On or before February 1, I plan to demolish part of the third story of the house. Hadid is the father of supermodels Gigi and Bella Hadid 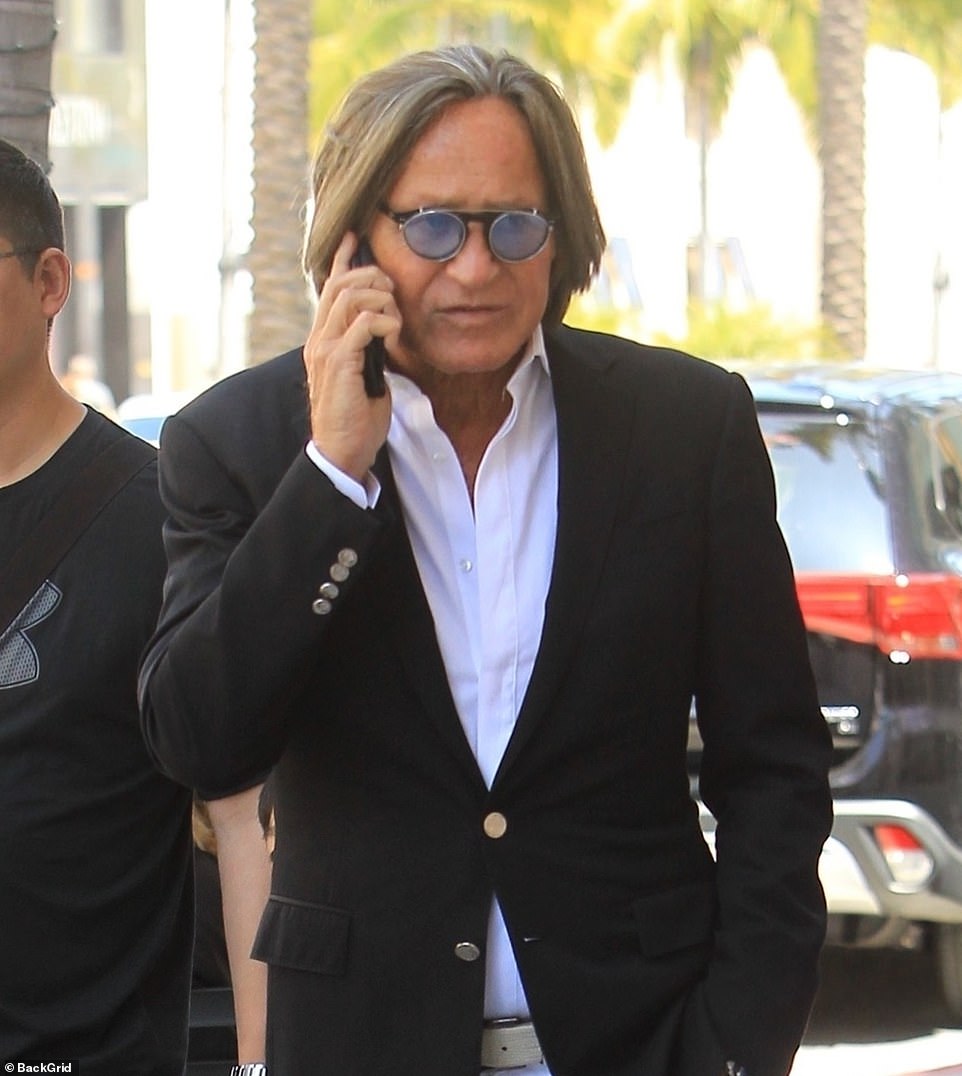 Billionaire Mohamed Hadid – father of supermodels Gigi and Bella – has been accused ‘faking’ court-ordered community service at a church. He denies the claim ‘vehemently’

‘We will demolish what we need to and make it safe for the neighbors – but I will finish the house.’

Hadid plans to replace the current sprawling, and illegal, pool deck with a smaller deck and pool.

The saga of how Hadid set out to build one of the biggest and most expensive luxury homes in LA has been full of controversy since he bought the hilltop plot in 2011 for $1.9 million. 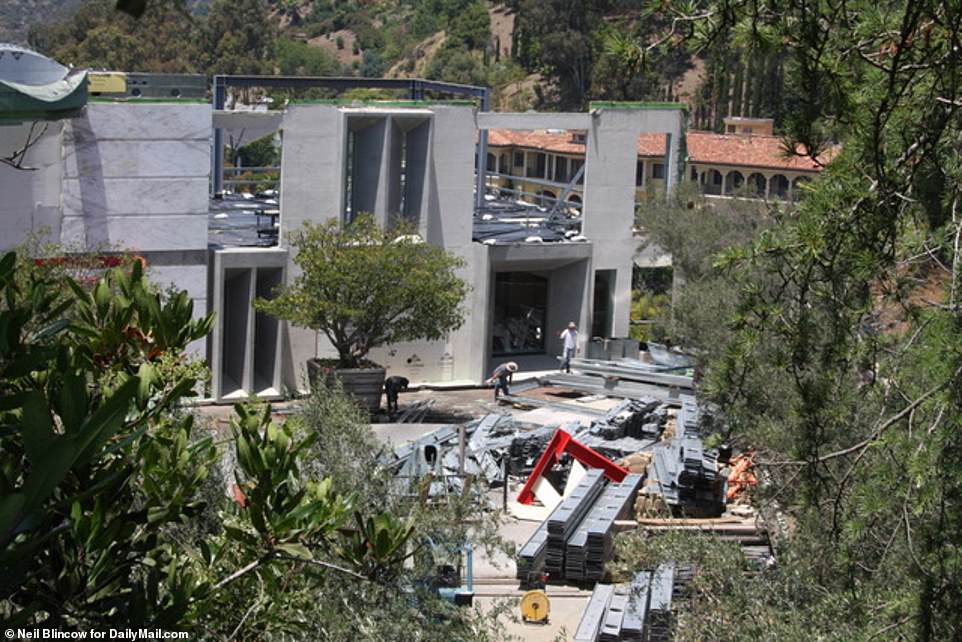 Exclusive photos obtained by DailyMail.com in June showed that the court ordered demolition work had begun on an illegal third floor of the property. LA Superior Court Judge Karlan ruled last March that the house’s illegal third story, including roof, walls and stairs leading to it, had to be torn down by May 15 this year 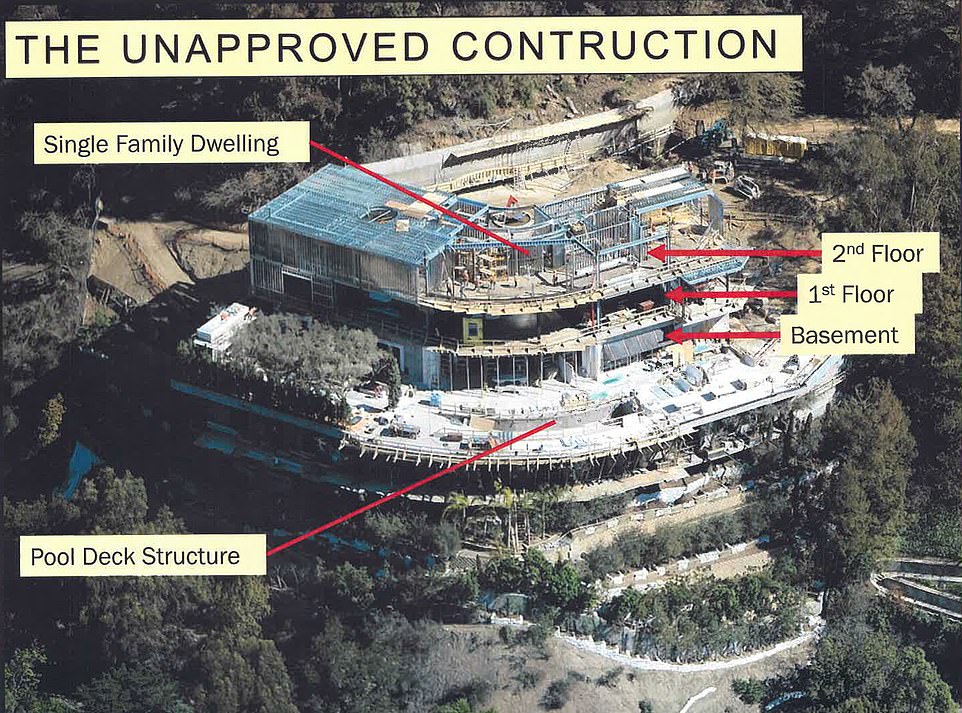 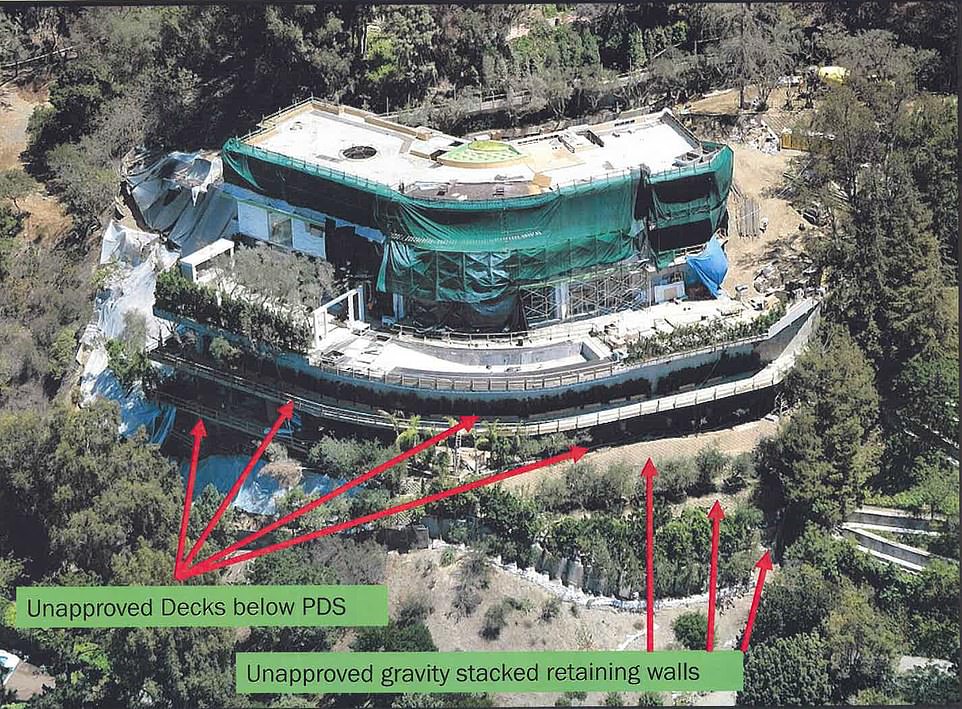 After demolishing the original house, Hadid began work on his monster project

He knocked down the ranch-style house that was already there and started building his monster mansion.

Neighbors watched with increasing alarm as the massive house grew bigger and bigger, adding a 70-seat movie theater, plus two huge decks included on the property.

But Hadid – hoping to sell the giant mansion for $100 million plus – continued to build, despite orders from Los Angeles City to stop, and in December 2015, in an almost-unprecedented move, the city decided to prosecute him criminally.

Hadid pleaded no contest to three criminal charges involving illegal construction and in July 2017 he was sentenced to a 180-day jail sentence if he doesn’t reduce the size of the house and bring it into compliance with city building codes – or demolish it – within the three years of probation the judge also imposed.

One of the most explosive accusations is that when Hadid was ordered to do 200 hours of community service as part of his punishment for illegal construction on his controversial house, he had his security guard serve the community service for him in his place.

In court documents obtained by DailyMail.com, Hadid faced accusations of ‘faking’ the court-ordered community service he was supposed to serve.