A bakery worker outside the city of Hamburg claims he was ‘certain’ he saw missing Scottish man Liam Colgan.

The 29-year-old from Inverness was on his brother’s stag weekend in Hamburg when he disappeared in the early hours of February 10.

Ms Diwinski told the Sunday Mail: ‘We saw a photograph of the man in the newspapers and we realised he had been here.

‘One of my colleagues is certain she saw him.

‘He looked lost and confused and then he left the shop. He looked lonely.’

Earlier today, Mr Colgan’s brother said that a body pulled from a river in Hamburg was not his sibling.

A body had reportedly been pulled from the River Elbe, although Eamonn Colgan said: ‘The police have contacted me and told me the body recovered from the river this morning is not Liam.

‘I can’t obviously say who they think it is and they have no reason to tell me but the description does not match Liam. We are putting a plan together about what areas we need to target next.

‘Until we hear anything otherwise we can’t give up the search and we have to remain optimistic.’

A statement released through the Lucie Blackman Trust on behalf of Mr Colgan’s family said: ‘We are aware of rumours circulating about discovery of a body in Hamburg.

‘At this point there is nothing to suggest this has any connection to Liam Colgan. Therefore please continue to share and support the appeal.’

A police search was launched and Mr Colgan’s friends have set up a Facebook and Twitter campaign to appeal for information.

Liam’s brother&other family members are in Hamburg. They are looking for volunteers to help disperse posters around the city. If you are able to help out, please DM this Twitter account or send a message to the Facebook group in the pinned tweet. Thank you everyone. #FindLiam

Mr Colgan’s brother Eamonn raised the alarm on Saturday when he woke up and discovered his brother was not in the room they were sharing.

He was last seen in the early hours of Saturday morning in the German city.

He had organised the trip for around 18 people ahead of his brother’s wedding in March.

The 29-year-old has not been seen since 1.30am on Saturday in the Hamborger Veermaster bar in the Reeperbahn area.

Police became involved in the search when he failed to show up for activities on the Saturday afternoon. 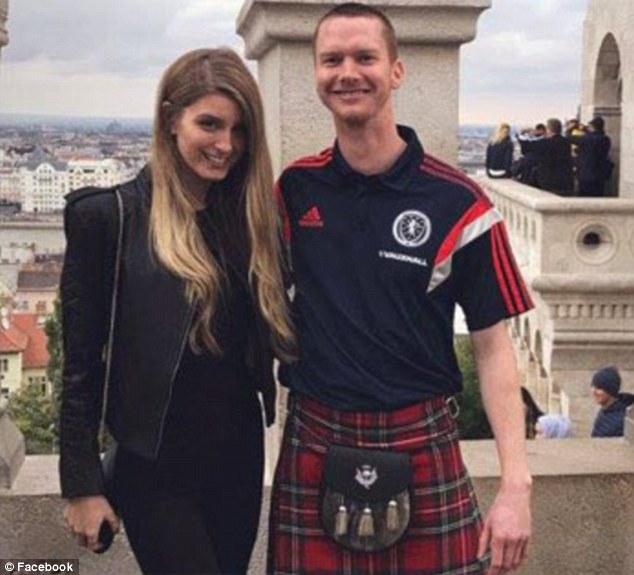 Police became involved in the search when Mr Colgan (shown right, with his friend Paige on holiday in Budapest last year) failed to show up for activities on the Saturday afternoon

Alan Pearson, who was on the trip, told BBC Radio Scotland: ‘It was towards the end of the night that Liam became separated from the group, but nobody realised at the time, given the nature of the event. It was hard to keep tabs on everyone.

‘Having retraced our steps and spoken to bar staff in the last bar he was seen in, we understand that he left a few minutes before the rest of the group.’

He added: ‘He’s not done anything like this before. You might often hear in appeals like this that the behaviour is completely out of character and that is absolutely the truth in this case.

‘When he didn’t turn up for activities he had planned in the afternoon we knew something was amiss there so we pressed the police to assist and were eventually able to get an investigation started on Sunday morning.’ 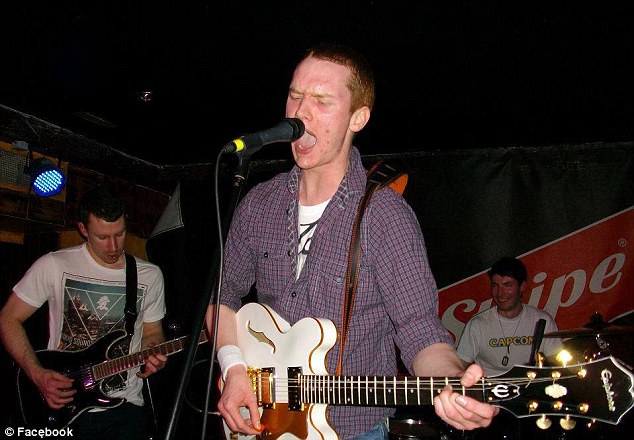 Mr Colgan is around 6ft with a slim build and ginger hair. When last seen, he was wearing a brown leather jacket and a grey hoodie

Mr Colgan’s brother and father have remained in Hamburg along with a few others to continue the search, while friends at home have been helping by contacting hospitals in the city. The Foreign Office is also in contact with German police.

A Facebook page titled ‘Help find Liam Colgan’ has been created with appeals in English and German.

It said: ‘Liam, is the best man for his brother Eamonn Colgan and is responsible for organising the Stag Do to Hamburg, Germany.

‘Eamonn is due to marry his fiance Susan in three weeks time back in Scotland so we are launching an urgent appeal to find Liam.’

Mr Colgan is around 6ft with a slim build and ginger hair. When last seen, he was wearing a brown leather jacket and a grey hoodie.

A spokeswoman for the Foreign Office said: ‘We are in contact with the German police after a British man was reported missing in Hamburg, Germany.

‘We are providing advice and assistance to his family.’