No one at the BBC could understand how disgraced journalist Martin Bashir got his job as religious affairs editor after he hoodwinked Princess Diana for his Panorama interview, Radio 4 presenter Samira Ahmed claims

No one at the BBC could understand how the disgraced journalist Martin Bashir got his job as religious affairs editor after he hoodwinked Princess Diana for his Panorama interview, Radio 4 presenter Samira Ahmed has claimed.

Writing in the Radio Times, she said workers were ‘puzzled’ as to how Bashir – who has since been criticised by the broadcaster for faking bank statements that persuaded Diana to give him an interview in 1995 – managed to get the position in 2016.

In the interview, the Princess of Wales talked about the disintegration of her marriage with Prince Charles, saying: ‘There were three of us in this marriage.’

Bashir had worked as a political commentator for MSNBC in New York after the interview before resigning over comments he made about the American politician Sarah Palin.

However, he was then rehired by the BBC’s Jonathan Munro and went back to reporting on religious issues for the broadcaster.

According to the Radio 4 presenter Samira Ahmed, pictured, no one at the BBC could understand how the disgraced journalist Martin Bashir got the position as religious affairs editor after the way he treated Princess Diana

Ms Ahmed wrote in Radio Times: ‘His [Rashir] 2018 performance on Newswatch was bizarre. He was so nervous and uncertain that we had to stop the recording after each question for him to wipe the visible sweat from his face.

‘When I asked him if his devout Christianity meant he might not be impartial, he said it was no different to being a sports reporter who supports Chelsea.’

Ms Ahmed added: ‘I pointed out, ”no one disputes that Chelsea FC exists”. Bashir looked totally lost. That part of the exchange never made the final edit. I wasn’t the only journalist wondering how he’d got this new job.’ 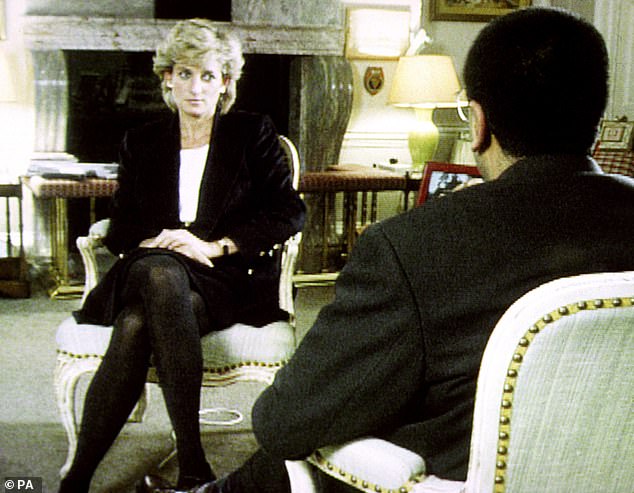 Princess Diana sat with disgraced journalist Martin Bashir during a Panorama interview in 1995, within which she said: ‘There were three of us in this marriage.’ 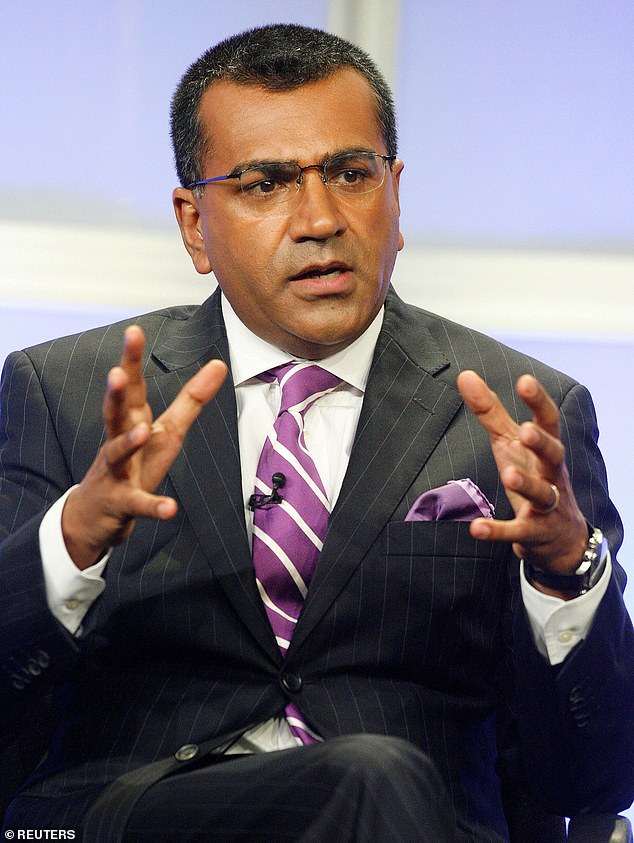 Since the interview, Bashir has apologised to the Prince of Wales and the Duke of Sussex, saying he is ‘deeply sorry’ for the way he treated their mother

Since then, Bashir has apologised to The Prince of Wales and the Duke of Sussex, saying he is ‘deeply sorry’ for his behaviour.

Bashir left the corporation last year after heart surgery and complications from the Covid-19 virus.

Meanwhile, Princess Diana’s sons have condemned the BBC for its treatment of their mother.

The former BBC director-general, Lord Hall of Birkenhead, also said he was deeply sorry for the hurt caused but denied there has been any ‘cover-up’.

The corporation handed out £1.5 million to charities selected by the royal family to make amends for the scandal.

Director-general of the BBC, Tim Davie, apologised to Matt Wiessler, the whistleblower who revealed Bashir’s wrongdoing. He has since received up to £1 million in compensation.