Working Australians who say they have paid tax their whole lives are claiming they are being unfairly targeted by the government for massive bills they don’t deserve.

Katherine Little, 49, was travelling Australia in a caravan earning $700 a week while working remotely transcriber remotely.

She was living her dream – until her Australian Business Number was abruptly cancelled, meaning she could no longer work.

Ms Little said the decision has ruined her life.

Katherine Little, 49, was travelling Australia in a caravan earning $700 a week while working remotely transcriber remotely 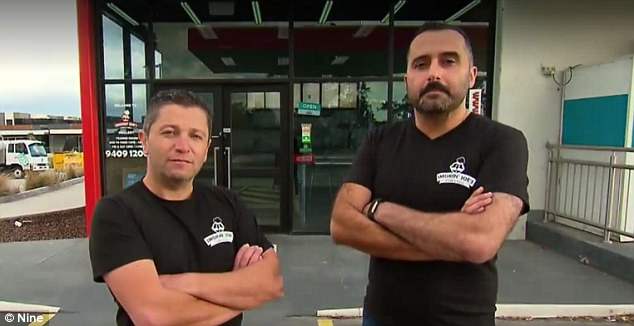 ‘I thought how dare they do this to me what right do they have, when I’m doing everything right and I’m complying with all the legislation, why are they doing this to me? They’ve taken my independence from me,’ she told A Current Affair.

She is now living at her parents’ house in Melbourne while collecting welfare payments.

Charlie and Mike run two pizza restaurants called Smokin Joe’s in suburban Melbourne. They were audited by the ATO who gave them a tax bill of more than $2million for a 30-month period.

The business partners called the ATO and were told they needed to appeal the findings at a tribunal if they disagreed with them.

Charlie and Mike say they can’t afford to pay for the legal costs of taking their appeal to a tribunal.

They are yet to pay the debt, so have been hit with an order which gives the ATO the power to take over their bank account.

If the issue isn’t resolved the restaurant owners say it will lead to the closure of their business.

Former Australian Competition and Consumer Commission chairman Alan Fels says the ATO is ‘prone to stuff ups’ and that they are too powerful. 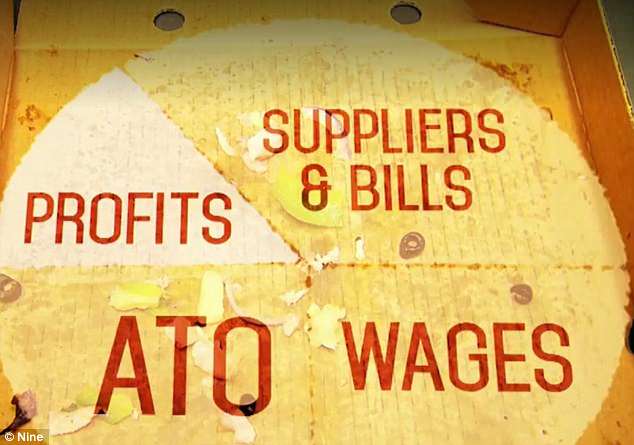 Ex-Australian Federal Police officer Nick Berry helped the ATO seize money from criminals, and then after he retired he was contacted about an incorrect tax bill.

After trying to sort the issue out for years, he was eventually awarded $30,000 in compensation.

The ATO said they stand by the $2million bill for Charlie and Mike’s pizza shop business, saying: ‘We absolutely stand by the actions we have taken’.

Where taxpayers fail to lodge tax returns and BAS returns over a number of years, despite our repeated requests for these to be submitted we will raise a default assessment based on the evidence we are able to obtain – including cash deposits in their bank account and bank statements,’ the statement said.

‘In these situations, often where the taxpayer has refused to provide basic information like what rent they paid and what their business sold, we can only work off their bank account.

‘Where taxpayers fail to respond to a position paper put to them based on this evidence, and where we have attempted to engage with them for an extended period, including providing them with every chance to rectify their tax situation and pay the amounts due under the law, we take firmer action.’ 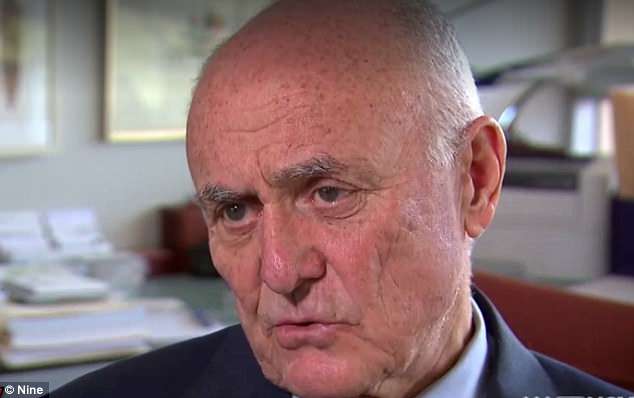