World Cup 2018: Your guide to all the qualified teams

The qualification process for next summer’s World Cup is almost complete and this latest international week has helped add some more names to the Russia 2018 guest list.

The main group phase for the European qualifying has been completed, with the four play-off ties to come next month.

South America wraps up on Tuesday evening, while Africa concludes with the final fixtures next month. Asia and North America are poised to send their candidates forward into the Intercontinental play-off.

Here’s your complete guide to each of the nations that will definitely be on the plane to Russia next year.

You can hardly have a World Cup without inviting the host nation, can you? Russia were spared the travails of the European qualifying groups and have been playing friendlies to keep themselves in match shape.

We already know that they will get the ball rolling at the newly rebuilt Luzhniki Stadium in Moscow on June 14 in the first of the Group A fixtures.

As easy as it gets for the Belgians, who booked their place last month and have bossed qualifying group H.

Roberto Martinez’s side are ranked among the favourites to win the whole thing and they’ve rampaged through their group scoring tons of goals in the process. 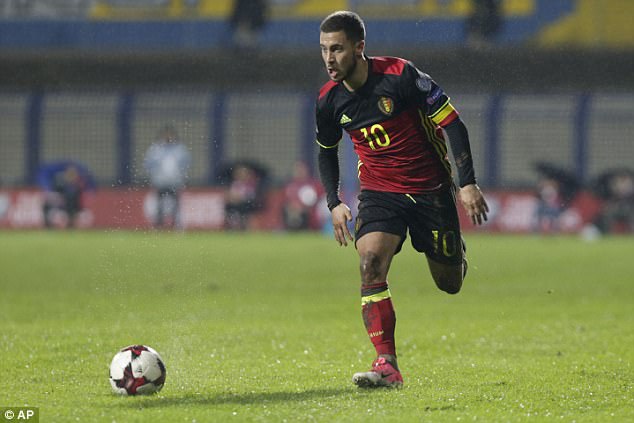 How did they qualify? Winners of Group F Last appearance: 2014 Best performance: Winners 1966

It’s hardly been the most inspiring qualification campaign, but Gareth Southgate’s Three Lions are in the finals safe and sound.

They secured their place with a 1-0 win over Slovenia last week though, on current form, few will be tipping them to replicate their famous triumph of 1966. 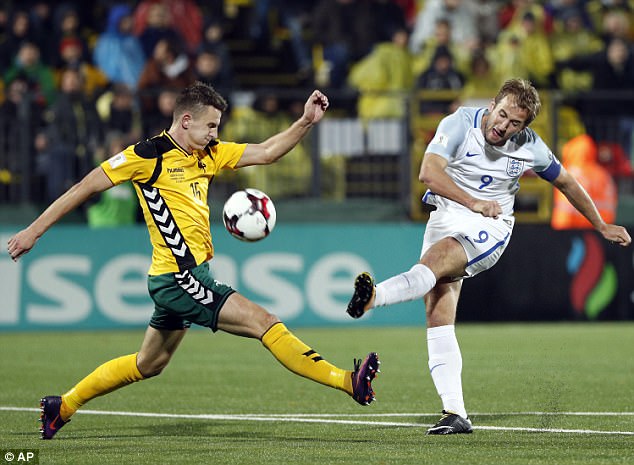 How did they qualify? Winners of Group A Last appearance: 2014 Best performance: Winners 1998

It was simple enough for France, who finished top of Group A, four points clear of challengers Sweden and Holland.

Didier Deschamps’ side beat Belarus 2-1 on Tuesday night to confirm their automatic qualification slot. They will be looking to improve on their performance at Euro 2016, when they reached the final but lost to Portugal. 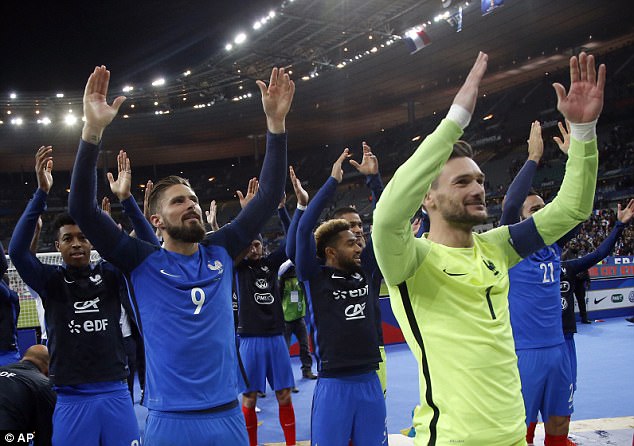 A perfect 10 wins out of 10 in qualifying for the defending champions, who racked up 43 goals and finished an impressive 11 points ahead of second-placed Northern Ireland.

Packed with players who know how it feels to be successful on the highest stage and with formidable strength-in-depth, the Germans will probably be favourites to win it again. 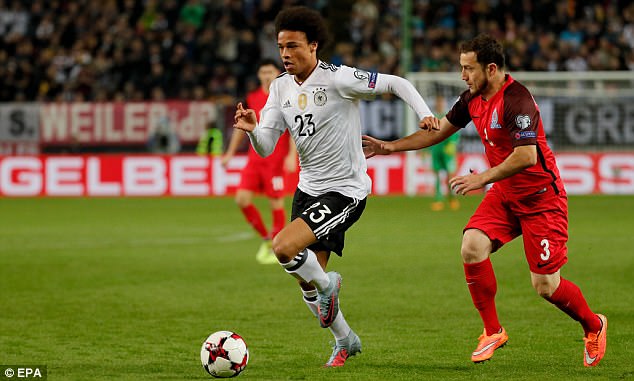 How did they qualify? Winners of Group I Last appearance: Never qualified Best performance: N/A

The Icelandic footballing fairytale continues. They stunned England en route to reaching the quarter-finals of Euro 2016 and now they’ll be back to have a crack at the World Cup.

Iceland secured their spot with a 2-0 victory over Kosovo on Monday night, topping a tricky group ahead of Croatia, Ukraine and Turkey. 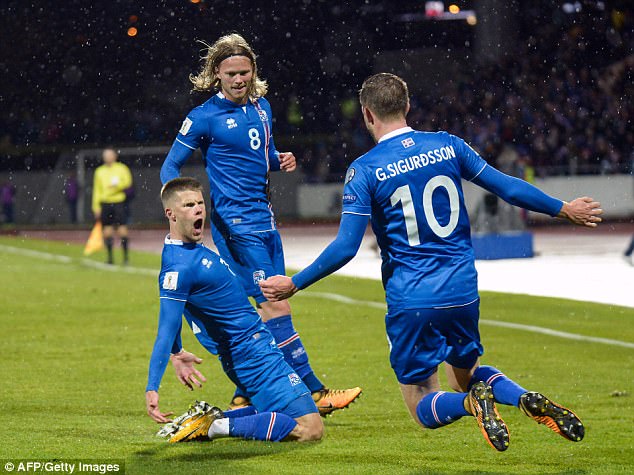 A 4-2 home win over Montenegro ended Poland’s decade-long wait for a World Cup return and they owe a lot to striker Robert Lewandowski and his 16 goals in qualifying.

That enabled them to keep their necks ahead of Denmark in the group and given their geographical proximity, we can expect thousands of Pole to be making the trip. 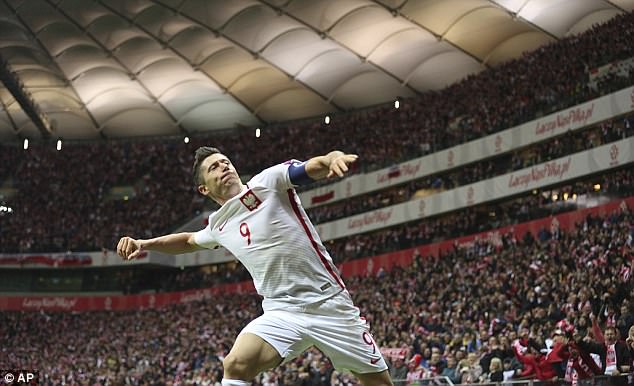 How did they qualify? Winners of Group B Last appearance: 2014 Best performance: Third place 1966

Managed to overcome Switzerland in the final game in Group B at home to secure automatic qualification.

Finished level on points but a vastly superior goal difference – they scored 12 more than the second placed side – meant they earned a place in Russia. 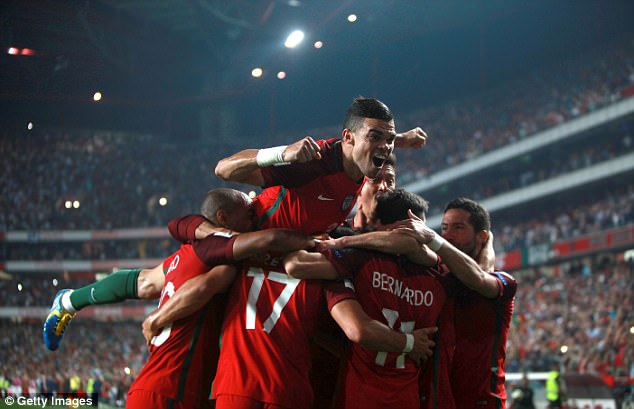 Just edged out the Republic of Ireland to top a tight Group D that also featured challenges from Wales and Austria.

It went down to the final round of fixtures, with Aleksandar Prijovic scoring the winner against Georgia to take them to Russia. 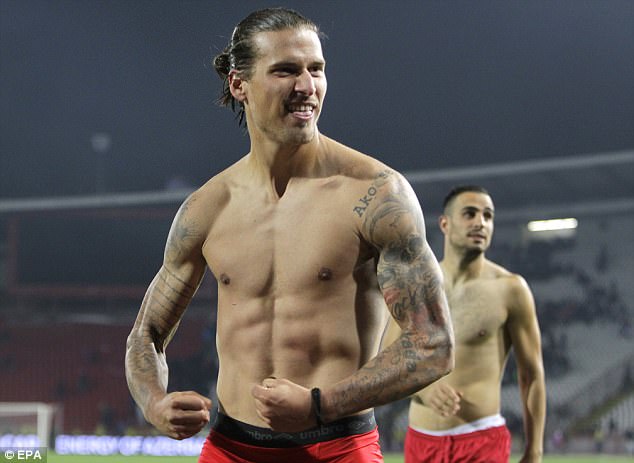 How did they qualify? Winners of Group G Last appearance: 2014 Best performance: Winners 2010

A straightforward qualifying campaign for the 2010 champions despite the unnerving presence of Italy in their group.

In the end, a dominant 3-0 win over the Italians in Madrid last month proved decisive and Spain are another of the European nations to complete all 10 games unbeaten. 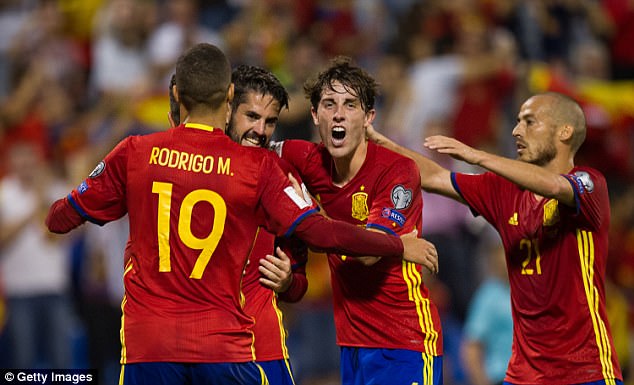 WHAT NEXT IN EUROPE?

The eight runners-up with the best records in qualifying now advance to the play-off. The draw will be made at FIFA headquarters in Zurich next Tuesday and, depending on their FIFA Rankings, four will be seeded and four not seeded.

The teams that have reached the play-offs are…

As their rivals laboured beneath them, Brazil made light work of the often arduous 18-game South American round robin.

The five-time winners of the World Cup have performed precisely as you’d expect from a team of such pedigree and they’ll definitely be among the favourites. 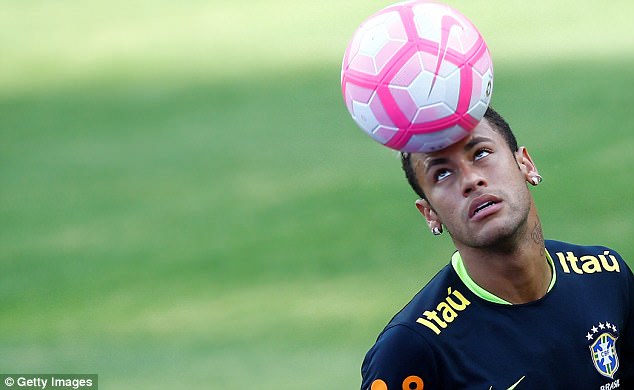 WHAT NEXT IN SOUTH AMERICA?

Details of the play-off… vs New Zealand

How did they qualify? Runners-up in the North American group Last appearance: 2014 Best performance: Quarter-finals 2014

A dramatic equaliser in the fifth minute of injury time against Honduras last week took Costa Rica through to Russia.

They haven’t quite been able to keep pace with leaders Mexico, but have got the job done, the highlight being a 4-0 drubbing of the United States. 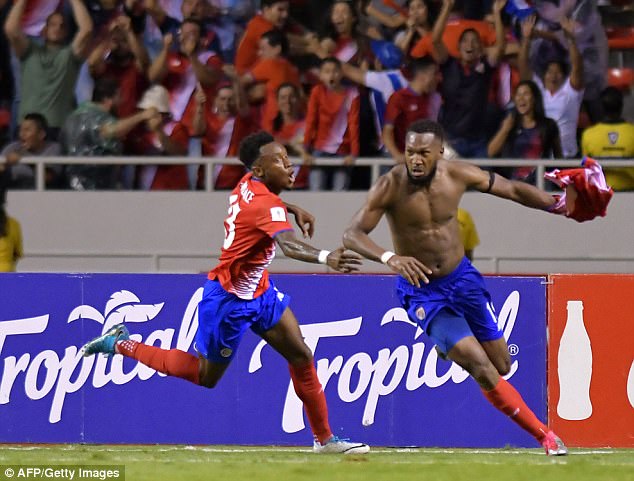 How did they qualify? Winners in the North American group Last appearance: 2014 Best performance: Quarter-finals 1970, 1986

It’s been a straightforward final phase to qualifying for the Mexicans, who set the tone with a 2-1 win over the United States in Columbus and kicked on from there.

They have been a presence at the last six World Cups and Russia 2018 will be no exception. 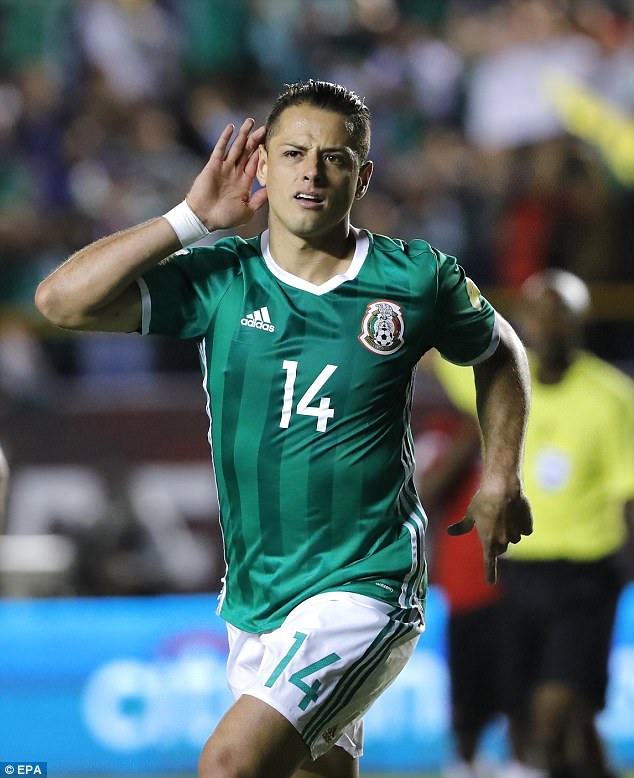 Narrow wins in their home fixtures and goalless draws on the road seem to be the story of Iran’s final phase of qualifying – which they completed unbeaten in 10 games.

It was hardly spectacular stuff but the mission was accomplished and they’ll try and reach the knockout stage for the first time in Russia.

How did they qualify? Runners-up in qualifying Group B Last appearance: 2006 Best performance: Round of 16 1994

It was a close run thing for second spot behind Japan in Group B, with Saudi Arabia edging out Australia by just two on the goal difference.

They make it to a finals for the first time since Germany 2006 and that despite losing three of their 10 matches.

A 2-0 home win over Australia booked their place at Russia 2018 and made it six tournaments on the bounce for Japan.

They took top spot despite a couple of defeats but could well be the strongest of the Asian contenders at the tournament.

How did they qualify? Runners-up in qualifying Group A Last appearance: 2014 Best performance: Fourth place 2002

A record of four wins from five at home helped to offset three defeats on the road as South Korea edged surprise package Syria to claim second spot.

A reliable presence at finals, South Korea are heading to their ninth tournament in succession.

WHAT NEXT IN ASIA?

Australia have advanced to the Inter-Confederation play-off against the fourth-best North American nation after defeating Syria 3-2 on aggregate in the Asian play-off.

That game will take place in November.

How did they qualify? Winners of qualifying group E Last appearance: 1990 Best performance: First round 1934, 1990

There were jubilant scenes across Egypt after a 95th-minute penalty beat Congo on Sunday and delivered them to a first World Cup finals since Italia ’90.

Liverpool’s Mohamed Salah scored five goals in the final phase of qualifying as they topped a group that contained Uganda, Ghana and Congo. 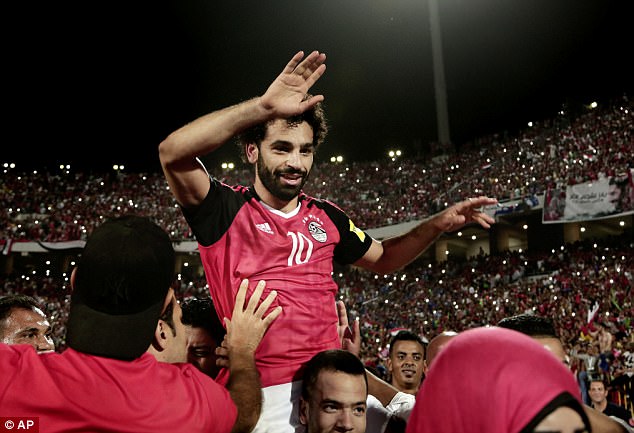 Four wins from five games delivered Nigeria to the finals at the top of Group B as they finished ahead of Zambia, Cameroon and Algeria.

With the likes of Victor Moses, Kelechi Iheanacho, Alex Iwobi and John Obi Mikel, there will be plenty of Premier League interest in Nigeria’s fortunes next summer. 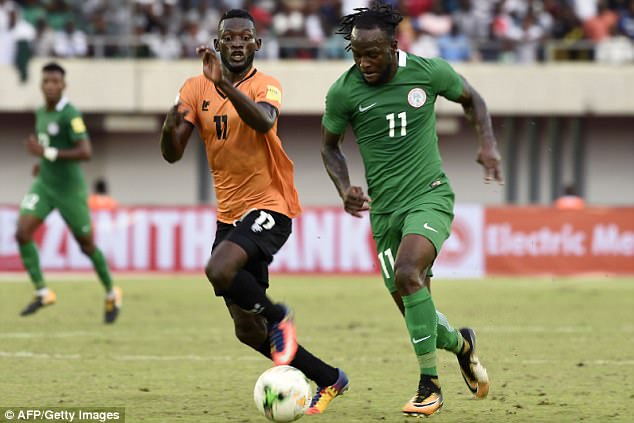 Topped the South American standings, finishing 10 points clear of second place having cruised to qualification in an otherwise tightly-packed group.

A double from Luis Suarez against Bolivia helped secure their place at a third-straight World Cup under Oscar Tabarez following a dramatic final round of fixtures. 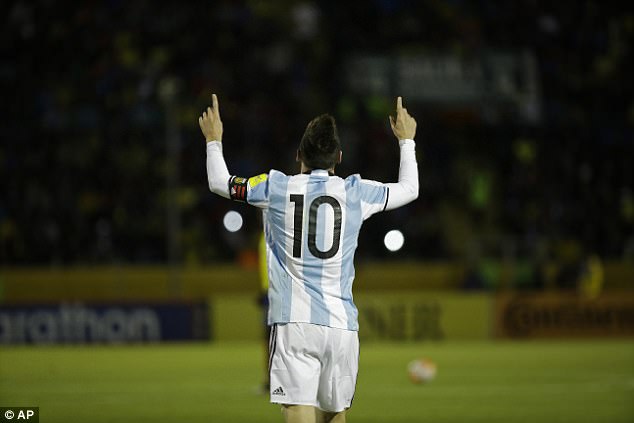 Facing elimination heading into Tuesday’s clash with Ecuador, Argentina secured automatic qualification thanks to a stunning individual display from Lionel Messi, whose hat-trick helped them secure a 3-1 win and climb from sixth to third.

A draw with Peru in their final match was enough to book Colombia’s place in Russia, having won seven of their 17 qualifying matches.

Finished top of the group having lost none of their first nine qualifiers before defeat by Honduras.

Secured second place and a place in the draw for next year’s finals, having taken 16 points from their 10 matches.