Why DO Americans call it soccer? Despite jibes aimed across the pond for the football term…the word is actually BRITISH and was coined by Oxbridge students

It has long been one of the more minor dividing lines between Britain and the US: in the UK we say football and in America they say soccer.

But whilst the word soccer is dominant across the pond, it is – like the beautiful game itself –  very much British in origin.

But at the same time, the game of rugby – its full name rugby football – was blossoming after beginning in the 1840s at the famous English private school of the same name.

Sheffield Football Club is the oldest in the world, having been formed in 1857. Above: The team in its founding year

To differentiate between the two, the game played under the FA’s rules became association football.

But in the 1880s, Oxford University students then used the terms ‘rugger’ and ‘assoccer’ to differentiate between the two sports, before the latter term was shortened to soccer.

The new name quickly did spread far beyond Oxford and was widely recognised in England through the 20th century.

Meanwhile, in the US, the sport of gridiron football – which borrowed elements from both rugby and football emerged in the late 19th century.

With most people branding American Football as simply ‘football’, association football players in the US adopted soccer for their sport, and that name quickly spread. 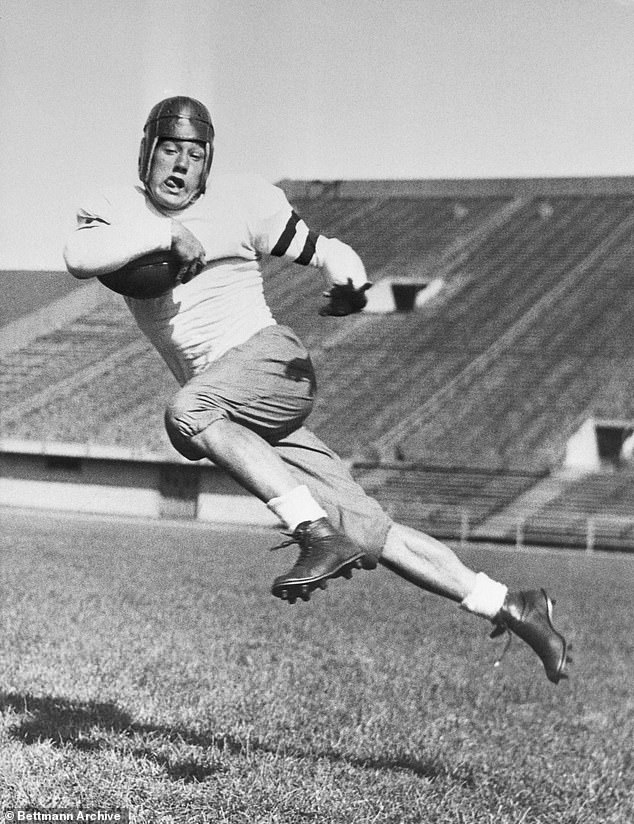 In the US, the sport of gridiron football – which borrowed elements from both rugby and football emerged in the late 19th century. With most people branding American Football as simply ‘football’, association football players in the US adopted soccer for their sport, and that name quickly spread 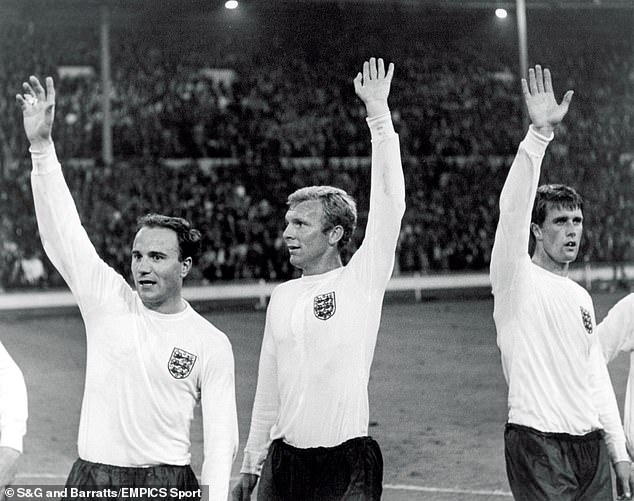 The word soccer was popular in Britain from the late 19th century until it began declining in the latter half of the 20th century. Above: England’s players on the pitch after their semi-final victory over Portugal at the 1966 World Cup

But back in the UK, by the 1980s the term had fallen out of common usage to describe football – in part because it had become so synonymous with the United States.

Soccer is also more common in nations that have sports sharing the football name – such as in Australia, Canada and Ireland.

Writing in 2014, University of Michigan academic Professor Stefan Szymanski explained the origins of the word soccer.

He had analysed the usage of the word compared to football from 1900 onwards.

He wrote in his paper: ‘It appears that as the popularity of soccer has grown in the US, the word has been used less and less. 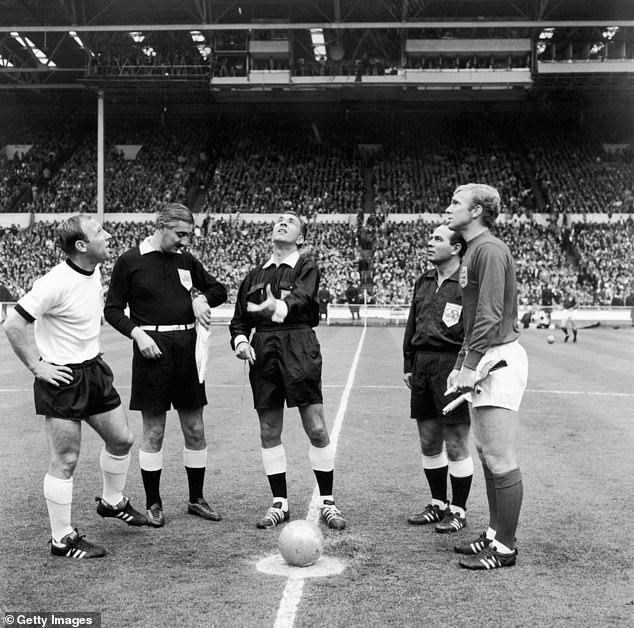 Referee Gottfried Dienst, of Switzerland, tosses the coin before the start of the World Cup final at Wembley between England and West Germany

””Association football” became “soccer” in America, and what was called “gridiron” in Britain became simply “football” in America.

‘Since 1980 the usage of the word “soccer” has declined in British publications, and where it is used, it usually refers to an American context,’ the researchers said.

‘This decline seems to be a reaction against the increased usage in the US which seems to be associated with the highpoint of the NASL around 1980.’

However, the researcher admitted the problem of two names may need to be addressed at some point

‘With soccer growing in popularity in the US and the rest of the world stridently insisting the word soccer is not football, it would appear that some kind of resolution will eventually be required,’ he added.