‘We don’t wish to be visible during a tournament that has cost thousands of lives’: Hummel make powerful statement by releasing monochrome Denmark World Cup kit in protest at Qatar’s human rights abuses – and unveil ‘colour of mourning’ third strip

Denmark have revealed a monochrome kit for the Qatar World Cup, in protest against the host country.

Qatar has a highly questionable record of human rights abuses, with ‘thousands’ of migrant workers alleged to have died in the build-up to the tournament amid working conditions subject to intense scrutiny.

And Denmark’s kit supplier Hummel has spoken out against the Middle Eastern nation, stating the sponsor-less shirts – including an all-black ‘colour of mourning’ jersey – are designed to make a ‘statement’ against the Arab country.

A Hummel statement on Instagram read: ‘With the Danish national team’s new jerseys, we wanted to send a dual message. They are not only inspired by Euro 92, paying tribute to Denmark’s greatest football success, but also a protest against Qatar and its human rights record.

‘That’s why we’ve toned down all the details for Denmark’s new World Cup jerseys, including our logo and iconic chevrons. We don’t wish to be visible during a tournament that has cost thousands of people their lives.

‘We support the Danish national team all the way, but that isn’t the same as supporting Qatar as a host nation. We believe sport should bring people together. And when it doesn’t, we want to make a statement. #HistoryIsWhatWeDoNow’.

The supplier’s logo and Denmark’s classic chevrons are not shown on the kit.

Hummel – who, of course, as the supplying company do not have the power to tell Denmark to boycott the tournament – added: ‘Black. The colour of mourning. The perfect colour for Denmark’s third shirt for this year’s World Cup. 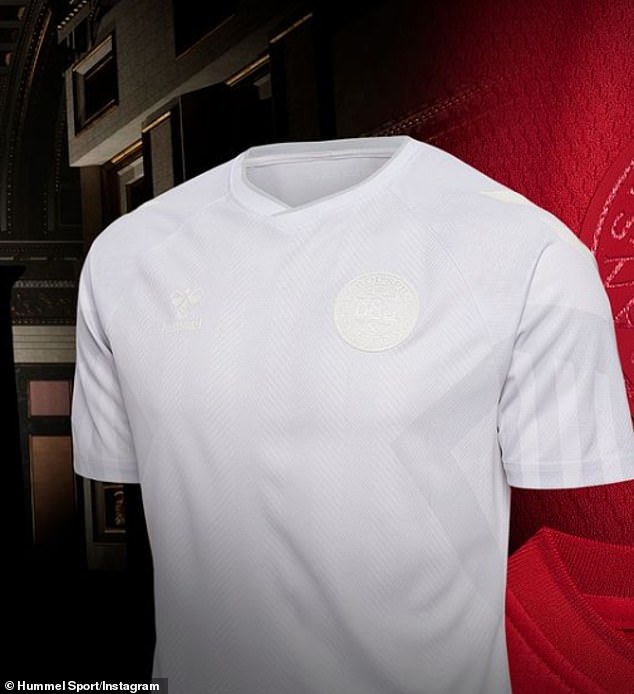 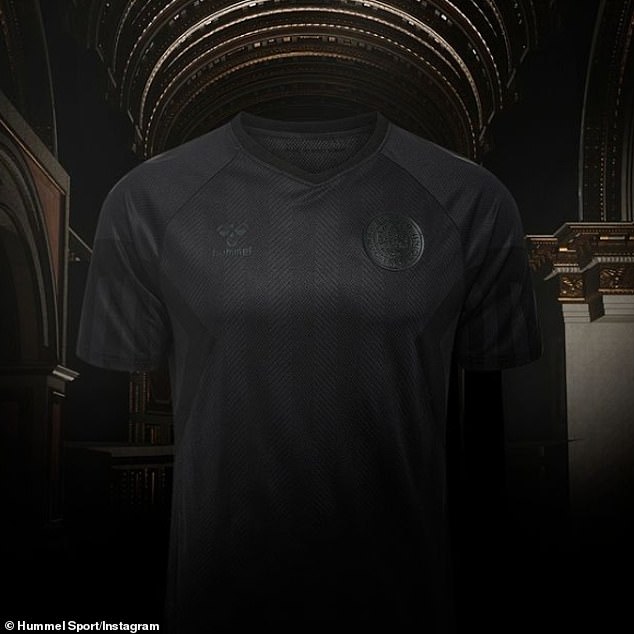 ‘While we support the Danish national team all the way, this shouldn’t be confused with support for a tournament that has cost thousands of people their lives.

‘We wish to make a statement about Qatar’s human rights record and its treatment of the migrant workers that have built the country’s World Cup stadiums.’

A lack of necessary footballing infrastructure in the Gulf state means they have relied heavily on migrant workers, many of whom have died while working on World Cup sites. The exact number is unknown.

The country also has a poor record on human rights abuses and oppresses LGBT+ people, with homosexuality illegal.

There are also numerous allegations of bribery in the way the tournament was awarded to Qatar, with even former FIFA president Sepp Blatter – banned from the sport for corruption – calling it a ‘mistake’.