Mitch Duke shared a touching moment with his son Jaxson after bagging a crucial goal for his country against Tunisia on Saturday.

The Australia striker scored an incredible header to give the Socceroos the lead in their crunch Group D match at the World Cup, with Graham Arnold’s side needing a win to give themselves more than a slim chance of reaching the knockouts.

And as he wheeled away in celebration, Duke made a ‘J’ hand gesture running towards the crowd, where his delighted son Jaxson was watching on with pride.

Duke’s two children are out in Doha to support their dad while he leads the line for Australia at the World Cup.

The Socceroos have not won a game at the tournament in 12 years and are hoping to end that torrid run with a victory over their African rivals. 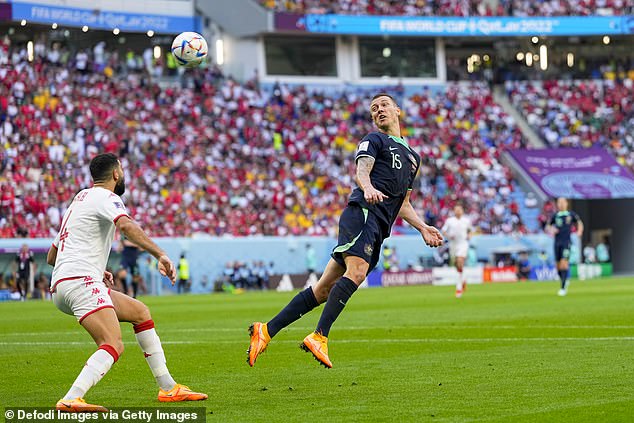