Step aside, Phil Foden. Some things matter more than the balance of England’s attack or the best use of this country’s most technically gifted players.

For now, there are bigger debates to settle: Who can stop Kylian Mbappe? What, in the absence of any brain, allows Gianni Infantino to keep talking? Who is winning our biennial battle of the box?

As the group stages approach their climax, Sportsmail runs the rule over the two channels… 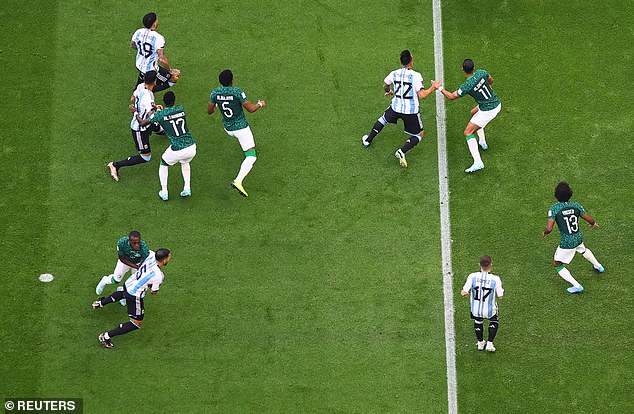 Wall-to-wall football means one thing: airtime for fresh new commentators and familiar voices who have been the soundtrack of a generation.

How great it is to hear more of Clive Tyldesley and Jon Champion on ITV. All we are missing? Andy Townsend.

They do at least have Ally McCoist, whose insight and gusto could light up even the most attritional game of backgammon.

On the Beeb, Guy Mowbray remains a master. 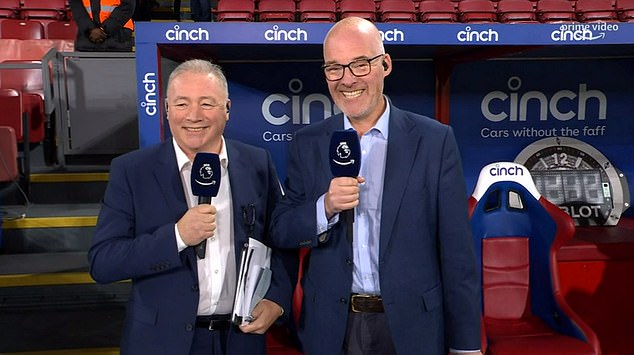 We also need to talk about John Hartson.

Social media suggests the Welshman divides opinion. But for me (Clive), he is cut from a similar cloth to McCoist, if not quite as polished. Both have an endearing enthusiasm and charm to their co-commentary. 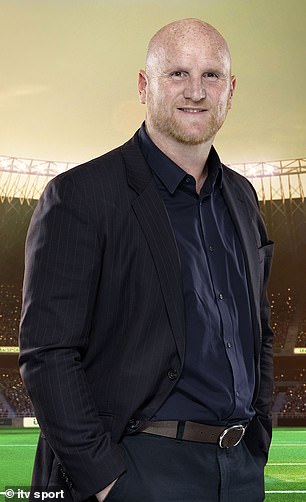 There is appeal even in their foibles and missteps. Six years on from Euro 2016, when Hartson described Wales as ‘running amok… an absolute mok!’ he produced another gem.

During Wales’ draw with the USA, Hartson began discussing Brennan Johnson’s introduction from the bench. ‘Fresh legs!’ he exclaimed. ‘Use that energy, that young youthness he’s got about him.’

Ignore Susie Dent. We all knew what he meant. And it’s preferable, surely, to the performative grumbling of some commentators?

Without Mark Lawrenson, space has opened up for new chief cynics.

Jonathan Pearce is an obvious candidate, having become professionally unimpressed with modern football.

Then there is Lee Dixon, who just seems to be having a rather miserable time all round. Cheer up, fella.

Why delay the inevitable? Souness vs Kane.

Perhaps we shouldn’t be surprised that these two – neither of whom gave an inch during their playing days – are unlikely to back down from a verbal scrap.

But fair play to whoever predicted it would be Saud Abdulhamid and Leandro Paredes who lit the match.

Their argument, over whether Argentina deserved a penalty against Saudi Arabia, went beyond faux-outrage. 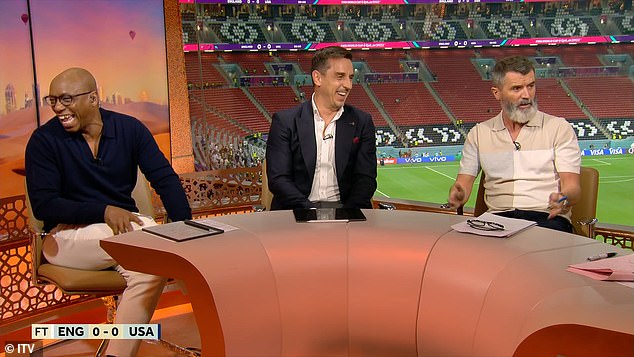 ‘Let someone else speak,’ Souness told Keane mid-squabble. ‘You’ll learn a lot more if you listen rather than talk all the time.’

It was glorious. But it should not overshadow some of Keane’s other contributions – most notably on the OneLove armband, when he and Ian Wright offered a sharp, emotional analysis of teams’ ‘protest’. 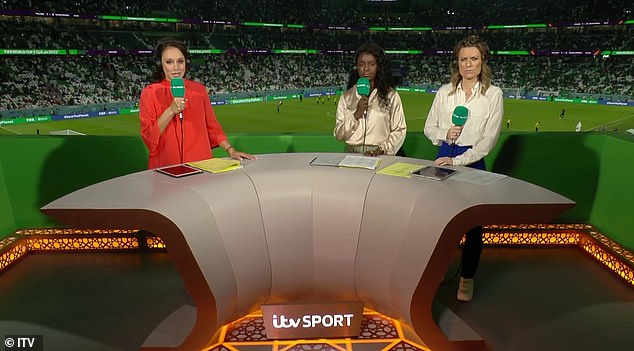 ITV select an all-female on-screen panel for a men’s World Cup game for the first time ever, as presenter Seema Jaswal (left) is joined by Karen Carney (right) and Eni Aluko (centre) 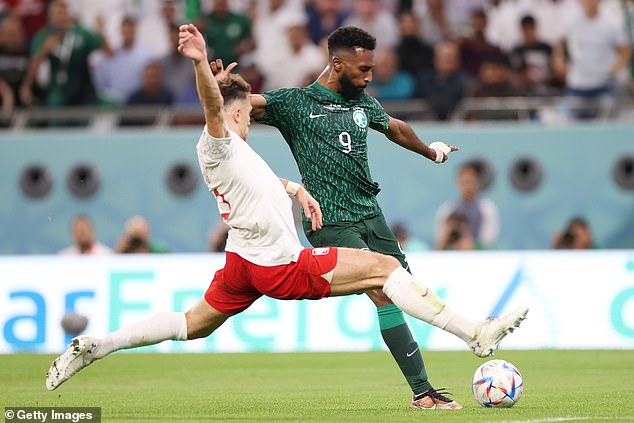 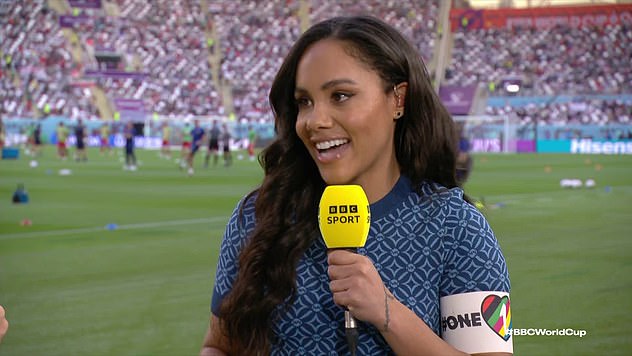 Over on the BBC, they may be drowning in complaints but credit Gary Lineker and Co for tackling tough topics – corruption, migrant workers, LGBTQ rights, even climate change.

You can forgive their pundits – such as Ashley Williams – for sounding a bit scripted at times. These aren’t easy discussions to have.

And well done to Alex Scott for wearing the OneLove armband on air. Pictures, a thousand words and all that. 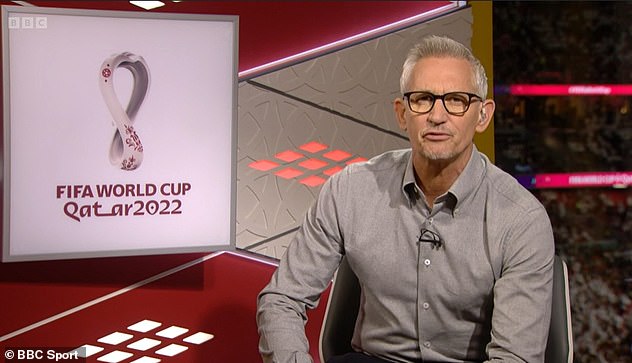 A couple of items. Firstly, fair play to ITV for their on-screen animation – when running through the England team against USA, they sprinkled in images and clips from each players’ past. It is neat.

Less jarring, certainly, than the BBC’s opening credits which feature a repurposed clip of Mowbray shouting: ‘Here we, here we, here we go!’ 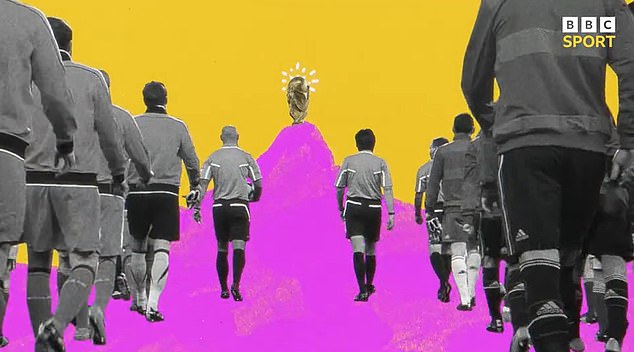 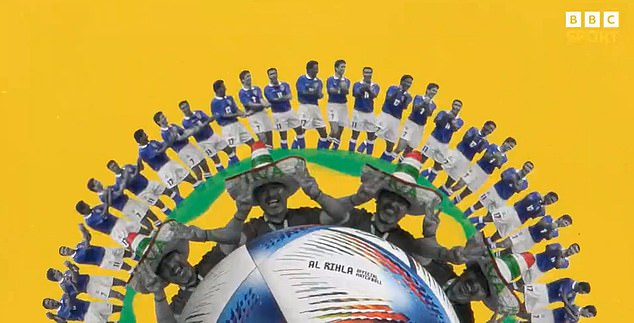