While the United States national women’s soccer team is preparing to face host nation France in the World Cup quarterfinals on Friday, two of the squad’s former stars are helping to launch a study into the debilitating brain disease chronic traumatic encephalopathy (CTE).

Teammates on the World Cup-winning U.S. teams in 1991 and 1999, Michelle Akers and Brandi Chastain spoke with CBS This Morning about the long-term study, which focuses on female former soccer players and the possible cognitive effects of the headers and collisions.

Commonly associated with football, hockey and boxing, CTE is caused by repeated hits to the head, and has been connected to everything from memory loss and headaches to depression, dementia and even suicide.

Both Akers and Chastain have admitted to some degree of memory loss, while Akers says she has also battled migraines for years. 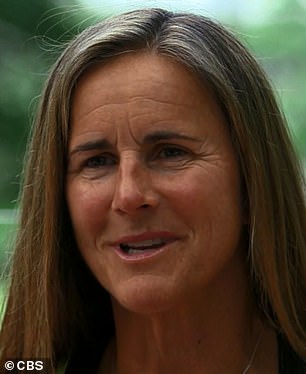 Teammates on the World Cup-winning U.S. teams in 1991 and 1999, Michelle Akers (left) and Brandi Chastain (right) spoke with CBS about the long-term study, which focuses on female former soccer players and the possible cognitive effects of the headers and collisions 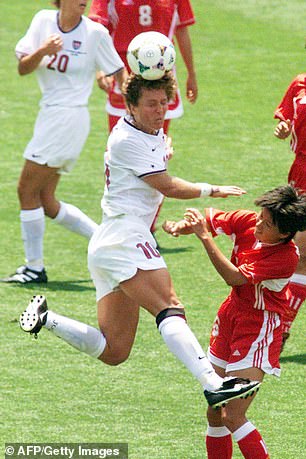 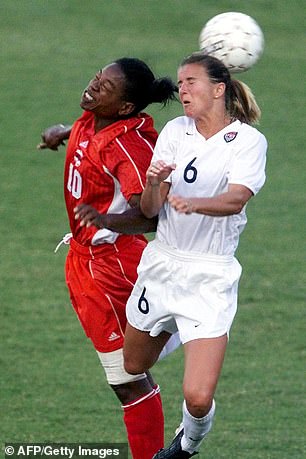 Akers (left, against China, in the 1999 World Cup Final) estimated she endured about 50 headers on game days. Chastain (right against Canada in 2000) said she was proud to be the player who always managed to head the ball: ‘Oh, I did a lot of heading the ball… And very proudly so and very determined and very aggressive’

‘I was the one, the target. So I won every punt by the goalkeepers … ‘ said Akers, a former midfielder. ‘As far as headers went … usually 50 a game.’

Chastain, who famously scored the winning penalty kick against China in the 1999 final, had a similar attitude towards head balls during her career: ‘Oh, I did a lot of heading the ball… And very proudly so and very determined and very aggressive.’

Now, 20 years later, both players want to know if those head balls contributed to any cognitive issues.

‘I can’t remember some details of a place we went … or somebody’s last name,’ Chastain said. ‘But then my friends seem to reassure me that they, too, are experiencing that … So I’m thinking, “Okay, maybe I’m all right.”‘

‘One of the difficulties is, “how do you determine what’s not normal and what is?”‘ Akers asked.

Akers explained she began suspecting there might be a problem after watching a recent documentary on British soccer legend Alan Shearer, who suspected he had early signs of CTE. (A definitive diagnosis can only be made through an autopsy)

‘I was watching that and going ‘oh my gosh’ …’ Akers said. ‘That could be me … and it stopped me in my tracks.’

The study, which is led by Boston University neurology professor Robert Stern, will follow 20 former high-level women’s soccer players who are now over the age of 40. All the former players will be given baseline testing that includes an MRI and a cognitive evaluation. 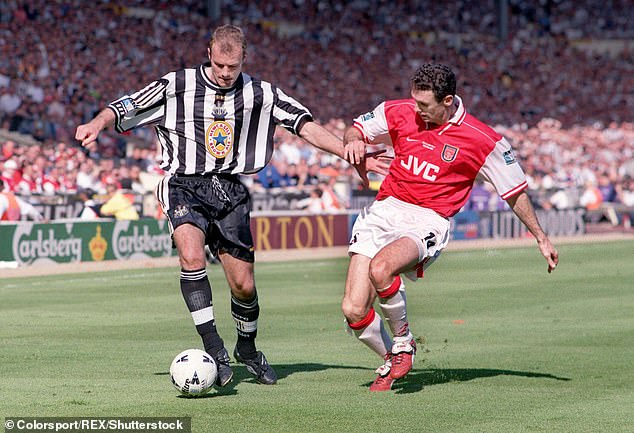 Akers began suspecting there might be a problem after watching a recent documentary on British soccer legend Alan Shearer (left), who suspected he had early signs of CTE

Soccer obviously isn’t known for violent collisions in the way that football and hockey are, but Stern said his fear is repeated sub-concussive trauma – the kind soccer players endure through years of practicing head balls.

‘I am concerned that this game played by hundreds of millions across the globe might be played in a way right now that could lead to later life brain disease,’ Stern said. ‘That’s pretty scary.’

Chastain, 50, now serves as a youth soccer coach, but she refuses to subject her players to unnecessary headers – particularly those coming off of a long punt from a goalie.

‘I have absolutely done a 180° on that,’ she said, adding ‘Heading five-story punted balls, no, not gonna happen. We’re not doing that.

‘We can’t ignore this anymore,’ she added. ‘It’s not something we can just say, ‘okay, tough it out.’ it’s not that.’ 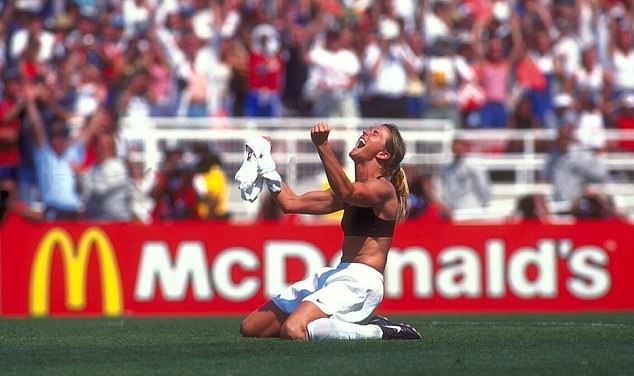 Akers admitted that if she could go back, she ‘would not be heading a million balls like that.’

The 53-year-old mother does not know if she has early-stage CTE or not, but she isn’t passively hoping everything will be OK.

‘As I’m getting older,’ Akers said, ‘I want to have a great life. I’m planning on that… And if not, then I need to prepare.’

FIFA, the world soccer federation, claims to have never found any proof that headers can lead to cognitive issues.

‘To our very best knowledge, there is currently no true evidence of the negative effect of heading or other sub-concussive blows,’ read a FIFA statement from 2017.

Several notable players who have committed suicide were posthumously diagnosed with the disease, such as Junior Seau and Aaron Hernandez.

Concerns have grown in Britain about the impact of head injuries after campaigning by the family of former England striker Jeff Astle, whose death at age 59 in 2002 was attributed to repeatedly heading heavy, leather balls.

Researchers and clinicians from Royal Prince Alfred Hospital, New South Wales Health and the University of Sydney’s Brain and Mind Centre say they made the discovery in two donated brains from middle-aged former professionals who played more than 150 National Rugby League games over many years. The identities of the athletes were kept confidential.

The study, published in the international journal Acta Neuropathologica Communications on Thursday, says the discovery is the first time Chronic Traumatic Encephalopathy — or CTE — has been identified in an NRL athlete. 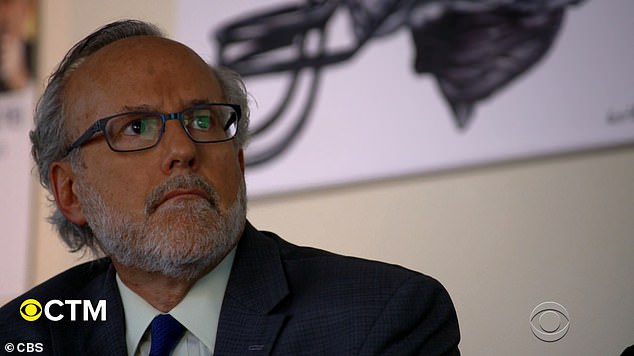 The study, which is led by Boston University neurology professor Robert Stern (pictured) follows 20 former high-level women’s soccer players who are now over the age of 40. All the former players will be given baseline testing that includes an MRI and a cognitive evaluation