Never-before-seen footage offers fresh evidence that a supermassive black hole lurks at the centre of the Milky Way.

Telescopes have captured plumes of hot gas circling the celestial object at 30 per cent the speed of light, or around 201 million mph (320 million kph).

The material is ‘as close as you can get to a black hole without being consumed by it’, scientists said.

Astronomers have long pondered whether the centre of our galaxy hosts a supermassive black hole – a mysterious region ten billion times larger than the sun.

Because the area absorbs all surrounding light, it is incredibly difficult to observe, and scientists have spent decades searching for any hint of black hole activity.

The new images mark the first time material has been spotted orbiting close to the point of no return, and the most detailed observations yet of material orbiting this close to a black hole, scientists say.

Researchers at the European Southern Observatory used specialist equipment to observe Sagittarius A*, the massive object at the heart of the Milky Way.

They spotted clumps of gas swirling around at about 30 per cent of the speed of light on a circular orbit just outside the region’s event horizon.

The speed of the gas was enough to trigger three powerful bursts of radiation from the clouds.

Specialist equipment was used to take a close look at the infrared radiation coming from the accretion disc around Sagittarius A*.

‘Astronomers have observed material as close as you can get to a black hole without being consumed by it,’ Dr Josephine Peters, an astrophysicist at the University of Oxford who wasn’t involved in the study, told Business Insider. 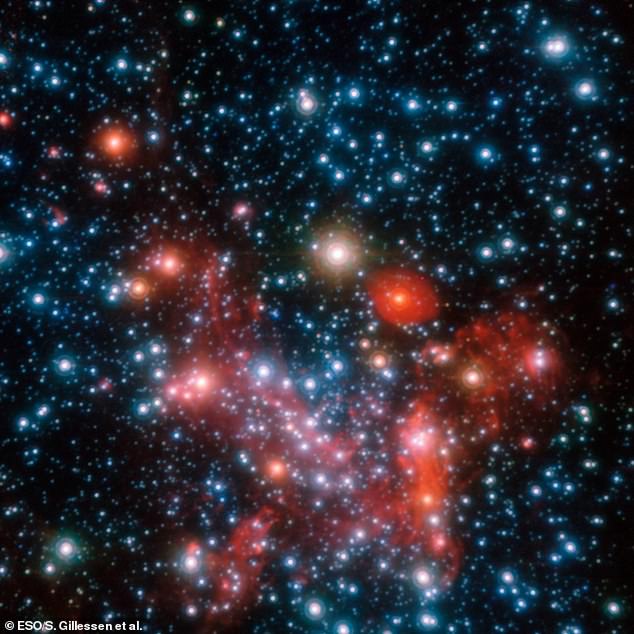 Researchers at the European Southern Observatory used specialist equipment to observe Sagittarius A* (pictured), the massive object at the heart of the Milky Way

‘Even though [Sagittarius A*] is our closest supermassive black hole, it is still incredibly mysterious.

‘This marks the beginning of understanding more about our nearby astronomical monster.’

The ESO said the observed flares provide long-awaited confirmation that the object in the centre of the galaxy is, as has long been assumed, a supermassive black hole. 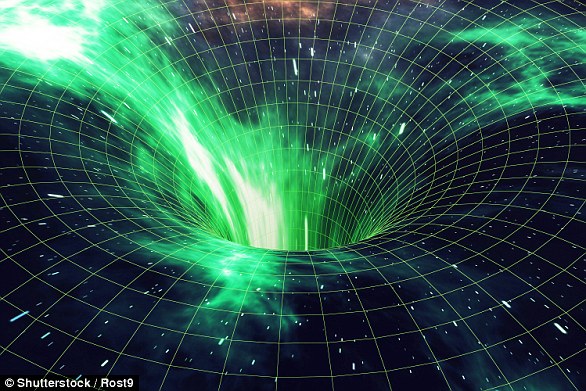 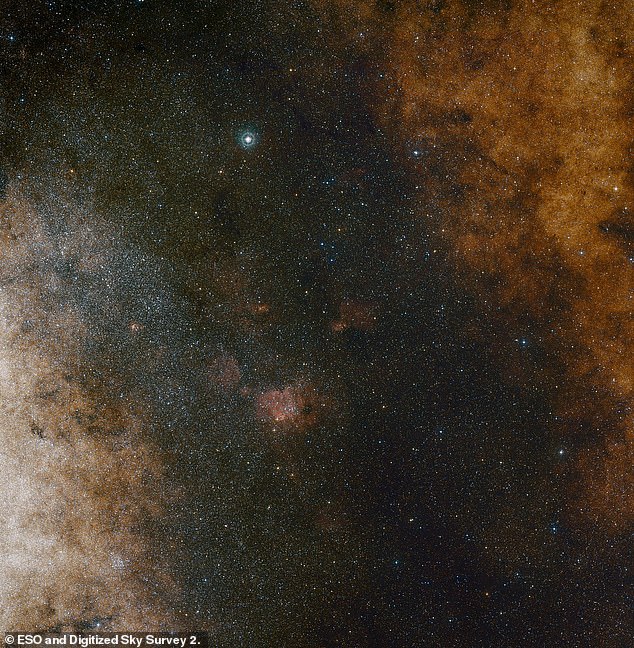 A supermassive black hole is a larger version of the black holes which form when the centres of giant stars collapse in upon themselves.

Reinhard Genzel, of the Max Planck Institute for Extraterrestrial Physics in Germany, who led the study, said: ‘This always was one of our dream projects but we did not dare to hope that it would become possible so soon.’ 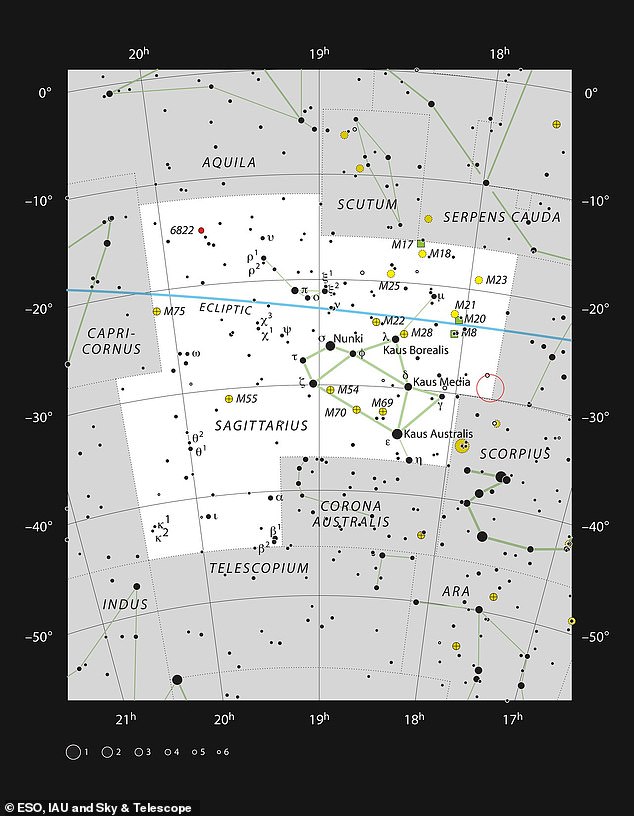 This chart shows the location of the field of view within which Sagittarius A* resides. The black hole is marked with a red circle within the constellation of Sagittarius (centre right)

WHAT IS THE VERY LARGE TELESCOPE?

The telescope is widely regarded as one of the most advanced optical instruments ever made and consists of four telescopes.

It has been involved in spotting the first image of an extrasolar planet, tracking individual stars moving around the supermassive black hole at the centre of the Milky Way and observing the afterglow of the furthest known Gamma ray burst.