A gastropub in Connecticut has halted sales of a rare ‘anti-racist’ beer that is designed to resemble the white hood of the Ku Klux Klan, after a black customer expressed his horror on seeing the bottle.

The unidentified black man was dining with a white friend at World of Beer in West Hartford on Friday when a server recommended the $40 bottle of Yellow Belly imperial stout, according to a post on social media.

The beer, brewed in a collaboration between Buxton Brewery in the UK and Sweden’s Omnipollo, is intended to denounced racists as cowards, or ‘yellow bellies’, according to the breweries.

However, the black customer’s wife said that the server did not inform him about the intent behind the packaging, a hood of white paper with black dots resembling eye holes in a KKK hood.

Yellow Belly, brewed in a collaboration between Buxton Brewery in the UK and Sweden’s Omnipollo, is intended to denounce racists as cowards, or ‘yellow bellies’ 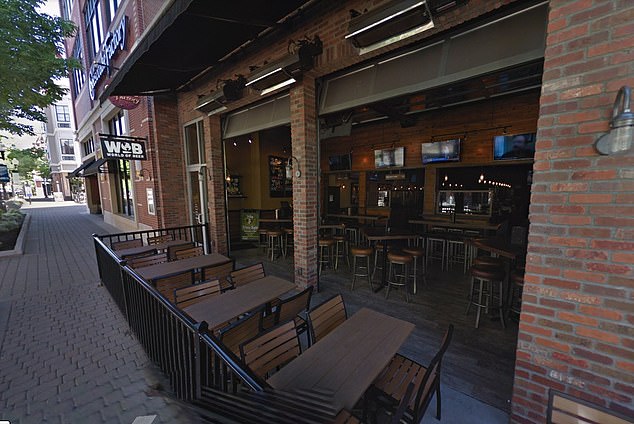 ‘This KKK bottle was brought over without warning about its appearance,’ the wife wrote in a private Facebook post that was later shared publicly with her name redacted. ‘At best, the server was ignorant, insensitive and tone deaf. At worst…?’

World of Beer on Monday said that it would no longer sell the beer, according to the Hartford Courant.

‘We have pulled this beer from further sale. Please accept our apologies for the lapse in judgment in serving,’ the restaurant said in a response to a negative review on social media.

‘While we can’t speak for the intent of the brewer, the visual representation does not have a place at our establishment. We appreciate you bringing it to our attention and welcome the opportunity for discussion.’

Yellow Belly was brewed in Europe from 2014 to 2018, but the powerful 11% imperial stout was discontinued after a trademark dispute with another brewery in the UK. 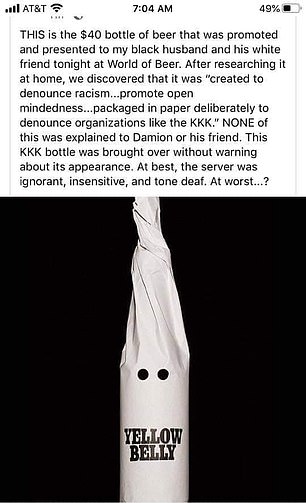 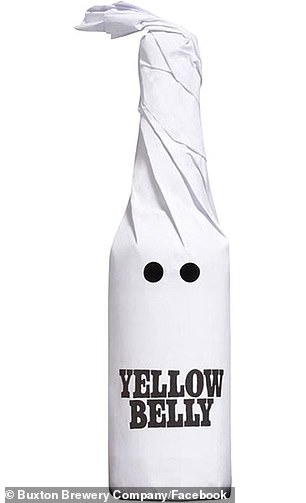 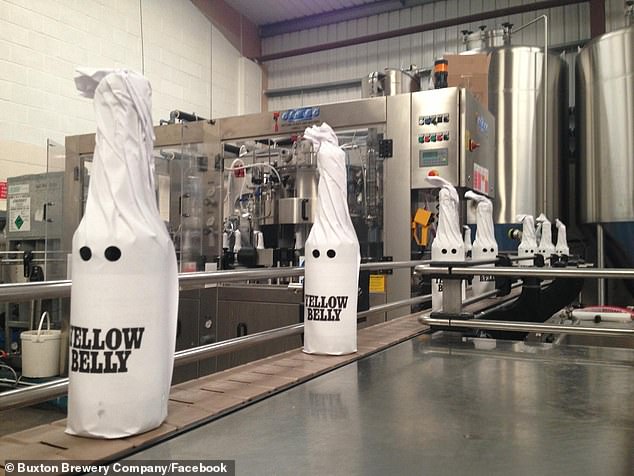 Yellow Belly was brewed in Europe from 2014 to 2018, but the powerful 11% imperial stout was discontinued after a trademark dispute with another brewery in the UK.

The brewers of the beer have said the intention was to denounce racism, noting that a yellow belly is someone ‘who is without courage, fortitude, or nerve; a coward.’

Omnipollo, in its description of the beer, said: ‘To us, one of the most cowardly deeds is to act anonymously, hiding behind a group. A signifying trait of institutionalized racism.’

It is the latest race scandal to rock the beer world, after Heineken in March was forced to pull a light beer advertisement over racism accusations about the slogan ‘sometimes, lighter is better’.

The television commercial showed a bartender spotting a woman at a bar and sliding a beer to her, past a black woman and black man, followed by the tagline ‘sometimes, lighter is better’.